The hunt for tax evaders is heating up in Germany: Tax investigators recently swept the home of acclaimed artist Georg Baselitz, confiscating several crates of files.

It seems likely that Baselitz had been given advance warning that his villa on Ammersee, a lake near Munich, was to be searched. By the time the team of officers from Bavaria and North Rhine Westphalia appeared on his doorstep, he was reportedly on his way to the Ligurian Coast in Italy, where he also owns property.

The artist's name appeared on a list of clients with the Swiss bank UBS, which was on a CD containing data on secret bank accounts bought by the German state of North Rhine-Westphalia last summer. Despite widespread media coverage of this purchase, Baselitz did not turn himself in to the tax authority -- unlike the president of football club Bayern Munich, Uli Hoeness, who admitted to tax evasion in April. The bank itself has urged clients to "actively resolve their tax problems," if need be.

In response to a SPIEGEL inquiry, Baselitz said via his secretary that he does not owe millions of euros in taxes and that there is no arrest warrant against him. He did not, however, deny that an investigation is underway, nor did he deny having now settled his tax debt.

Now 75, Georg Baselitz, born Hans-Georg Kern in the eastern state of Saxony, is one of the world's highest-earning artists. His work fetches millions on the international market, with even his watercolor paintings going under the hammer for up to $500,000. His trademark is upside-down imagery, while his portrait of a falling eagle hung in the office of former German chancellor Gerhard Schröder.

Seven years ago, Baselitz sold Derneburg Palace in Lower Saxony, which he bought in the 1970s, and moved into a striking villa on the banks of the Ammersee, designed by celebrated Swiss architects Herzog & Meuron.

"Despite all the taxes people pay, there supposedly isn't any money in this country for art," he complained in a SPIEGEL interview earlier this year. 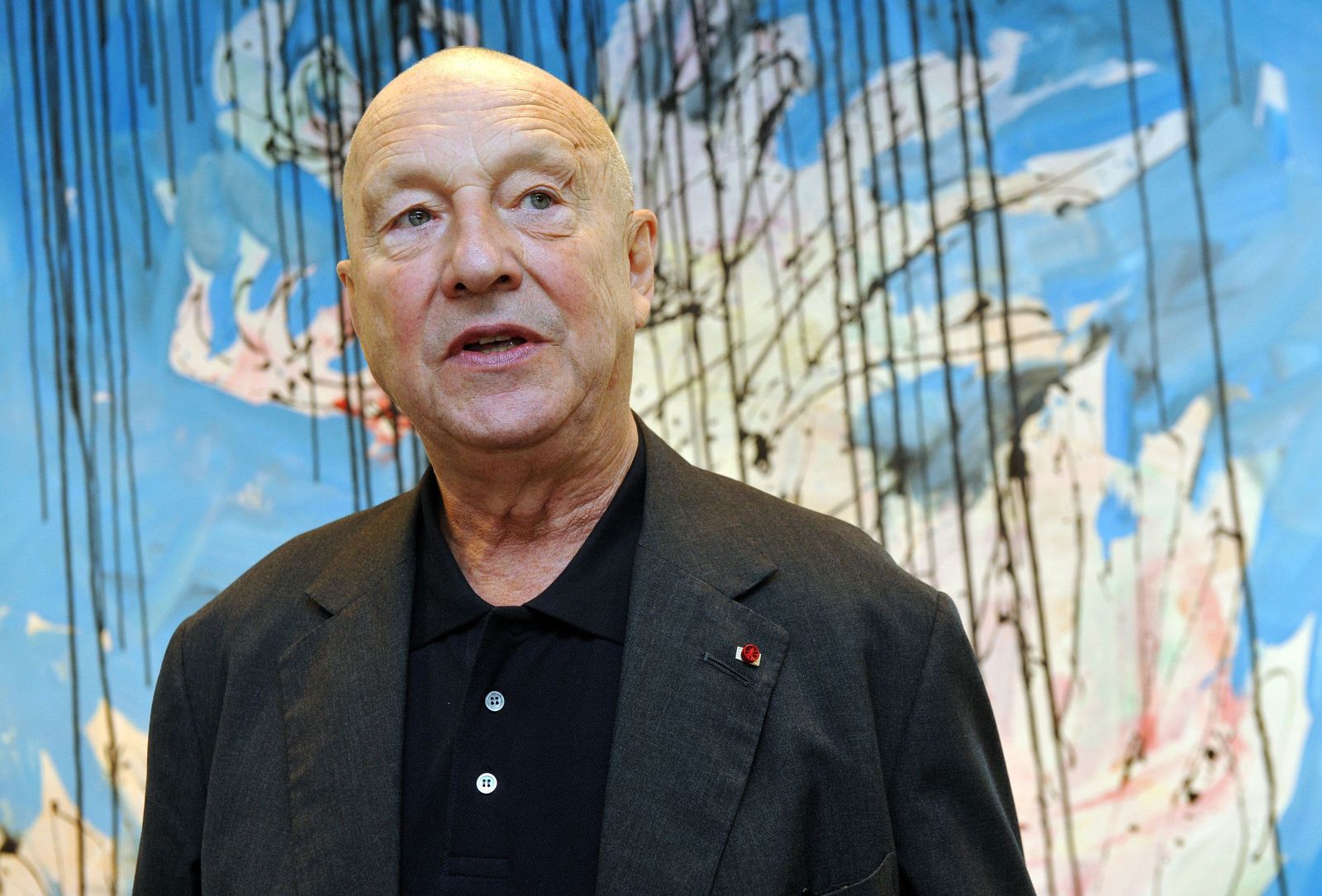 Georg Baselitz railed against the German tax system in a SPIEGEL interview earlier this year.