With a skull-and-crossbones logo and the message "Hardcore Rebels - National and Free," some 250 black T-shirts given away at a recent right-wing extremist rock festival were quickly snapped up. But there was more to the tough-looking image than met the eye.

Once the rightist rockers washed their new shirts, they were dismayed to find an entirely different message: "If your T-shirt can do it, so can you. We'll help to free you from right-wing extremism." The offer, complete with contact information, came from a group called Exit Deutschland, which helps people get out of the neo-Nazi scene.

The group sent their "Trojan T-shirts," disguised as a donation from an anonymous party supporter, to the organizers of the Aug. 6 event, which took place in the Thuringian city of Gera and was sponsored by the right-wing extremist NPD party. Exit Deutschland has been pleased with discussion the initiative prompted in online neo-Nazi forums, co-founder Bernd Wagner told daily Süddeutsche Zeitung on Wednesday.

"Why didn't we think of that?" one forum member reportedly asked.

Still, the initiative to outwit the neo-Nazis is unlikely to prompt immediate re-evaluation of their values, Wagner said. "But our name will be stored in their minds. And when they consider leaving the scene at some point, they will remember us," he told the paper. The group's main goal was to reach young right-wing extremists "in a situation where they would hopefully be alone at home."

A marketing expert in Hamburg, who wished to remain anonymous, came up with the idea together with his colleagues, the paper reported. His firm paid for the T-shirts to be printed.

Exit Deutschland was founded in 2000 by Wagner, a criminologist, together with Ingo Hasselbach, a former neo-Nazi leader. According to the group's estimates, they have helped some 400 right-wing extremists to escape the scene. 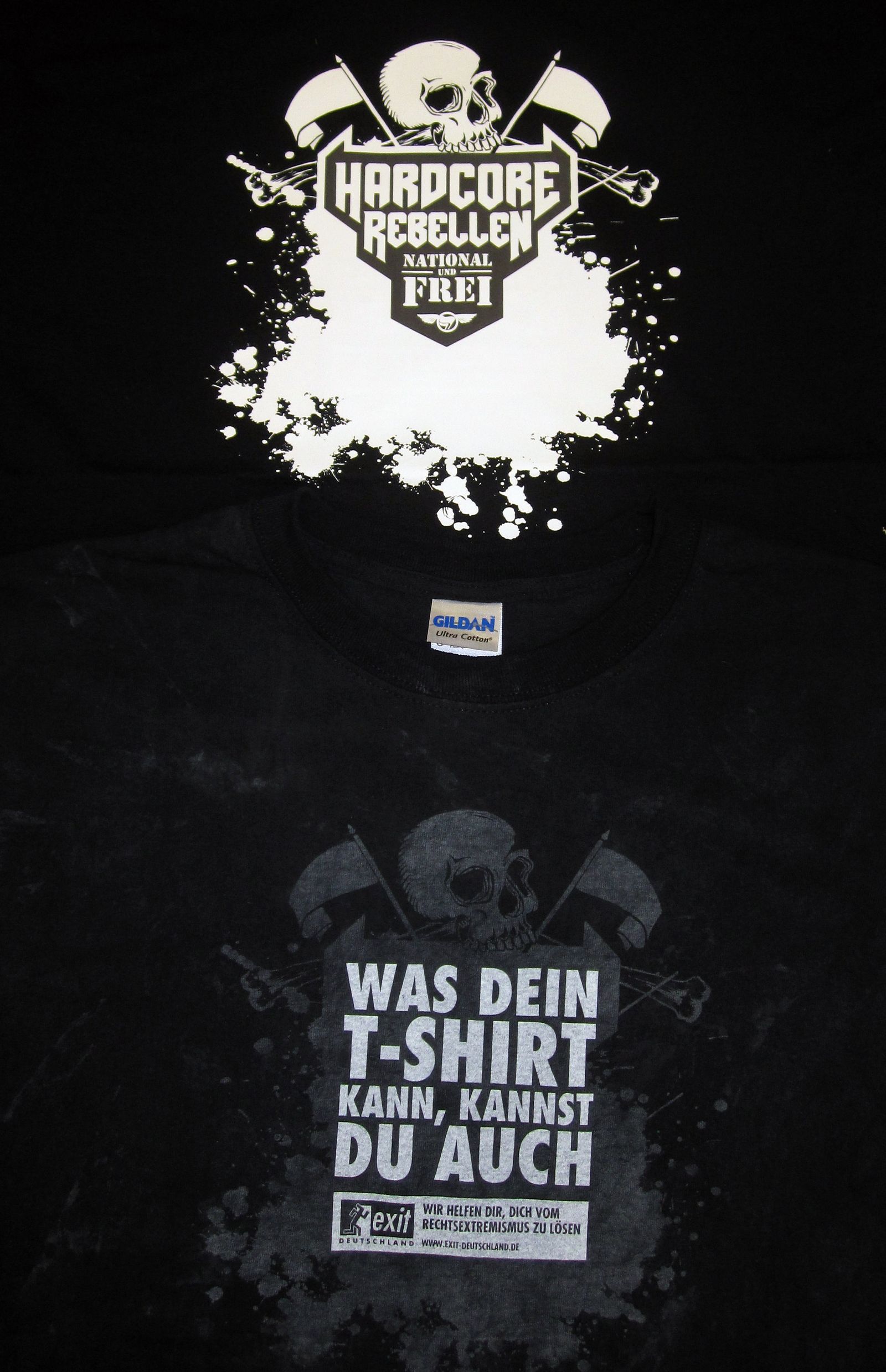 The t-shirts had a secret message. (Click to enlarge the photo and see the before and after images.)