German intelligence agencies believe al-Qaida is planning attacks on Germans abroad and possibly in Germany ahead of the September 27 general election as revenge for Germany's military mission in Afghanistan and to put pressure on Berlin to withdraw its forces, SPIEGEL has learned. 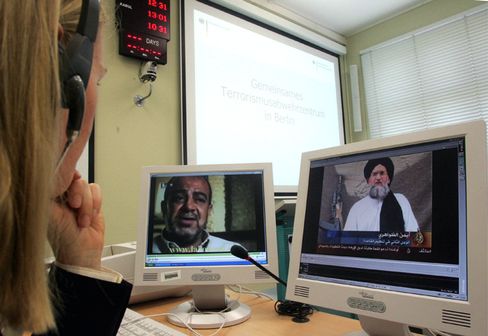 The assessment is based on a warning by the US government that the leadership of al-Qaida in the border region between Afghanistan and Pakistan has decided to attack Germany, and that the North African branch of al-Qaida -- al-Qaida of the Islamic Maghreb -- has been tasked with carrying it out. Germany's domestic intelligence agency (the Office for the Protection of the Constitution) and the BKA Federal Criminal Police Office believe that German company offices in Algeria and German citizens across North Africa are especially at risk.

But authorities are also warning about possible attacks on German soil. The BKA has sent an updated risk assessment to all regional authorities in Germany. The Germans regard Al-Qaida of the Islamic Maghreb as particularly dangerous because it consists mainly of Tunisians and Algerians who have manifold contacts throughout Western Europe. But it's unclear how well organized the group is outside North Africa.

German authorities have started warning German companies with operations in the region and are making business people aware of the risks of being kidnapped by al-Qaida activists.

In April, Marianne P. a German national, was released after being held hostage for several months in Mali after the government there agreed to release an al-Qaida member from jail. The BKA and German security services believe that future hostage takings won't have such a lenient outcome following the new instructions from al-Qaida -- and that kidnappings may be linked to unacceptable political demands, such as the withdrawal of German troops from Afghanistan.

The new assessment is in keeping with the high number of videos from Afghanistan attacking German government policy. At the end of last week, a new propaganda film by the Islamic Jihad Union emerged and threatened attacks. In early 2009, Bonn-based Islamist Bekkay Harrach, who has gone underground in Afghanistan, threatened attacks on Germany. Harrach is believed to play an important role in al-Qaida.