It would be hard to find a major court case that ended more quietly than this one. At 10:02 on Thursday morning, Ottmar Breidling, the leading judge in the trial at the higher regional court in Düsseldorf, entered into the high-security court room. "All be seated," he said, and just four minutes later, he sentenced the defendants in the largest terrorist trial to take place in Germany since the times of the Red Army Faction (RAF). Four men were sitting in the dock, a band of jihadists from Germany, who wanted to create a bomb inferno and kill hundreds of US soldiers and civilians on German soil.

The court sentenced Fritz Gelowicz, the leader of the cell, to 12 years in prison. The court handed the same sentence to Daniel Schneider. Though the would-be terrorist played a smaller role in the bombing plot, he attempted to shoot a police officer during his arrest. Adem Yilmaz , who was instrumental in bringing about the confessions made by the defendants during the trial, received one year less. Finally, Atilla Selek, the only member of the group who wasn't also a member of a foreign terror group and was only charged as an accomplice to the group for supplying them with detonators, was sentenced to five years in prison.

The men spoke and joked with each other as they have often done during the 46 days of this trial as they were lead to the dock, protected with thick glass walls. Schneider and Yilmaz wore full beards and knit caps, and Gelowicz and Selek simple pullovers. But as the court handed down the ruling, they showed no signs of emotion in their faces. No shock, no joy, no relief, no fear -- at most they just looked exhausted.

A Ruling that with Few Surprises

This sober atmosphere made the day of reckoning seem a bit unreal. On the one hand, Breidling stated in his reasons for the sentencing the total scope of the planned mass murder -- which Gelowizc and his accomplices hoped would "see the world burn," that it would be a "second Sept. 11" and that it "would really be something" if each of them killed 50 people. On the other hand, Adem Yilmaz rubbed his eyes and leaned his head back as if he were about to fall asleep.

But there was a reason for the absence of any excitement. The sentences didn't come as a surprise to the defendants. It was only slightly less severe than what the German Federal Prosecutor had asked for and a little bit stiffer than what the defense attorneys had sought. Three of the defendants agreed to waive the right to appeal, and the fourth, Gelowicz, seems unlikely to challenge the ruling. Later, Daniel Schneider's lawyer said he would seek to find a prison where he could complete high school and begin a university education.

It wasn't a given at the start of the trial a year ago that it would proceed so smoothly. Ultimately, it was the confessions made by the so-called Sauerland cell, referring to the region of Germany the group was arrested in, that enabled a relatively swift trial and eliminated much of the potential for conflict.

For his part, Breidling hasn't earned the nickname "Judge Straightalk" for nothing. The Sauerland trial was not only the most important of his career, but also the last before he retires. The harmonious ending visibly pleased him. At the same time, he also tried in this case to lay out what he felt to be the bigger picture.

These findings were included in the foreward to his verbal ruling, copies of which were distributed to journalists in the courtroom. Breidling noted that all of the justices supported the text of the foreward, but one could easily suspect that he was its author. The Breidling tone is easily recognizable.

This time, however, the judge did not find fault with lawmakers nor did he make suggestions for improvement, as he has in previous trials. Instead, in his preamble he referred to terrorism as being the "scourge of our time" and "an enormous threat to the international community." He even went so far as to speak of "angels of death" who "don't even have a rudimentary understanding of Islam."

Breidling's warnings, though, were not misplaced. While satisfaction with the verdict was widespread, there remains a danger that the damage caused by the terror plot designed by Gelowicz and his companions will be forgotten. His bombs never went off -- indeed, a defective detonator makes it doubtful that they would ever have exploded -- but he managed to attract at least half a dozen friends to his cause. Two are now dead, others are currently in the Pakistani border province of Waziristan while still others have already had their day in court. Even his wife was arrested recently, under suspicion of having sent money to terrorists, even as her husband stood trial.

But there were other side-effects of the plot as well, including a whole series of new security laws in Germany. There have been provisions passed to allow online surveillance, criminalize visits to terror training camps and to punish the possession of bomb building instructions. The trend toward more security has changed the country.

Though the trial in Düsseldorf looked deeply into Gelowicz's terror attack plans, questions remain unanswered for the public even after 65 days of testimony. For example, what was the exact role played by former secret service informant Mevlüt K., who provided detonators from Turkey and also delivered important information to Selek on the internal workings of the intelligence services? It could be that further court proceedings will shed more light on such issues.

The next case, the possible prosecution of Gelowicz's wife, is soon to come. It is clear, however, that she will only be able to see her husband in prison for some time to come. After one subtracts the time he spent behind bars in investigative custody and assuming he is paroled after serving two-thirds of his sentence, he only has "around five years left to serve," says his lawyer Dirk Uden. And then Fritz Gelowicz may be free again. 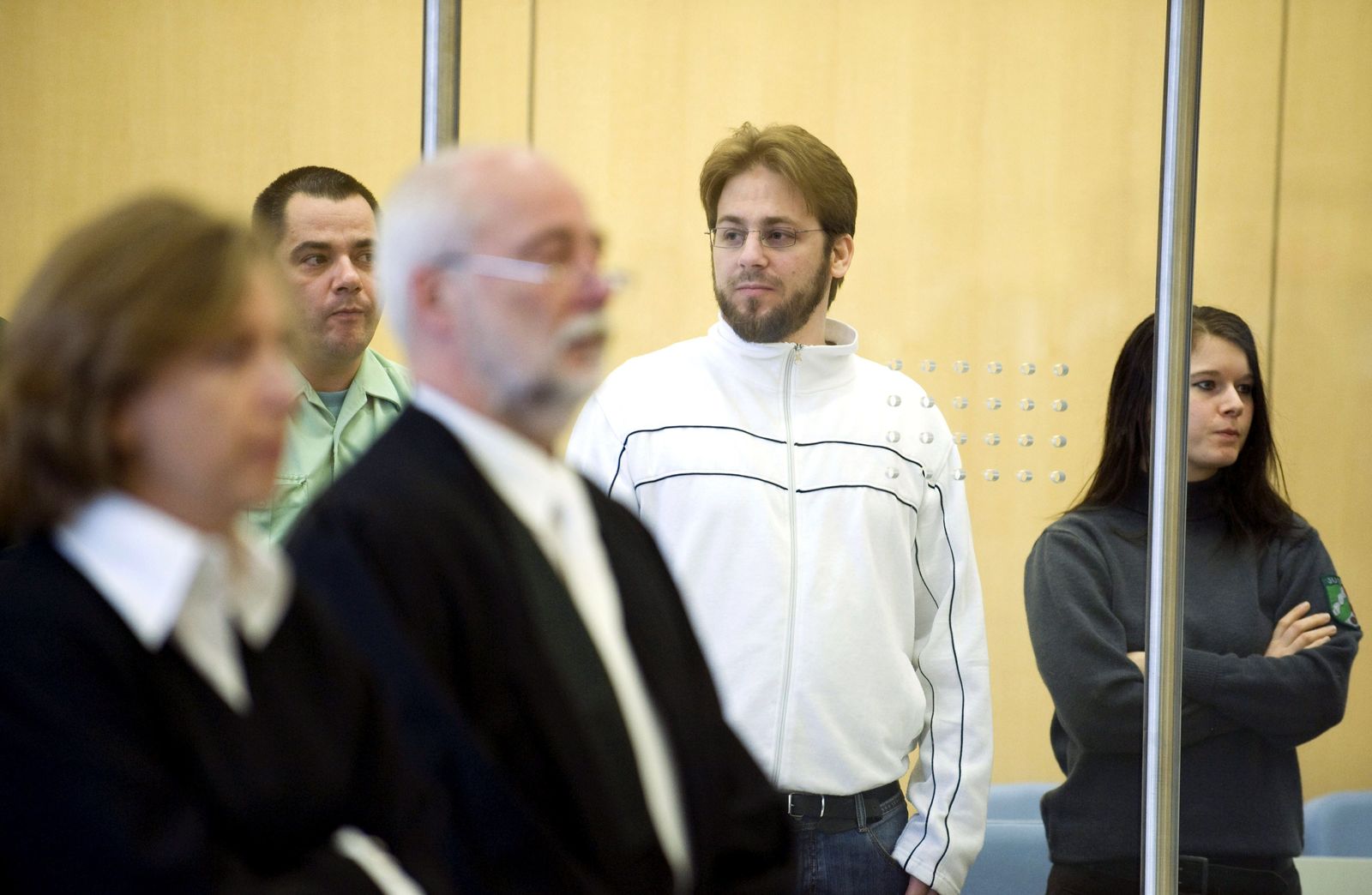 Convicted on terror charges: Will Germany's Fritz Gelowicz be freed from prison in five years?