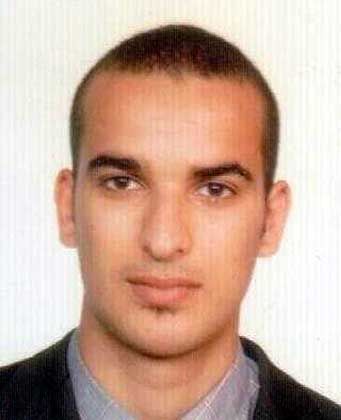 Jihad Hamad, one of the suspected train bombers, stands trial in Beirut this week.

German authorities believe that the two Lebanese studentswho tried but failed to detonate self-made bombs in two German trains last July may have done so to qualify themselves for al-Qaida missions in Iraq.

The trial of the two alleged would-be bombers, Youssef el Hajdib, 21, Jihad Hamad, 20 and four other men starts on Wednesday in the Lebanese capital Beirut. Youssef al-Hajdib, who is in custody in a Berlin jail, is being tried in absentia.

Youssef and Jihad had made crude bombs from gas canisters filled with petrol and diesel and deposited them on two German regional trains hidden in large suitcases on July 31. They both boarded trains at Cologne's main train station and got off after depositing the bombs.

The devices, fitted with alarm clocks for timers, failed to detonate. If they had, they would have created a fireball up to 15 meters wide and hurled deadly shrapnel up to 100 meters, explosive experts said. It could have been the worst terrorist attack on German soil in the country's history.

They were arrested a few weeks later after being recognized from Cologne station's security camera footage. Youssef was detained in Germany and Jihad turned himself in to Lebanese authorities after hiding at his parents' house. At the time, it had looked like an isolated plot because they declared they had been radicalized by the row over the publication of cartoons of the Prophet Muhammad in European newspapers.

But eight months on, after analyzing computer hard drives, mobile phone data, DNA traces and interrogation records, German authorities have reached a different conclusion -- that the attacks were commissioned by a man with links to al-Qaida as a test of courage to qualify them for attacks on US-led forces in Iraq.

The suspicion that the attacks were a test was reinforced by an e-mail from Youssef al-Hajddib to his Jihad Hamad six weeks before the attack. In the e-mail, Youssef wrote that his brother in Sweden had rung and said he would come to Germany on June 29. Hajdib went on to say they would need to be patient for a little longer "until we have totally made it and passed the initiation test. Then we'll travel to Iraq together."