How high is the concentration of dust particles from the Icelandic volcano? The German Aerospace Center (DLR) released the figures on Tuesday from the measurement flight that took off from its research center at Oberpfaffenhofen, Bavaria, on Monday. The plane flew over Leipzig, Hamburg and Cologne at an altitude of mostly 8 kilometers (5 miles), in order to measure the aerosol concentration with the plane's LIDAR (Light Detection and Ranging) system, according to the report, which SPIEGEL ONLINE has seen. Air samples were also examined.

"The ash clouds were recognizable as a brown layer," the DLR experts wrote in the report. The particles in the clouds of ash had a diameter of more than 3 micrometers, which would not usually be found in an unpolluted troposphere (0-8 kilometers altitude.)

The concentration of big volcanic ash particles would be comparable to the sand dust clouds from the Sahara that sometimes reach Germany. The measurements above Leipzig in eastern Germany at an altitude of 4 kilometers found a concentration of 60 micrograms per cubic meter of air.

In places the ash cloud has formed two separate overlapping layers -- for example above Munich where the layers were 500 to 1,000 meters thick. In Leipzig the two layers had merged in some places. The volcanic ash across Germany could be measured along the flight path at altitudes of 3.5 to 6 kilometers. The layers were "very inhomogeneous," both horizontally and vertically. The characteristics changed after just 100 to 200 kilometers of distance flown.

A Risk to Aircraft Engines?

The highest particle concentration was measured at the so-called atmospheric boundary layer, at an altitude of a maximum of 3 kilometers. However, this is primarily dust from exhaust fumes. The DLR team was unable to observe any ash clouds above the 3-kilometer level in Hamburg, northern Germany. The volcanic ash had obviously already disappeared there.

What the report does not answer, is whether or not the volcanic ash that was found poses a risk to aircraft engines. The German Transport Ministry wants to continue the measurements with more flights.

The danger volcanic ash can pose was shown in the case of a Boeing 747 jumbo jet operated by Dutch airline KLM back in 1989. The aircraft flew overnight above an ash cloud caused by the Mount Redoubt volcano in Alaska. The front panel and exterior shell of the plane were sandblasted and the engines failed. Luckily the pilots were able to get two of the engines to restart and executed an emergency landing.

However, this kind of scenario is highly unlikely to be caused by the current ash cloud above Europe. Test flights carried out by Lufthansa and Air Berlin caused no damage to the aircraft, the airlines say. The ash seems to have spread across a large area -- and the low concentration would cause few problems.

There is another important difference from the Alaska volcano: the chemical composition of the ash itself. The particles from Mount Redoubt contained more silicate than the dust emerging from the Icelandic glacial volcano Eyjafjallajökull.

The higher the level of silicate in the dust, the lower the melting temperature of the small, sharp-edged particles, says Carsten Münker, a volcanologist at the University of Cologne. The silicate level depends on the location of the volcano. In subduction zones, where continental plates converge -- such as in the Andes in South America, Mount St. Helens in the United States or Pinatubo in the Philippines -- the level is particularly high, around 60-65 percent. The volcanic ash in these areas consists of andesite, which has a melting temperature of less than 1,000 degrees Celsius (1,832 degrees Fahrenheit.)

Higher temperatures than that are usually reached in the turbines of modern jet engines during flight, meaning the ash will melt when it enters the turbine. "This then forms a fine molten film of andesite," Münker explains. This settles on the engine's blades and can clog the turbine's cooling air ducts. In 1989 this almost led to the crash of the KLM jumbo jet.

However, the ash from Eyjafjallajökull is not made up of andesite but of basalt, which has a silicate level of only 50 percent. Basalt volcanic dust only melts at 1,200 degrees Celsius. Temperatures of this level are only usually reached during take-off, when the engines are working at maximum thrust. It is for this reason that basalt ash shouldn't melt in the turbines.

Still, this doesn't mean there isn't any danger. The particles of ash are extremely sharp and work on the engine parts like sandpaper. The extent to which these parts are sanded by the ash, depends on the particle concentration and on how long it takes the aircraft to fly through the ash clouds.

No threshold has been determined for the amount of particulate matter it would take in the air to cause damage to jet engines. Current provisions instruct pilots to always avoid ash clouds. If that isn't possible, then the recommendation is to climb above the cloud as quickly as possible to make the time spent in the cloud as short as possible.

"In the case of a descent through an ash cloud, then the engines should be put into neutral in order to keep the temperature as low as possible," says Roland Welser, the pilot who flew the DLR test flight on Monday. And after flying through a cloud, he advises, the engine should be checked immediately.

For the airlines a rush to resume flights could also pose a risk -- that the abrasion of the engines by the ash will increase rapidly and that they will have to be rebuilt or replaced earlier than would otherwise be necessary. 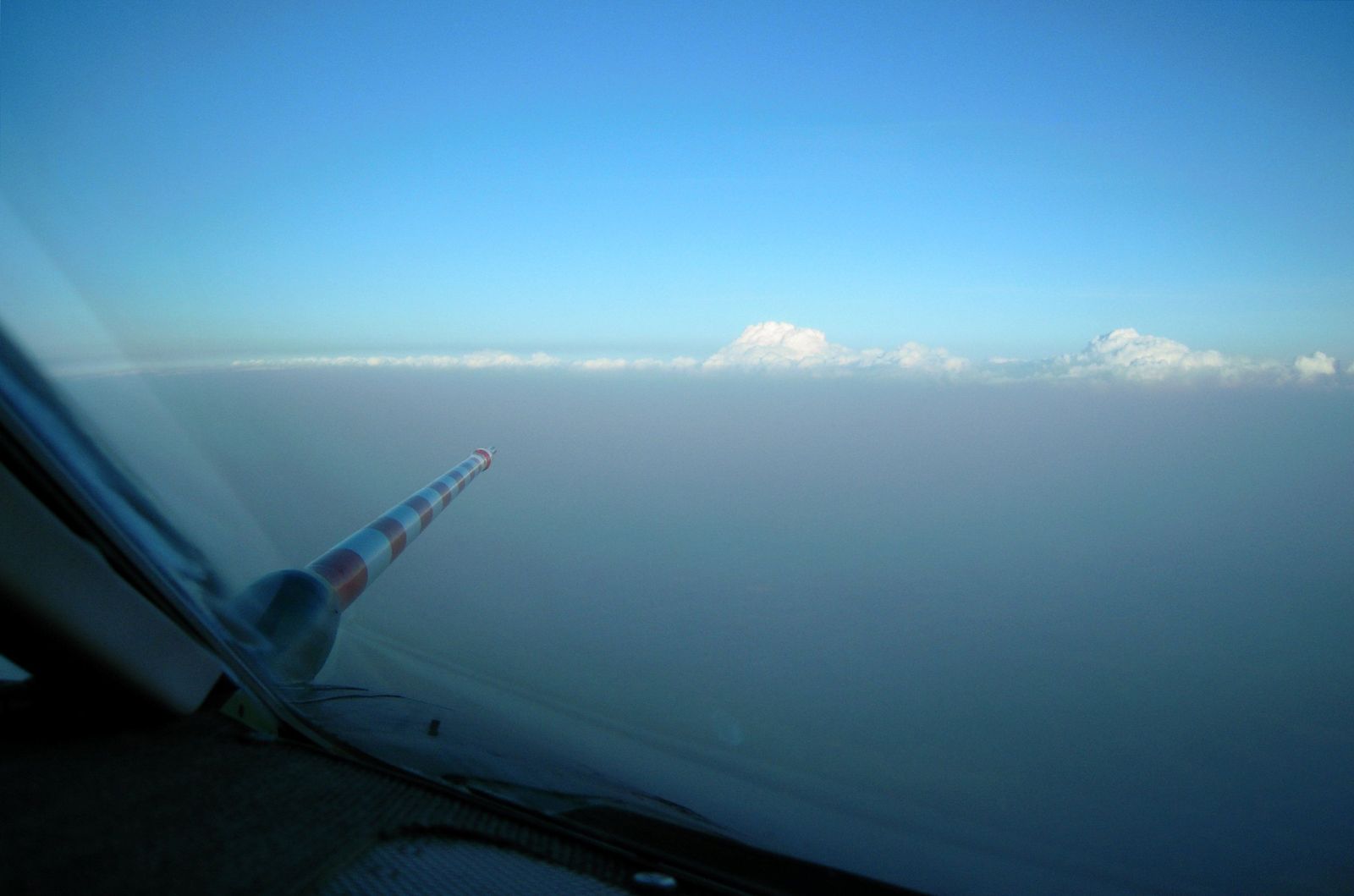