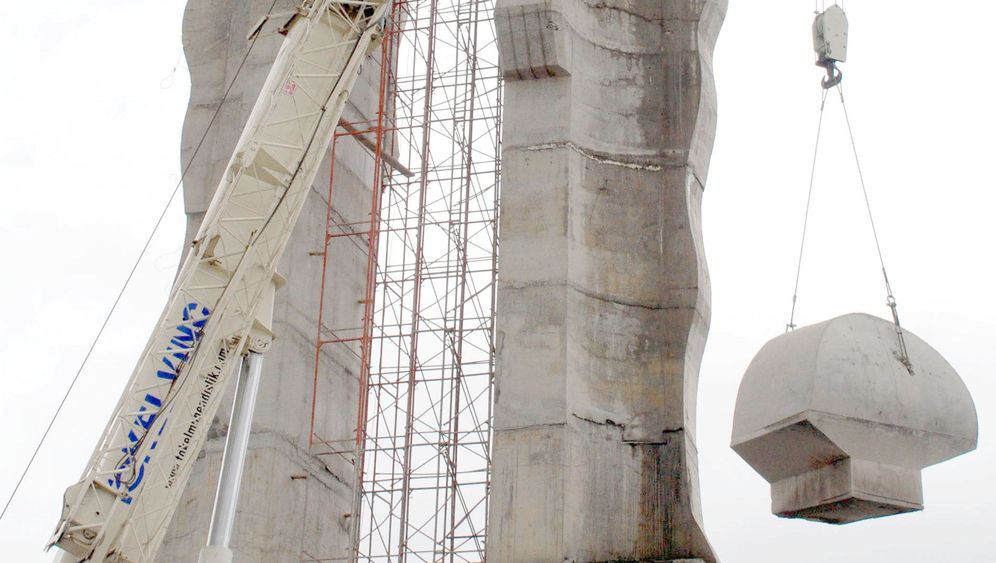 What to do with a sculpture that Turkish Prime Minister Recep Tayyip Erdogan thinks is a "monstrosity?" The statue in question is the 35-meter (115-foot) tall "Statue of Humanity" which, until recently, loomed over the southeastern Turkish city of Kars. Artist Mehmet Aksoy created the work as a monument to peace between Turks and Armenians.

But on a visit to Kars in January, Erdogan criticized the monument and lamented its location not far from the tomb of an Islamic scholar. The local municipality, led by Erdogan's party, took him at his word and began dismantling the statue in late April. The statue stood as a reminder to the World War I mass murder of Armenians at the hands of the Ottoman Empire, Turkey's predecessor.

Artist Aksoy, comparing the destruction of his artwork to the 2001 destruction of two giant Buddha statues by the Taliban in Afghanistan, vowed to re-construct the statue. But where? Adnan Oral, a restaurant owner in Berlin, thinks he has a solution. Why not rebuild the statue in the heart of Berlin? SPIEGEL spoke with Oral about his plan.

SPIEGEL: Mr. Oral, you want to bring the "Statue of Humanity," a monument to Turkish-Armenian friendship by Turkish artist Mehmet Aksoy, to Berlin. Why?

Oral: The work is being dismantled because Prime Minister Recep Tayyip Erdogan does not like it. I find it intolerable that a work of art is being torn down at the whim of a head of government and without any legitimate basis. That has not happened in recent years in Europe.

SPIEGEL: How do you imagine transporting the statue? It is 35 meters tall and weighs 300 tons.

Oral: Ach, when you compare this problem to the fate of the Armenian people, it is not so difficult.

SPIEGEL: Have you already found a location for the memorial?

Oral: At first I will store it privately, and then I will ask those responsible if they can offer me a worthy location. After all, the Germans were also partially responsible for the 1915 genocide of the Armenians at the hands of the Turks.

Oral: At that time, German officers were advisers to the sultan in Constantinople, and the German Reich had a great stake in Turkey's stability. Berlin did not do anything to prevent the murder of the Armenians.

SPIEGEL: How will you finance your memorial project?

Oral: Privately and through official sources. I will somehow manage it.

SPIEGEL: Many find the work downright hideous. Have you already seen it?

Oral: No, not in person. Art need not appeal to everyone. It must be provocative.