On Wednesday, I sat speechless in front of my laptop in Buenos Aires, where I'm currently residing for a poetry project. Unsurprised. Speechless. That day, a terrorist in the city of Halle, located in former East Germany, went on a shooting spree targeting Jews. Armed with a rifle, a bulletproof vest, and four kilograms of explosives in the trunk of his car, the man drove to the synagogue. There were 51 people inside. The only reason he didn't make it into the synagogue was because the door didn't give way when he fired at it. Instead, he murdered two other people. May we honor their memories.

The largest bomb attack in the history of Argentina occurred in 1994, in Buenos Aires, at the Asociación Mutual Israelita Argentina, the center for the local Jewish community. More than 80 people died that day. On Wednesday, only one sturdy door prevented what could have been the worst attack on the Jewish community in Germany since World War II. It was a stroke of luck -- and we can't count on a second one.

It's obvious how things will progress from here: Security will be increased at synagogues, as the leader of Halle's Jewish community, Max Privorozki, has already requested. And the Jews will again be treated as though they are valuable porcelain requiring special handling in Germany. I know. I spent my childhood and adolescence going to school behind security fences and under infrared video surveillance. That was normal for me and my friends. But that is anything but okay. After Halle, even more security cameras will be put in place. More guards will be hired and higher-security doors will be installed in synagogues and Jewish schools. I don't have a better short-term solution either.

But what kind of state of affairs is this?

Warning Signs All Over

In a statement immediately following the attack, Annegret Kramp-Karrenbauer, the leader of the center-right Christian Democratic Union (CDU), spoke of a "warning sign." But this isn't a drill, it's the catastrophe. The warning signs were the pig carcasses thrown in front of synagogues, the people accosted on the street and the politician who spoke of Hitler and the Nazis as nothing but a speck of bird shit in the thousand years of German history. This now is the storm we warned you of. And we are those who have, for years, pointed out the threat of right-wing violence. There was the National Socialist Underground (NSU), a neo-Nazi terror cell that killed 10 people, mostly with immigrant backgrounds, between 2000 and 2007; the murder of Walter Lübcke, in which a local politician in the state of Hesse was shot by a right-wing extremist; the rise of the right-wing populist Alternative for Germany (AfD); hate marches on the streets of Chemnitz; and arson attacks on refugee asylum homes.

This reveals, once more, the most German of all denials: the refusal to acknowledge that right-wing violence of the kind seen in Halle may, indeed, come down to the actions of one individual, but that it is not the product of a single perpetrator. One can recognize this by virtue of the fact that the terrorist wore a helmet camera, live-streaming his crime to an online viewing public. Nazism and hatred for everyone who is perceived as being different -- sliding effortlessly from a mark on the ballot sheet to genocide -- are a part of this country. It's difficult to learn any other lesson from our history -- and this goes right up to the present day in Halle.

The video from the helmet camera shows the man repeatedly cursing "Jews" and "kanaken" (a racist term for foreigners, most often used against Turks, Arabs or North Africans) and shooting two people -- including one in a kebab shop. Am I the only one reminded of the NSU, reminded of the years of unsolved neo-Nazi murders of people with immigrant backgrounds? Perhaps we should review, once more, what this right-wing extremist demonstrated here with perfect clarity: That this new-old racism also targets the Jews. Because those who want a Germany that is free of Muslims or kanaken also want one that is free of Jews.

It's with this knowledge that political strategies and alliances must be forged. Halle has made clear that the German "New Right" -- whose most obvious symptom is the AfD -- represents a threat to all those who don't conform to their conception of Germanness. This is not something new. It has a long tradition in Germany. But the tradition of people opposing it dates back every bit as long, if not longer. And I see this in the reactions to Halle, too.

It's not an option to give Nazis and racists free rein simply because they are more violent. It's also not an option to court them, candy coat their actions and then act surprised each time they shoot. The famous German writer Kurt Tucholsky already said everything there was to say about this in his poem "Roses Scattered on the Path."

They're in their beer halls making threats You say: "Happily, amen's the word! "You've got me now, tear me to threads!" And while they're beating you, praise the Lord.

The reaction to Halle must obviously be more than shock and consternation. It requires concrete suggestions as to what must be changed for such things not to be repeated. This is manifest, as well, in a bit of insight which seems to be more common among Jews from eastern Germany than those from the West: that after the Shoah, installing a few security cameras and thick doors does not suffice to prevent history from repeating itself. For this to happen, it would require a different society.

The understanding that antifascism and antiracism must be a part of Germany's raison d'état after 1945 -- that left and right are by no means equidistant from the middle ground of a post-Nazi civil society -- is no longer the prevailing political attitude today. But it should be.

If this country, in 2019, is not grounded on an antifascist consensus, then what is it grounded on?

Max Czollek, born in 1987, studied political science and completed his PhD at the Center for Research on Anti-Semitism at the Technical University of Berlin. Since 2009, he has been a member of the Poetry Collective G13 and a co-editor of the magazine Jalta - Positionen zur jüdischen Gegenwart (Yalta - Positions on the Jewish Present). His book "Desintegriert euch!" (De-Integrate Yourselves!) was published in 2018 by Hanser and his poetry collection "Grenzwerte" (Threshold Values) was published this fall by Verlagshaus Berlin. 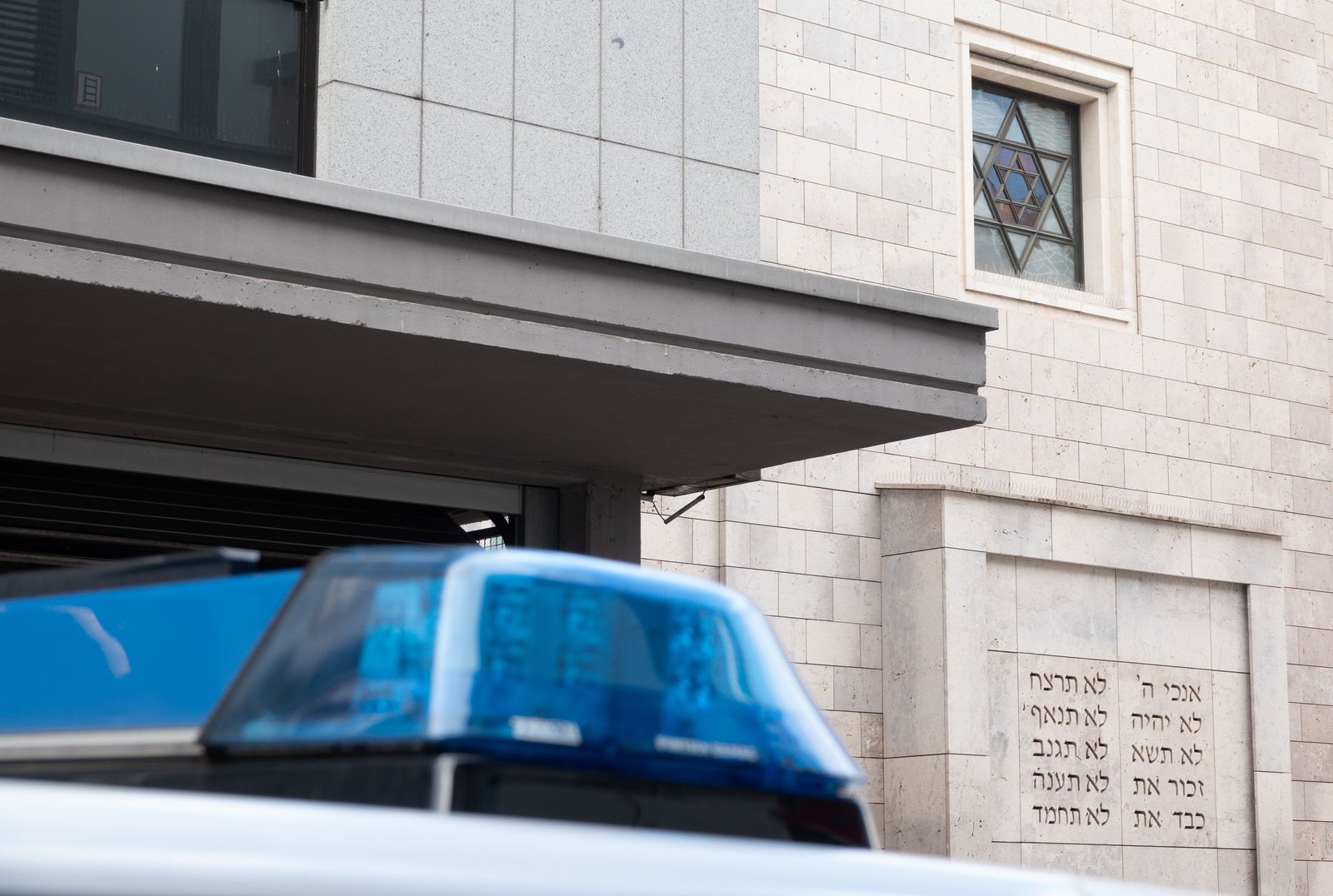 A police car stationed in front of a synagogue in Stuttgart: What kind of state of affairs is this?