It's only been a few months since a group of Bandidos allegedly ambushed and assaulted a group of Hell's Angels, their arch-enemies in the biker gang world, in Finowfurt, a small town northeast of Berlin. Investigators and prosecutors say that at least half a dozen Berlin-based Banditos chased down a group of Hell's Angels from the city, resulting in a savage fight.

When all was said and done, a gravely wounded Hell's Angels hanger-on named Enrico K. was lying on the street -- with an axe in his leg. When the police questioned him about what had happened, he attributed his gruesome wound to "a traffic accident."

In the biker system of values, there have always been two constants. One is the sacred "code of silence." The other is the hatred for enemy biker clubs. As such, a recent development in the Berlin biker scene -- first reported by SPIEGEL TV and SPIEGEL ONLINE on Wednesday -- is as unprecedented as it is explosive.

A total of 76 members and supporters of "Centro," as the Berlin chapter of the Bandidos is known, are reportedly trying to defect to the Hell's Angels camp. Investigators say the would-be defectors have already appeared in public wearing brand-new red-and-white Hell's Angels garb, and that they have seen André S., the head of the local Hell's Angels club, speaking with members of the rival club. The 45-year-old S. was recently stabbed -- likely by Bandidos.

Officials believe that Frank H., the head of the Hell's Angels club in Hanover, hammered out the details of the defection last week with "Centro" leader Kadir P. Likewise, Peter M., one of the highest-ranking Bandidos in Europe, confirmed to SPIEGEL ONLINE that the crossover took place on Tuesday evening. However, when questioned about the matter, Hell's Angels member Rudolf "Django" T. declined to confirm that the defectors had been accepted into his organization yet, saying only: "We'll let you know in the next few days."

While the defecting members of "Centro" -- both notorious and feared in the biker scene for their violence -- have cut ties with their old group, it appears that their membership in Hell's Angels has not yet been finalized. But the bikers have stripped their club house in Berlin's northern Reinickendorf district of all Bandido insignia.

Recent months have seen an uptick in violence between the rival motorcycle gangs -- particularly in Berlin, the northern state of Schleswig-Holstein and eastern Germany. And the attacks have been escalating, from knife assaults to shootings to explosives. The reason: the Bandidos have managed to recruit hundreds of young men, many of them from immigrant families in Germany's east, and put the Hell's Angels on the defensive.

Kadir P's "Centro" chapter has proven particularly brutal in this ongoing feud, and difficult to control. Its members have repeatedly made savage attacks on rivals in the Hell's Angels camp, which has close ties to the far-right fan club of a local football club. Indeed, one newspaper article recently reported that the Hell's Angels in Berlin refuse to allow foreigners into their ranks.

Now, however, the brutality would appear to have been forgiven and forgotten -- the avowed enemies may soon become brothers in arms.

In the meantime, police units have taken up positions in front of the Bandidos' clubhouse in Berlin. Investigators also say that biker-related properties have been kept under observations in Berlin and the surrounding state of Brandenburg since Tuesday evening. "We want to see whether a war breaks out," one investigator told SPIEGEL TV.

Nobody knows, after all, how the Bandidos will react to this mass defection. Revenge and retaliation? Do the "traitors" now have to fear for their lives? In short, what does the defection mean?

"That they're gone," says Peter M., the number-two man in Europe's Bandidos organization, before hanging up the phone. 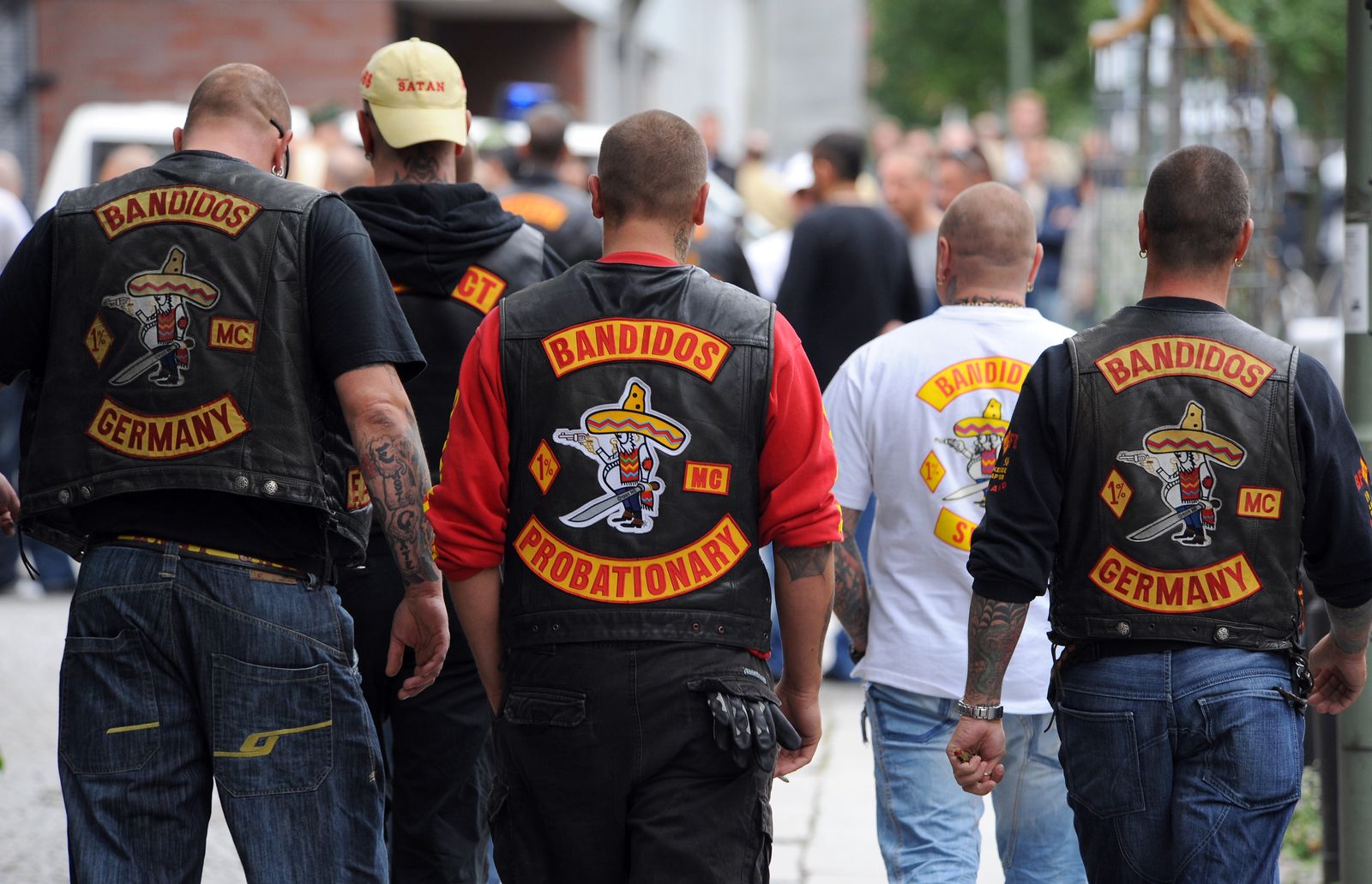 A number of Bandidos in Berlin have turned their back on their club and defected to the local Hell's Angels chapter. Police are worried about a fresh outbreak of violence.