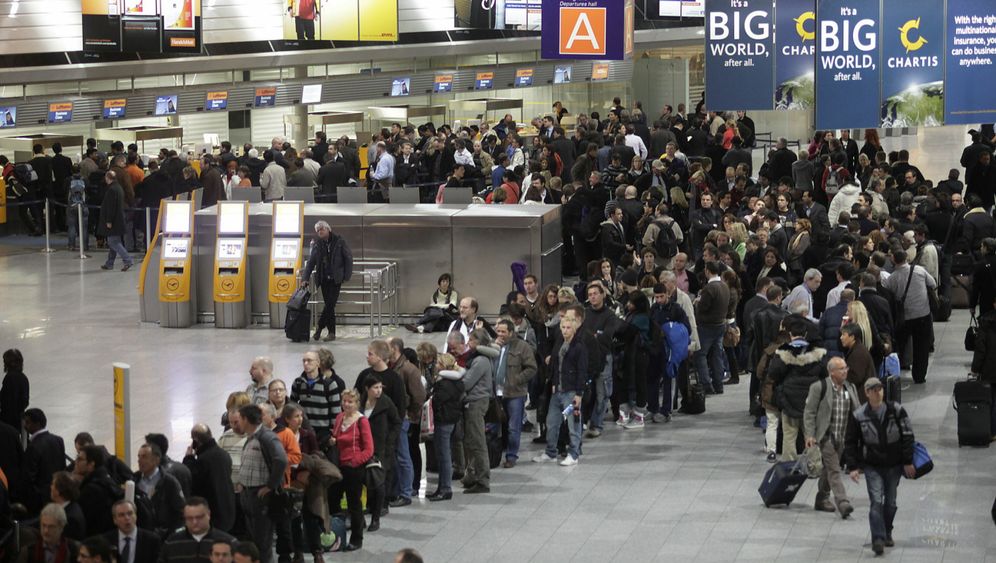 Snow, snow and more snow: Germany, along with much of the rest of Europe, continues to struggle under heavy snowfalls in what appears to be the early onset of deepest winter.

Flights out of Berlin and Frankfurt were heavily affected Thursday due to the snow and a lack of a chemical de-icing agent, used to ensure that planes did not have so much ice and snow on them as to become dangerous. In Frankfurt almost 3,000 passengers were stranded, with around 500 forced to spend Thursday night on camp beds inside the airport. In Berlin, almost half of the 700 flights passing through the capital's two airports were cancelled. On Friday though, representatives from airports in the affected cities reported that travel was getting back to normal, with the arrival of more of the de-icing agent and the slow clearance of backlogs.

Train travel was also affected, mainly by delays. High speed trains which normally travel at about 250 kph (155mph) were restricted to 160kph (100 mph); later on, they were allowed to travel at 200 kph (124 mph). In Nuremberg, trams stopped running due to snow on the lines and in Leipzig, where snow looked to cause a similar problem, city officials kept their trams running all night so as to keep the lines clear.

In around 30 districts around the state of Thuringia householders had to wrap up warmly, when the storm caused tree branches to fall on power lines. Power supply was disrupted for about 12 hours but, according to electricity company E.on, it has since been resumed.

Road transport was hindered by the snow with traffic jams and accidents causing problems. One highway in the state of Thuringia saw a 900-vehicle jam that was 40 kilometers (24 miles) long develop. The snow trapped drivers on the highway between Frankfurt and Cologne and rescue services provided blankets and warm drinks to those stuck on the road.

In some areas of Germany where snowfall was particularly heavy, children got Friday off school, some of the weekend's club football games have been postponed or relocated due to the condition of playing fields and Berlin Mayor Klaus Wowereit has asked the city's residents to help overwhelmed road crews keep their own sidewalks free of ice, making them less risky for pedestrians.

The weekend forecast should see the snow easing up -- temperatures are expected to rise to between one and six degrees Celsius (between 33.8 and 42.8 degrees Fahrenheit) and there may even be rain amid expectations of "wet cold" weather. However, this could bring its own problems: Authorities are now warning of the dangers of icy roads and pavements when the melted snow freezes up again, and also of flooding.