German authorities began the first national census in nearly 25 years on Monday. A team of 80,000 interviewers set out to knock on people's doors as part of a major data collecting operation. Information will be gathered from some 26 million people, roughly a third of Germany's population.

The survey will bring Germany in line with European Union regulations which stipulate that member states should hold a census once every 10 years, a timeframe which is also recommended by the United Nations.

The last time Germany tallied its population was in the era of two Germanys: West Germany carried out a census in 1987 and East Germany conducted one in 1981.

Property owners, occupants of shared premises and a randomly selected 10 percent of the population will be surveyed during the 2011 headcount. People will be questioned on their education, job status and immigration background. Those surveyed are legally obliged to respond, facing a fine of more than €150 ($217) if they don't.

Is Germany Smaller than Thought?

In Germany, residents are required to register their place of habitation with the local authorities, and the information gathered in the census will be combined with existing data in order to create the most accurate estimate of the population possible.

Statisticians predict that the survey may well reveal the German population is smaller than thought. The statistics office predicts that up to 1.3 million people still counted on regional population tallies may not actually exist. The impact of the new survey may be far reaching as well: The data will be used to determine the flow of funds to each region. In addition, it may affect the number of seats each region can elect during national and European Parliament ballots.

Ahead of the 2011 census, television advertisements have been screened, underlining how the survey helps to ensure that the government provides enough roads, schools and public services to residents. The publicity campaign is also designed to allay Germans' long-standing fears of invasion of their privacy.

Opposition was particularly fierce during the last census held in Germany, where everyone in West Germany was counted. In 1987, many people took to the streets to protest the government's plan and even boycotted the survey.

Suspected incursions into privacy rights spark heated debates in Germany where Google Street Viewand Facebookhave faced vocal opposition because of their data collecting practices. And this time round, the state is also being challenged on a number of counts. Critics argue that the information requested goes further than that the EU specifications. Data protection campaigners also fear that the gathered information may not remain anonymous.

The Chaos Computer Club, a Berlin hacking group, has even warned that the state is compiling "the most extensive file on the population in German history."

Peter Schaar, Germany's federal commissioner for data protection, meanwhile voiced skepticism that the findings may not justify the survey's cost, estimated at €710 million.

But fears of a "Big Brother" state appear to have receded since the dramatic reactions to the 1987 census. A survey by the Hamburg-based polling firm Ears and Eyes showed that only 29 percent of a sample group would prefer not to participate in the census. In contrast, 32 percent said they didn't mind the survey and 39 percent said they would be happy to take part. Younger people were particularly open to being monitored.

The first results of the census are expected to be made public in late 2012. 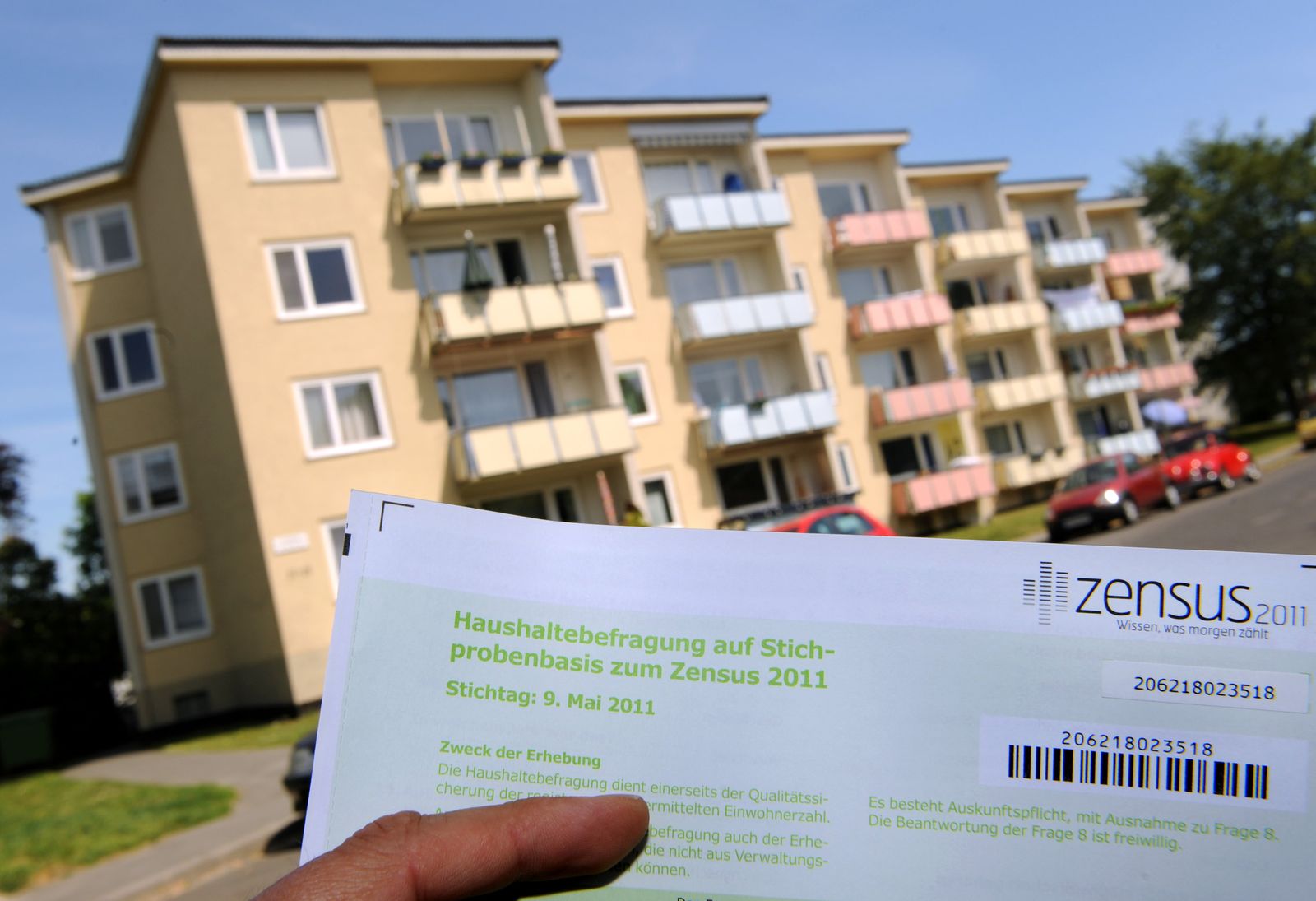 Interviewers head out to survey Germans. Almost a third of the population will be interviewed in the first census to take place here since the 1980s.