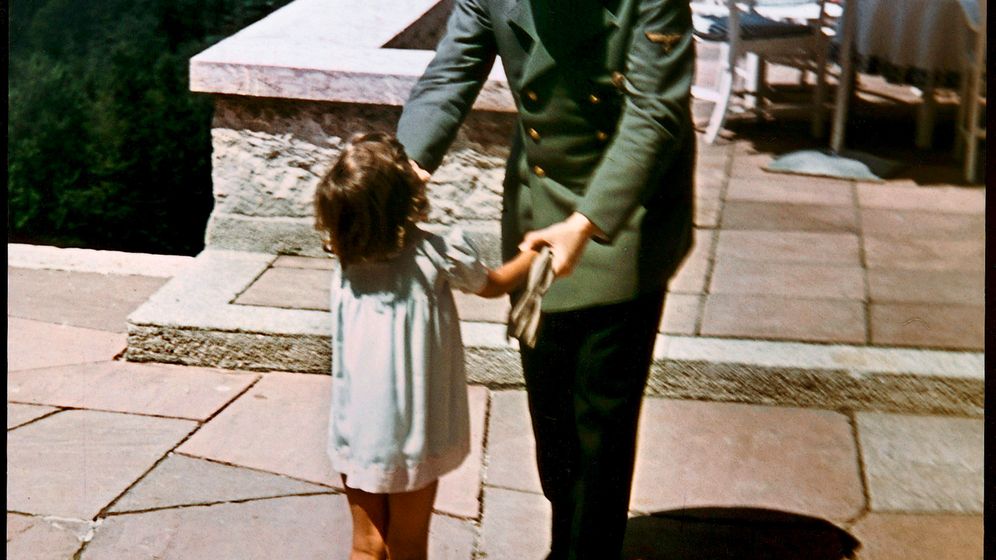 It was a pleasant, dignified and very Bavarian celebration. There was a brass band, a group in lederhosen and dirndls, local dignitaries and even a close associate of the pope. All of them were there to attend the dedication of the Wegmacher chapel, a small roadside chapel in Obersalzberg, Adolf Hitler's mountain headquarters in the southeast corner of Germany.

Matthias Ferwagner, head of the building authority in the nearby town of Traunstein, told a touching story about a girl named Sophia who had cancer and placed daisies on the chapel's walls as a way of comforting her parents and how, shortly thereafter, the chapel was able to open its doors and fulfill its purpose of bestowing divine protection on Bavaria's road-construction workers and drivers.

Now, 13 years on, many of the guests who attended the dedication are starting to wish the chapel had never been built. It is difficult to ascertain, of course, whether the building is fulfilling is sacred function of protecting travelers. What is clear, however, is that the chapel is causing nothing but trouble in the secular world.

The red marble flagstones on the chapel's floor are now rumored to have an unpleasant past, and many locals fear that the nearly 10 square meters (108 square feet) of stone used to build it could become a pilgrimage site for neo-Nazis and National Socialist die-hards, thereby creating a problem for the tourist industry serving the surrounding area.

The reason for this apprehension is a belief held by some that these flagstones may once have adorned the terrace of the Berghof, Adolf Hitler's mountainside retreat on the Obersalzberg, towering above the town of Berchtesgaden. Florian Beierl, a historian who has been looking into the history of the Berghof, is one of those who adheres to this idea.

Since Beierl went public with his theory in the International Herald Tribune in February, the chapel has been a major topic of discussion in the region. And now that some people are calling for the chapel to be demolished, local newspapers, Bavarian television stations and the online media have been debating whether Beierl should have just kept his mouth shut. In his defense, Beierl says that sweeping his suspicions under the rug would have gone against the seriousness called for when dealing with Germany's Nazi past.

A Matter of Symbols

This fight over Hitler's flagstones may seem absurd at first, but they are nevertheless of high symbolic value. After falling in love with Obersalzberg in the 1920s, Hitler established an informal, second seat of government in the Alpine region and many of his henchmen likewise built villas near Hitler's Berghof. Eva Braun, Hitler's mistress and future wife, once lounged on the flagstoned terrace in her bathing suit. Hitler greeted children and petted German shepherds on the stones. And the Nazi dictator played host to leading party officials, including Heinrich Himmler and Martin Bormann, on them. Indeed, speaking of the Berghof, Hitler once declared that "all of my great plans were developed there."

Once World War II was over, the US Army demolished most of the remaining buildings belonging to the bombed-out Alpine complex in order to obliterate Hitler's retreat once and for all. Grass was allowed to grow over the site, and a soccer field replaced the area where SS barracks once stood.

In 1996, Bavaria's state government took over control of the historically charged compound. To keep away those who might harbor nostalgia for the Nazi past, officials drew up plans to build a luxury hotel and a documentation center on the site, and the government began demolishing the Berghof's remaining walls and digging out their foundations below ground.

Then, in 1999, an excavator working on the site sank into the ground, leading construction workers to stumble across a huge system of subterranean bunkers. Boiler rooms, supply shafts and secret shelters stretched across several hundred square meters. The rooms had been abandoned since 1945.

The Bavarian Finance Ministry responsible for the project decided to act quickly. It didn't want to leave open any chance that news of the discovery would reach Hitler's admirers -- or authorities in charge of preserving historic monuments. The ministry couldn't bear to think of being forced to preserve the ruins of Hitler's compound for posterity. Quickly -- and without getting historical-preservation authorities involved -- the Bavarian government began a second wave of demolition, this time underground.

Indeed, the instructions from Munich dictated that every stone was to be crushed into small pieces and all debris was to be removed from the site. In February 2000, a geological engineer was even brought in to supervise the ultimate destruction of the material. Security personnel with German shepherds guarded the fence around the site against neo-Nazi pilgrims. "We have eliminated the past insofar as it was there in the form of ruins," then-Finance Minister Kurt Faltlhauser told Bavaria's state parliament at the time.

Too Nice to Destroy

But Faltlhauser was wrong. The trade in Nazi devotional objects -- including musical instruments, silverware, coffee cups, window frames, heating pipes and, in this case, marble from the area around the Obersalzberg -- went on just as it had before.

Residents report that many still usable objects secretly made their way through the fence surrounding the site as it was being destroyed. Tourists, locals and people working on the site made off with various items. And even Ferwagner, the head of the building authority, found it too much of a shame to send the marble off to be crushed. Instead, he had several slabs of the stone sent to a building yard in the nearby town of Bischofswiesen. "We didn't waste a lot of time asking questions," the architect says today. And besides, he adds, such activities weren't expressly forbidden.

More than any other items, the red marble flagstones from the Berghof terrace were seen as being worthy of preservation in that they were fine works of masonry. So Ferwagner instructed a driver to have them stored in a safe part of the building yard.

A few months later, when it came time to lay the floor of the Wegmacher chapel, the stones came in very handy for Ferwagner. As always, money was tight. And the Berghof flagstones were there -- and free. Ferwagner wasn't unduly bothered by the stones' Nazi past. He was sure that, when the chapel was consecrated, the marble would be cleansed of any evil spirits.

According to Ferwagner, he isn't the only one who doesn't have a problem using Hitler's marble. "You can hardly find a mason in the region who isn't storing columns and stone blocks from Obersalzberg," he says. For example, a wealthy man from the area is rumored to have built remains from the Berghof into his monumental villa. Other places allegedly containing stones from the Berghof are the police academy in Mitterfelden, the nature conservation academy in Laufen and the foyer of the building authority office in Traunstein.

Cursed by Its Past

Berchtesgaden can't seem to shake itself free from Hitler, and no one seems to know quite how to deal with the area's embarrassing legacy. When it comes to the touchy issue of whether the chapel needs to be destroyed, even the Finance Ministry is trying to duck the issue: It intends to review old contracts to see if it is even responsible for the matter.

Meanwhile, it still isn't even certain that the flagstones in the chapel really are the same ones that belonged to Hitler. Eyewitnesses told Beierl, the historian, that Ferwagner was also duped, and that the terrace flagstones from the Berghof were never actually delivered to the building yard. Instead, they claim that the stones were switched out on their way down from Obersalzberg to the valley with red flagstones taken from a demolished bridge. Those stones, they say, are the ones that were later built into the chapel.