The more than 250,000 secret documents from the US State Department show just how critical the American diplomats were of the new German government. In particular, the new Foreign Minister Guido Westerwelle, leader of the pro-business Free Democrats (FDP), is cast in a negative light. The secret reports describe him as incompetent, vain and critical of America. The US diplomats report that they face a challenge in dealing with a politician who is considered an "enigma," who has little foreign policy experience and who "remains skeptical about the US." An embassy cable from Berlin from Sept. 22, 2009 describes Westerwelle as having an "exuberant personality." That is why he finds it difficult to take a backseat when it comes to "any matters of dispute with Chancellor Angela Merkel," the cable says.

There are 1,719 reports from the US Embassy in Berlin included in the documents. The Americans considered the chancellor to be the better contact person when it came to foreign policy issues, the documents make clear. In comparison to Westerwelle, Merkel was seen as having "more government and foreign policy experience." However, the US diplomats also had reservations about the chancellor. She was referred to several times in the reports as Angela "Teflon" Merkel, because so little sticks to her. "She is risk averse and rarely creative," noted one report from March 24, 2009. The Americans argue that the chancellor views international diplomacy above all from the perspective of how she can profit from it domestically. Merkel had "cast off the yoke of the Grand Coalition only now to be encumbered with a new FDP-CSU double yoke," a cable from February 2010 reported. "Grand Coalition" is shorthand for Merkel's first administration in coalition with the center-left Social Democrats. "CSU" stands for the Christian Social Union, the Bavarian sister party to Merkel's Christian Democrats.

The US diplomats obviously have a deep network of informants in Germany. One source in October 2009 reported frequently from the ongoing coalition negotiations to form a government between Merkel's conservative Christian Democrats and Westerwelle's FDP. The informant was a "young, up-and-coming party loyalist" from the FDP, wrote the US Ambassador to Berlin, Philip Murphy, in a report from Oct. 9, 2009. The source had "offered (the embassy employee) internal party documents in the past." He was prepared to read out personal notes he had made and to hand over documents from the negotiations.

In an interview with SPIEGEL, Murphy defended this as normal diplomatic work. "We speak with people. You get to know each other, you trust people and you share your estimations." He said he was "unbelievably angry" with those who had downloaded the material. According to Murphy, his people had "done nothing wrong" and he would not "apologize for what they had done." 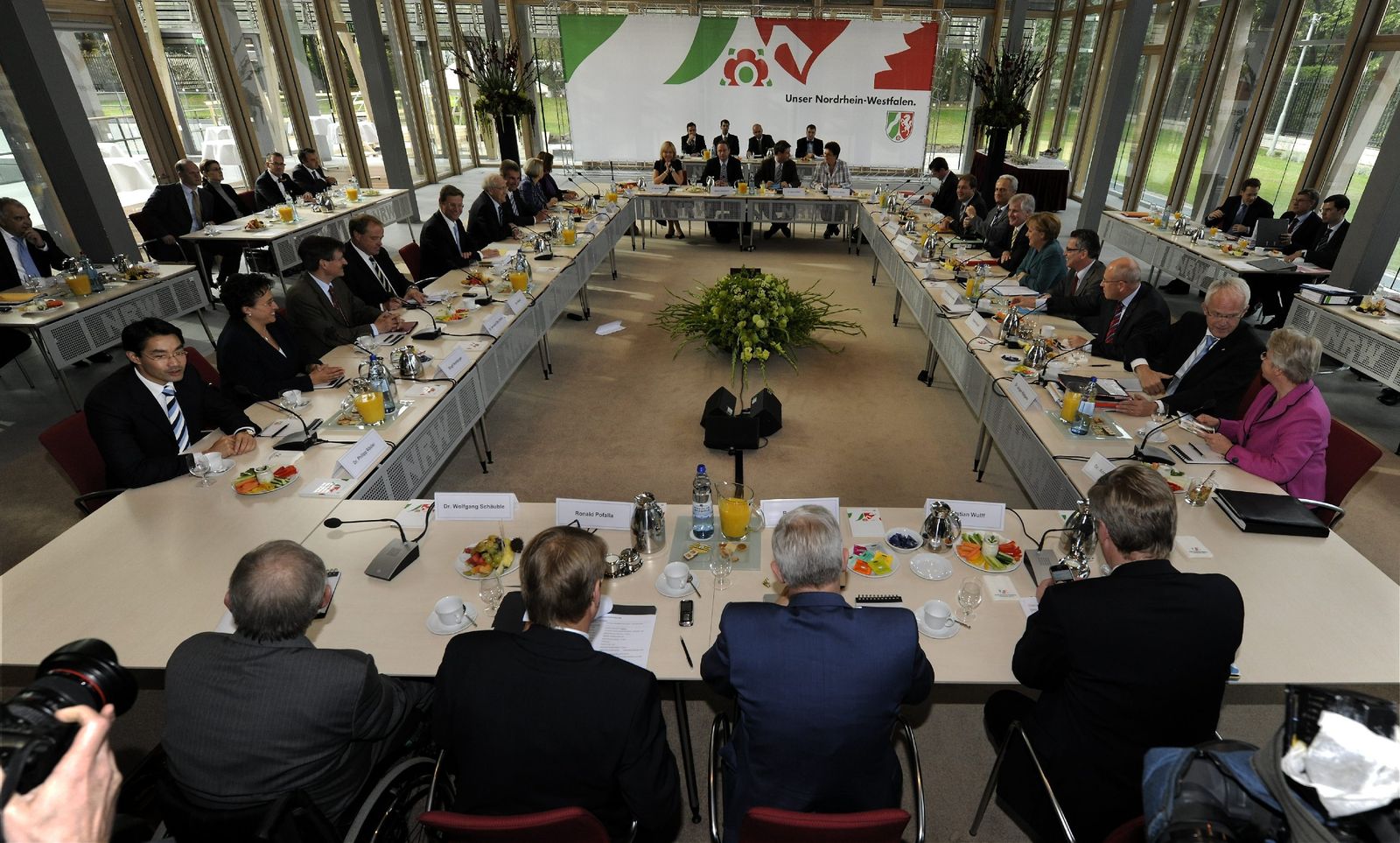 The US was kept abreast of German coalition negotiations as they took place. Here, Chancellor Merkel's Christian Democrats meet with Foreign Minister Westerwelle's Free Democrats in October 2009. Internal notes from the talks ended up in Washington not long afterwards.