SPIEGEL: Even though Defense Minister Karl-Theodor zu Guttenberg has renounced his "doctor" title in the face of clear evidence that he plagiarized large portions of his dissertation, the storm of criticism against him has hardly subsided. How unique is his case?

Winnacker: In my personal surroundings at the university, nothing like it has ever happened because every professor has the means to ensure that it doesn't. At the German Research Foundation, we have seen a series of falsification and plagiarism cases. In response, we hired an ombudsman who one can contact should there be suspicion of misconduct. I have never seen a dissertation that includes such an extensive number of passages from unnamed sources.

SPIEGEL: Where does the failure lie?

Winnacker: Individually, of course, with Mr. zu Guttenberg, but his dissertation committee at the University of Bayreuth also failed. The entire Ph.D. process involves intense collaboration with the applicant's advisor and an expert appraisal by the committee.

SPIEGEL: And this committee noticed nothing out of the ordinary.

SPIEGEL: What do you think about the university's reaction since the case became known?

Winnacker: By withdrawing his Ph.D. degree, they reacted quickly and correctly, which I welcome. They countered the impression that academia sees plagiarism as a trivial offense.

SPIEGEL: What are the consequences for Guttenberg?

Winnacker: Academia never forgets such an incident. We academics cannot lock anybody up, only judges can do that. But the penalty is that one will be ostracized forever. (In criminal law), most prior offenses disappear from the record eventually. But in academia, such a violation can never be erased. People who do such a thing have no future whatsoever in academia. They would never receive a position of responsibility; there would be no possibility of a career.

SPIEGEL: What lessons do you think academia can learn from the Guttenberg case?

Winnacker: A blanket suspicion of all Ph.D. candidates would be absurd. But the case does show that doctoral students cannot be supervised to the degree necessary. Expert supervision should remain in the hands of the faculty advisor, but every university should establish a central institution that monitors all Ph.D. candidates and ensures that minimum academic standards are met.

SPIEGEL: Why have so many German citizens and politicians remained loyal to Guttenberg despite the plagiarism scandal?

Winnacker: He is apparently regarded as a good minister. People believe that it wasn't deliberate. But society, it would seem, is applying a double standard. A bakery employee who takes a pastry is fired. But in the case of Guttenberg, his breach is being balanced against his individual accomplishments, his position and his charisma. I am surprised that such an appraisal is being undertaken in such a clear-cut case involving such a cardinal value as honesty. I simply don't understand it.

SPIEGEL: Guttenberg's apologists say that the case involves nothing more than a few footnotes.

Winnacker: It could be that society as a whole doesn't know enough about the rules of academia and doesn't value the importance of such rules in ensuring, for example, that tax money results in quality research results. Maybe it will take a bit more time before this realization becomes broadly accepted.

Winnacker: I can't decide for him. He must make up his own mind. I am speaking from the academic perspective, not from a political one. But the minister should personally reflect on whether he can speak about values in front of soldiers or students of German military universities. In such a situation, he would at the very least have to say: Don't do what I did.

SPIEGEL: Are you disappointed that the reaction from the German government and from Chancellor Angela Merkel's conservatives, of which Guttenberg is a member, has been so hesitant and that so many are defending Guttenberg?

Winnacker: At the moment, we are seeing a lot of rapid reactions. Chancellor Merkel is deeply rooted in academia and knows the importance of academic principles. But she has to react to the events of the day and decide which conflicts she can become involved in. Nevertheless, this case will not be forgotten. All those who are acting on the basis of tactical political calculations will have to re-evaluate their verdict. 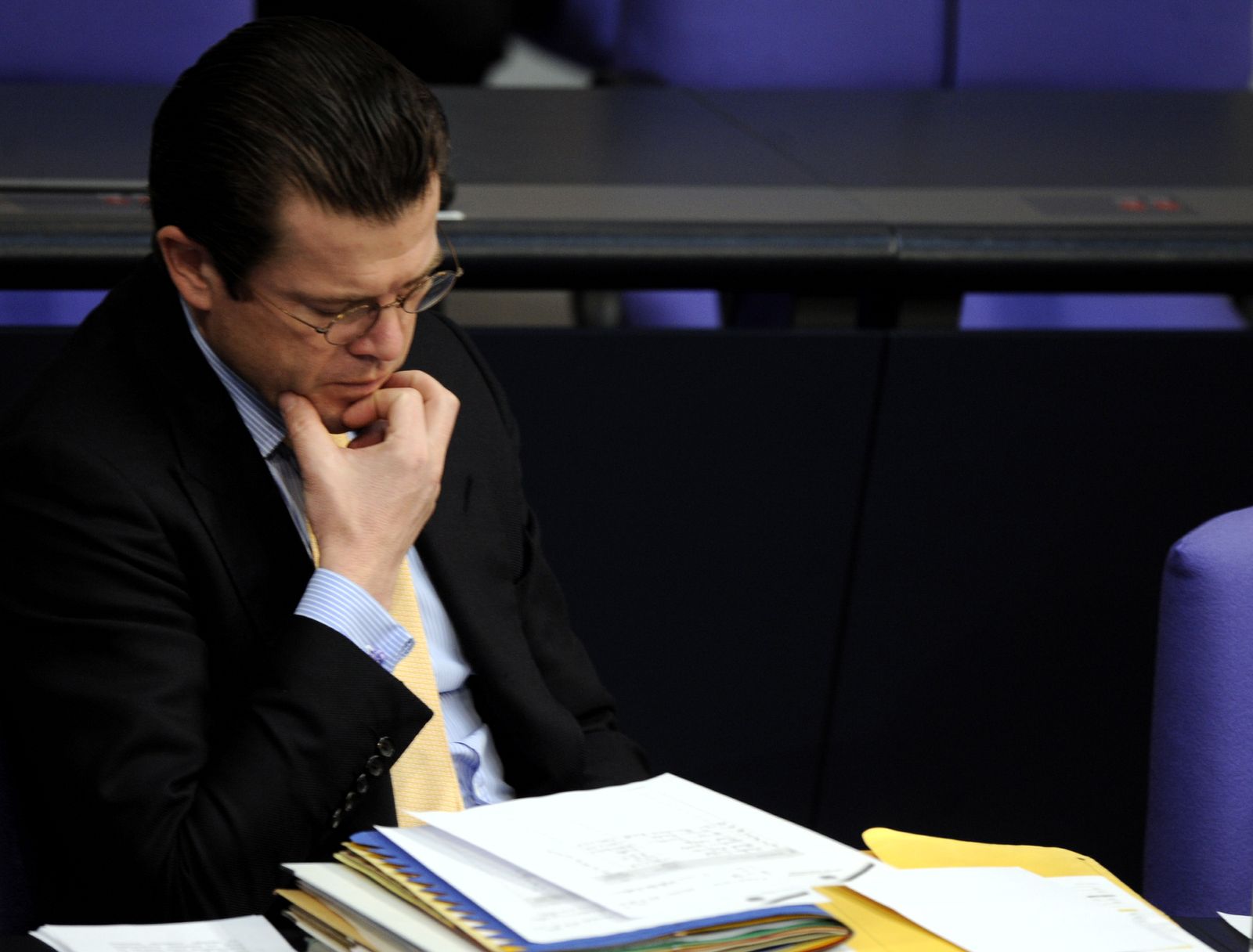 German Defense Minister Karl-Theodor zu Guttenberg may not be out of the woods yet.