No, no, says Rudie Cortissos, his family didn't originally come from Greece, the name just sounds Greek. They were Sephardic Jews from Portugal, he says.

Cortissos is sitting at the dining room table of his bright and spacious apartment in Amsterdam. He is surrounded by plush carpets, cut-glass decanters, silver bowls and wooden sculptures from Africa and Asia -- the inventory of a successful life. Cortissos, 70, now retired, saw the world as a pharmaceuticals representative. His wife lifts up the framed photos from the sideboard, one by one: two children, four grandchildren.

Cortissos only has one photo of his mother Emmy. It shows a beautiful young woman. He also has the letter that she wrote to her husband and son, who were able to remain in their hiding place. She threw it from the train before it started heading east on May 18, 1943. Cortissos starts to read the letter, but his voice cracks with emotion. He takes off his horn-rimmed glasses and wipes his eyes with the sleeve of his suit jacket. "Words of encouragement," says Cortissos. "She had absolutely no idea what was going to happen." 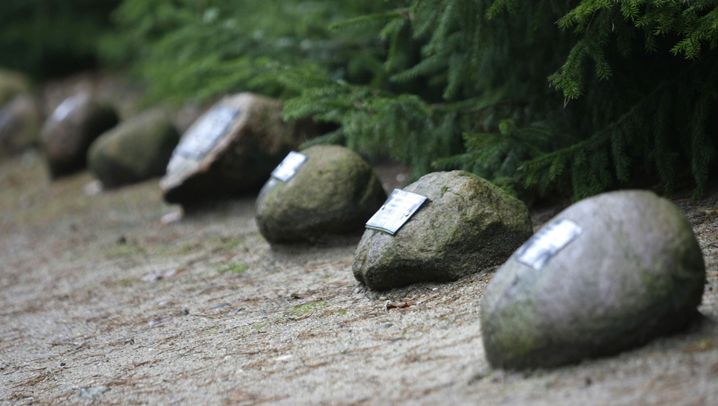 His mother died a few days later in the gas chambers of the Sobibor extermination camp, 1,300 km (800 miles) from Amsterdam, along with nearly all of the 2,461 men, women and children on board that train, which left the Dutch concentration camp of Westerbork headed for hell. More than 60 members of Cortissos' extended family lost their lives in the death factories of the Nazis.

This weekend Cortissos will travel to Munich with a prepared statement. He intends to tell the court how Sobibor has burnt itself into his life -- and the lives of the other members of his family. Sobibor is there when he lights a gas stove, when he sees a showerhead and when he goes to the dentist and has to think about gold crowns broken out of victims' jaws.

Next week the trial of Ukrainian-born John Demjanjuk, 89, will begin in Munich Regional Court. The public prosecutor's office accuses him of being a camp guard in Sobibor during the days in 1943 when Rudie Cortissos' mother was murdered for only one reason -- because she was a Jew.

The court has accepted a total of 35 co-plaintiffs, which even exceeds the number who took part in the spectacular Frankfurt Auschwitz trials from 1963 to 1965. Approximately 20 of them will attend the opening day of the trial: men and women who lost parents, siblings, spouses and, in some cases, entire families.

They hope that the suffering of their family members will finally be made public before a court of law. "The co-plaintiffs want truth and justice," said Cornelius Nestler, a law professor from Cologne who is representing around 30 men and women from the group. "Everyone who was responsible for the murders must bear that responsibility until the end of his life."

Most of the co-plaintiffs live in the Netherlands and have been discussing the upcoming trial for months. On Monday morning they will be seated in Room 101 of Munich's criminal justice center, a courtroom with steep rows of seats arranged in a semi-circle and a seating capacity of 147, which will not be enough to accommodate all the journalists and members of the general public. Over 200 reporters have already registered to attend the trial.

Saved by His German Shepherd

Dutchman David van Huiden, 78, will also be there. In order to save his life, his parents impressed upon him that if the Nazis staged a raid, he should immediately take the family's German shepherd for a walk. They were relying upon the Germans' love of animals to save the 11-year-old boy, and it worked. David was able to pass undisturbed through the roadblocks. He managed to reach a gentile family that was willing to help him. A friend brought him to the province of Friesland, where he was hidden. There, he assumed a new identity; he went by the name of Paul van Essen and said he had been bombed out of his home in Rotterdam. He attended church with the others -- and survived.

His mother, his stepfather and his older sister were rounded up and brought to Westerbork. They were placed on a transport of prisoners that left the camp on June 29, 1943, headed for Sobibor.

"My family couldn't defend itself," says van Huiden. Demjanjuk must have also known the value of a human life, he said. "If he's guilty, then he should receive the most severe possible punishment."

But the trial could prove to be a frustrating experience. It won't be easy to prove the defendant's guilt and ensure that he receives a just punishment, as the legal representatives explained to their clients at a meeting in Amsterdam two weeks ago.

A Cog in the Machinery of Death

The man in the dock is not a Nazi bureaucrat like Adolf Eichmann, the so-called "architect of the Holocaust," who was tried and executed in Israel nearly 50 years ago. Nor is Demjanjuk a brutal sadist. This is the first trial of one of the Nazis' foreign helpers, the final link in the chain of command -- the smallest cog in their machinery of death. The co-plaintiffs and the journalists will have trouble recognizing the monstrosity of the Nazis' crimes in this defendant, who will probably remain silent throughout the proceedings.

Demjanjuk was a member of the Red Army when he was captured in the spring of 1942 and placed in a German prisoner of war camp. Officers selected the young man and brought him to the Trawniki camp, east of the Polish city of Lublin, where he and some 5,000 others from Ukraine and the Baltic nations, including ethnic Germans, were taught to conduct raids against Jews and work as guards in concentration camps.

Documents show that one of the places where Demjanjuk served duty was Sobibor, an extermination camp in occupied Poland, where a group of no more than 30 SS henchmen and 120 foreign recruits gassed, shot or beat to death an estimated 250,000 Jews. Demjanjuk was sent there in March 1943, and this transfer is noted on his SS identification card and other documents, which constitute the main body of evidence.

Demjanjuk has been charged with 27,900 counts of accessory to murder. This number is an artificial construct. Investigators added up the names of those who were deported from Westerbork to Sobibor between April and July, 1943: a total of 29,579 in 15 trains. They then subtracted the number of deportees who presumably died in transit: a legal exercise in arithmetic that sends shivers down one's spine.

Based on this figure, the prosecution intends to use the Demjanjuk trial to establish a landmark in German legal history. The question is not whether the defendant murdered with his own hands. As a guard, Demjanjuk was part of the system in Sobibor, say the prosecutors, and the sole purpose of this camp was the mass and efficient murder of people. Demjanjuk has consistently denied the charges.

And what of the victims? Two survivors of Sobibor are expected to take the stand: Thomas Blatt and Jules Schelvis. Blatt, an 82-year-old Polish Jew, was 16 years old when he managed to escape during a prisoner revolt in October 1943. His younger brother and his parents died in the camp. The other witness, the 88-year-old Dutchman Jules Schelvis, was immediately taken aside to work in a labor detail following his arrival in Sobibor on June 4, 1943 -- his wife Chel, their parents and younger siblings died. Both men have written books that are considered standard works, and both have appeared in court as co-plaintiffs at earlier trials.

As for those co-plaintiffs who are not witnesses, they will have to content themselves with merely observing the proceedings once they have confirmed their identities. They are not expected to play an active role in the trial before the closing arguments are made.

The short lives of the victims won't be the focus of this trial, but rather the long life of the defendant and the state of his health. Demjanjuk has been diagnosed with a preliminary stage of leukemia. Statistically speaking, he has a life expectancy of less than a year. A nerve in his back is pinched, which causes him pain while in a sitting position, and he suffers from gout from time to time. He was recently vaccinated for swine flu, but had an adverse reaction to the immunization.

It is very possible that these proceedings won't end with a verdict because the defendant will have been declared unfit to stand trial.

Co-plaintiff David van Huiden says that it isn't as if he has to deal with the Holocaust every day. He had a successful career as a businessman, culminating with a position as chairman of a Dutch importers' association. He is happily married to his wife Liesbeth, who is also a survivor, and he has two grown sons and a grandson. But there is one question that he hasn't been able to answer his whole life long: "Why am I the one who survived? Why me and not the others?"

It is the survivors, not the perpetrators, who are plagued by feelings of guilt. That is the final bitter irony of the Holocaust. This also explains why it so important for the survivors that the guilty parties can be identified, even if every trial is a struggle for the justice system and for themselves.

Mary Richheimer Leijden van Amstel, 70, will travel with her husband to attend the trial, although her daughter has tried to dissuade her. "She thinks it will be too much of an emotional strain for me, but I am determined." She survived as a child, hidden away. Her parents, her grandparents and her cousins died in Sobibor.

"Traveling to Munich," says Richheimer, "is the only thing that I can still do for them." 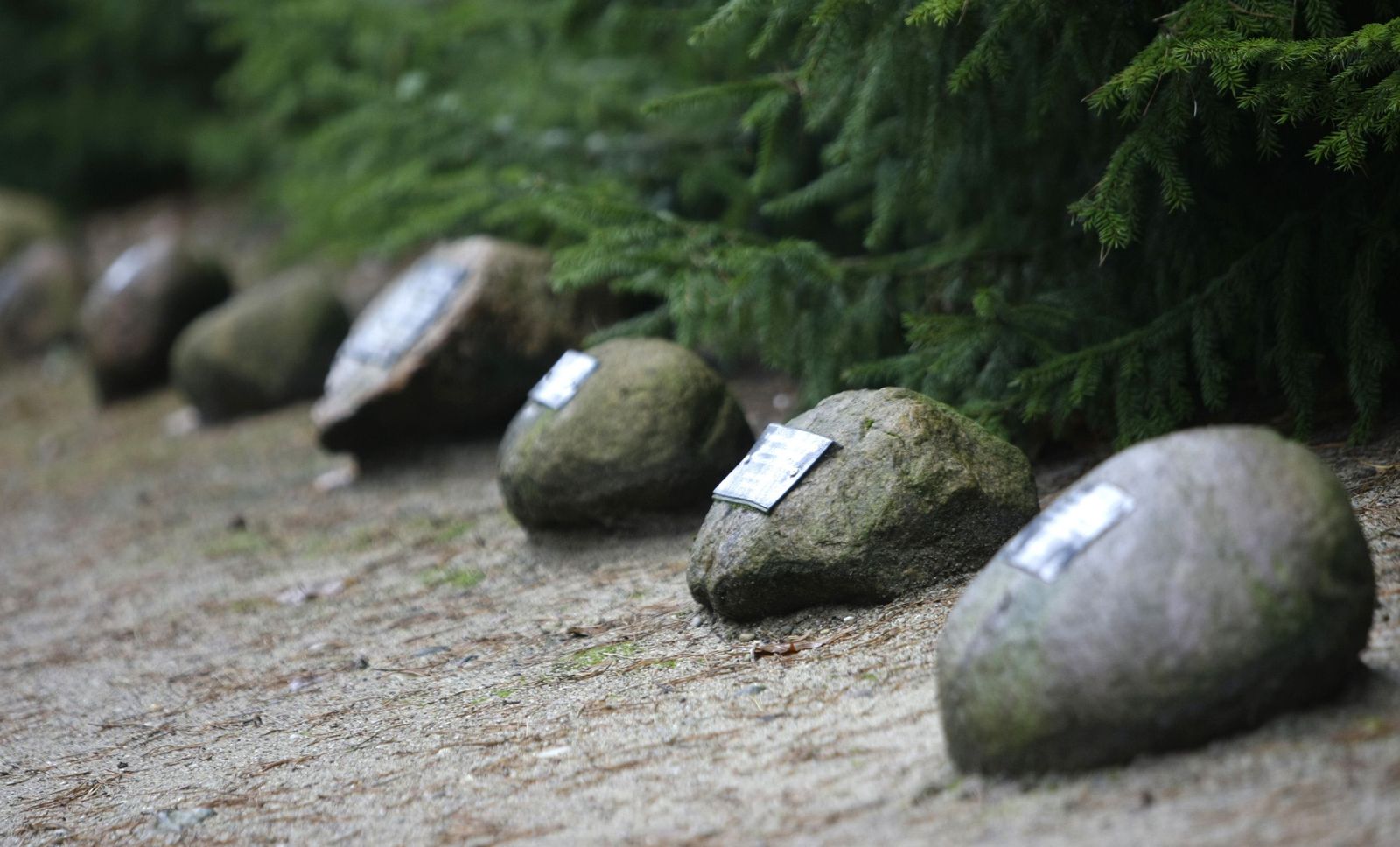