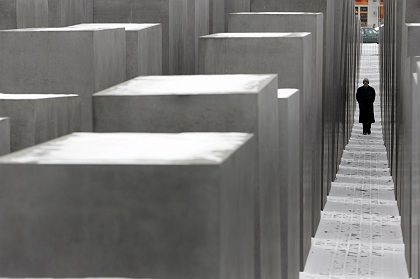 Germany has done a lot to try to atone for the Holocaust. But there may be more to come.

The sums involved have been enormous. For decades, the German government has paid out billions to Holocaust survivors in an attempt at recompense for the brutal crimes committed by the Nazis.

But even as the World War II generation is rapidly shrinking, a new conflict is looming over who is responsible for the suffering of the next generation. And Germany may soon find itself having to pay millions for the psychological treatment needed by the children of Holocaust survivors.

The Fisher Fund, an Israeli charity that helps Holocaust survivors, is currently in unofficial talks with German government officials about finding money to fund much-needed psychological care for tens of thousands of survivors' children in Israel. Traumatized by having been raised in dysfunctional homes and now suffering from depression, anxiety and other psychological maladies, the Fund says they urgently need help -- but there is no money available to pay for it. If the talks fail, they plan to launch a class action suit against Germany -- with thousands of potential plaintiffs.

"We think there should be a solution to this problem and we think that part of the solution -- maybe the main part -- should come from Germany," Baruch Mazor, general director of the Fisher Fund, told SPIEGEL ONLINE. Germany, he says, is responsible for the suffering of the second generation: "The connection is clear-cut."

The Fisher Fund, Mazor says, took on the issue after being approached by a large number of survivors concerned about the next generation. And he emphasizes that, as only a small minority of survivors' children develop psychological problems, the sums involved would not be large. The maximum amount required would be some $10 - 20 million per year and would only be used for treatment and for an accompanying cultural project where interviews with children of survivors would be filmed.

"They showed great sympathy for the problem," he says, referring to the representatives of the German government he has spoken with. "They think they can help us find the resources."

Few of the affected children of survivors are able to pay for the treatment themselves, explains Natan Kellermann, a clinical psychologist who works with Amcha, a non-governmental organization that provides psychological treatment for Holocaust victims and their children. The second generation, he says, grew up "under the shadow of impending catastrophe and constant mourning and we see that they have deep scars and need treatment," Kellerman explains. "They have not been able to study or develop a profession because of their condition." If money were available, he says, it would make "a big, big difference."

But the money is simply not there, and the Israeli government is unlikely to step in. There is currently an outcry in Israel about the fact that one third of Holocaust survivors, according to a recent report, are living in poverty. The second generation is not likely to be on Israel's funding radar any time soon. And Amcha's biggest benefactor, the Conference on Jewish Material Claims Against Germany -- which works to secure compensation for survivors of the Holocaust and heirs of victims -- only provides support to survivors themselves, not their children.

"Our priority is using our funds to meet the needs of the living survivors," Gideon Taylor, executive vice president of the Claims Conference, told SPIEGEL ONLINE, explaining that these needs were "very significant" and in many cases "unmet."

Unlikely that Germany Will Provide Funds

But despite Mazor's optimism, it seems unlikely that Germany will provide the money either. In a statement given to SPIEGEL ONLINE, Ingeburg Grüning, a spokesperson for the German Finance Ministry -- which is responsible for compensation payments to Holocaust survivors -- explained that a precondition for recompense is that the claimant be a direct victim of Nazi violence. That criterion has long been part of the principles accepted by international treaties relating to Holocaust reparations. "An amendment of the compensation principles is not planned," she said.

Grüning emphasized that the "moral and financial reparation of the wrongs committed by the Nazi regime" has had and continues to have a high significance for the German government, which has already paid out a total of around €64 billion to Holocaust survivors. "However, the personal suffering of millions can not be undone and also can not be made up for in this way. Hence Germany's largest efforts in terms of reparations are concentrated on Holocaust survivors who were directly affected."

Regarding the Fisher Fund's plan to take legal action, Grüning said "A class action suit is unlikely to succeed."

But Mazor, who repeatedly stressed that he only wanted to find a solution to an "objective problem" and that he preferred a negotiated agreement to a court settlement, made it clear that the issue was not going to go away. He said that there was enormous interest in Israel in the plight of the second generation due to extensive media coverage of the Fisher Fund's campaign. "Thousands" of potential plaintiffs have got in touch with the Fisher Fund, and the case is already being prepared, he says.

The Fisher Fund has not yet chosen a legal partner for the suit, nor the country where it will be filed. Mazor also did not want to say when the suit might be brought, but made it clear that "it won't be years."

"If those conversations we are having now are not fruitful, then there will be a very strong, decisive and clear demand that is 100 percent supported by the general public here," he says.