SPIEGEL: In your study, you say that 20 percent of the students at the vocational schools you studied in the eastern German state of Saxony espoused extreme right-wing views. Did this surprise you?

Nattke: Yes, mainly because I set the bar for calling someone extreme right-wing very high for this study, especially when you compare it to other studies. Other studies classify someone as right-wing if they agree with half of the standard extreme right-wing tenets. But, with my study, it was three-quarters. I didn't want to exaggerate the potential level, and I also wanted to figure out who really buys into this kind of thinking.

Nattke: To see how many different ways there might be for dealing with this issue. It's pretty hard for a vocational school to really influence people who already have set ideological beliefs.

SPIEGEL: The vocational school as reformatory?

Nattke: As long as young people are in school, I think there's a wide range of possibilities for making an intervention. You can start early on, from the fifth or sixth class (ed's note: between 10- and 12-years-old). But the option to help by having young people experience democracy through some sort of project ends when school finishes. You can't expect that parents will teach them that.

SPIEGEL: You're speaking from experience. When you were younger, you were active in an extreme right-wing group yourself.

Nattke: From the age of 13, I was socially involved with extreme right-wing groups. Mine was a totally normal East German story, of which there are many. The only difference was that I didn't just dabble in neo-Nazism for a short time. Instead, I remained part of the scene for quite some time -- until I was 20. A lot of people manage to get out before then, but it wasn't like that for me.

SPIEGEL: What sort of group was it?

Nattke: It was "The Nationalists," a group centered around Frank Schwerdt, the current head of the National Democratic Party (ed's note: the NPD is a far-right party that espouses neo-Nazi ideology) in Thuringia. At the time, they would send groups into Brandenburg to recruit younger people. It was a strategy that started in small towns. And, at the time, people weren't so opposed to them yet. The right wing took advantage of the vacuum left after the East German state dissolved. Before that, there had been state-organized youth groups, but now there aren't.

SPIEGEL: Why were you active in the neo-Nazis scene?

Nattke: It's hard for me to talk about it. These days, it almost feels like I'm talking about someone else. There are all sorts of reasons why I was there. I can't give you a single concrete reason that would explain it all.

SPIEGEL: You were not just a follower. The Brandenburg state branch of the Office for the Protection of the Constitution, Germany's domestic intelligence agency, targeted you for observation.

Nattke: When I was 18, I was fairly prominent in the neo-Nazi scene in Guben (ed's note: a German city in the southeastern part of Brandenburg right near the Polish-German border). The scene took over my life. But Guben is a small place with about 20,000 inhabitants. If you can write and think clearly, you can assume a leadership position fairly quickly. It's not like climbing the career ladder in a big city.

SPIEGEL: But Guben isn't just any old city. In 1999, an Algerian asylum-seeker, Farid Guendoul, was killed while was running away from a right-wing mob.

Nattke: I knew the people involved; I'd been hanging around them for years. But, by then, I had already left Guben. After completing my secondary-school exams, I was serving in the army in Dortmund. Leaving Guben was the first step toward breaking away. I wasn't really active anymore, although all my friends were from the right-wing scene. But after the attack (on Guendoul), I finally cut off all contact. I didn't speak to those old friends anymore.

SPIEGEL: How did you learn that your old friends had been responsible for the attack?

Nattke: From media reports. Within two or three days, they had already identified the culprits.

SPIEGEL: Some right-wing extremists have claimed that you actually served as a go-between for the imprisoned perpetrators and their comrades on the outside.

Nattke: That's not true at all. There was no communication then; after the incident, I never spoke to them again.

SPIEGEL: When did you start getting interested in becoming an academic expert on right-wing extremism?

Nattke: I studied business and economics education with minors in political science and sociology. I originally wanted to be a vocational school teacher, but I realized I was far more interested in the things I studied as part of my minors. In 2004, I started working with the Internet collective "Nazis in Parliaments" in Saxony. The collective monitors long-term right-wing activities in various representative political bodies. That's where I got my start.

SPIEGEL: Why are you so interested in going up against far-right extremism in this academic way? You've said yourself that you seem somewhat detached from your whole youth.

Nattke: On the one hand, I'd like to understand how people are socialized into the right-wing scene. And I'd like to find some ways to fight against it so as to save people from it all. And, on the other, I think a lot about politics. Right-wing extremism has been a huge problem in Saxony for a while, and it started long before the NPD ever got voted into the state parliament. That's why I'm interested in looking at the possible appearance of right-wing extremism within the general population. It has developed into a real threat to the health and well-being of people who live here, particularly for anyone who has a different skin color or who may want to dress somewhat differently. So we need to fight against this.

SPIEGEL: The research we are talking about was part of your dissertation. Are you going to become a vocational school teacher now?

Nattke: No, I'm working as a consultant in Kulturbüro Sachsen (ed's note: which describes itself as "an independent, nonprofit organization working against right-wing extremism in the new federal states"). I'm head of a pilot project in which we advise parents on how to deal with children who have entered the extreme right-wing scene.

SPIEGEL: Do you mention your own background with them?

Nattke: If I ended up advising the parents myself, I have no doubt that my background would play a role. But I'm actually more involved in leading the research, and my background doesn't matter so much for that. Of course, I think what happened in my own past motivates me to conduct the research. But since I work using scientific methods, the standards are relatively objective. And from that point of view, although my background is not unimportant, it's still not the most important factor. 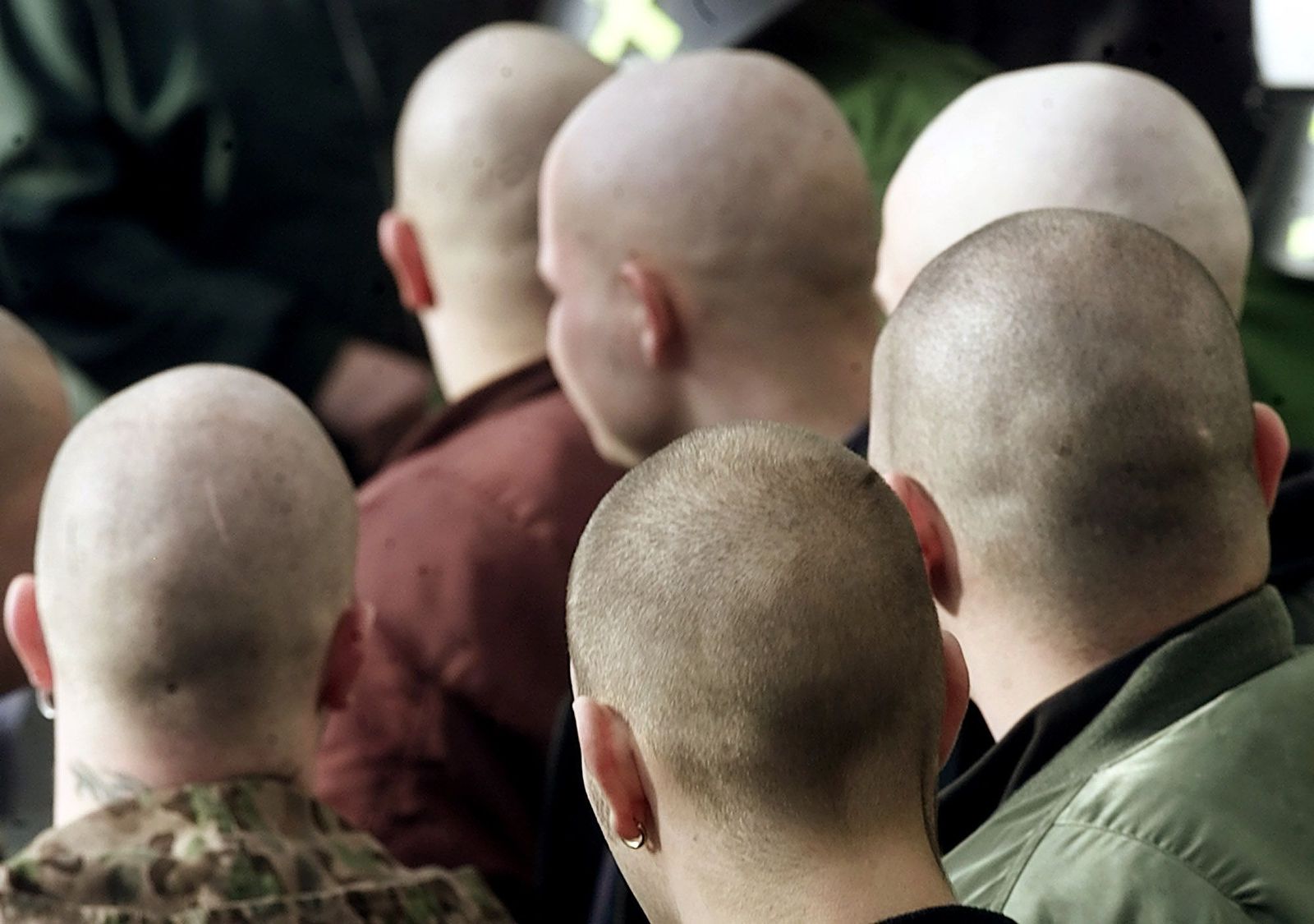