The equation seems simple. A nuclear disaster in Japan combined with widespread skepticism of atomic energy in Germany equals record-setting election successes for the anti-nuclear Green Party in two state elections on Sunday.

The story line is certainly tempting. Germany has, after all, reacted with notable concern to the ongoing calamity at the Fukushima nuclear facility on Japan's east coast. And the resulting nuclear policy about-face by Chancellor Angela Merkel's government in Berlin has looked anything but composed and reasoned.

But Germany's Greens had been building toward ballot box success for months prior to the events in Japan. In many states, the party stands shoulder-to-shoulder with Merkel's center-right Christian Democrats (CDU) and the center-left Social Democrats (SPD). In many others, their poll numbers are rising.

Indeed, far from being a one-off, the party's 24.2 percent result in Baden-Württemberg and the 15.4 percent it received in Rhineland-Palatinate on Sunday marks the beginning of a new era for Germany's political landscape. The Greens have benefited mightily from ongoing exasperation with the tradition-laden parties CDU and SPD -- and the erstwhile rebellious environmentalists have now become a fixture in the country's political center.

"In the cultural debates which have been waged in recent years, whether they focused on lifestyle issues, questions of values or nuclear energy, the center-left and the Greens have the support of society's new core," writes political analyst Franz Walter in a Monday contribution for SPIEGEL ONLINE. "Culturally, society's new center has distanced itself step by step from the Christian Democratic and conservative-traditional world view."

Matured from Their Raucous Origins

The weekend success in Baden-Württemberg was in many ways symptomatic of that trend. Voters in the state have been deeply skeptical of the muti-billion euro urban renewal project called Stuttgart 21. Protests have been bitter as many have accused the powers-that-be of inadequate transparency. The Greens, by opposing the project from day one, won over many.

But Sunday also highlighted one of the primary reasons for the Green Party's advances in recent years. Even as the electorate appears to be gravitating toward the center-left, the Greens themselves have matured significantly from their raucous origins.

Former German Foreign Minister Joschka Fischer embodies the old Greens. In 1985, a 37-year-old Fischer was sworn in as the environment minister for the state of Hesse -- wearing a shabby suitcoat and tennis shoes. Two years earlier, as a member of the first Green Party contingent in national parliament, Fischer made headlines by insulting Parliamentary President Richard Stücklen. "If I may," Fischer said to Stücklen from the floor during a debate, "you are an asshole."

By contrast, Winfried Kretschmann, set to become the governor of Baden-Württemberg at the head of a coalition with the SPD, is a 62-year-old former biology teacher who sings in the local church choir and belongs to the village shooting club. His favorite pastime is hiking in the hills of the Schwäbische Alb with his wife. Instead of fiery political speeches, Kretschmann relies on intellectual seriousness -- blood pressures tend to sink rather than rise when he strides to the podium.

"We will celebrate and enjoy ourselves today," he said on Sunday night as the returns rolled in. "But tomorrow we will get back to work."

The Greens, of course, have experienced success in the past. From 1998 to 2005, the party was Chancellor Gerhard Schröder's junior coalition partner with Fischer as its vocal leader. The party has also been part of several state governments. Baden-Württemberg, however, marks the first time a state governor will come from the Green Party. And a deeper look at Sunday's results indicates that it may not be the last.

Voters in Germany have been fickle in recent years and have been turning their backs to the country's traditional parties in droves. Even as Monday's focus has been on the CDU's historically poor showing in Baden-Württemberg, the SPD result in the state was hardly any better. The party's 23 percent was its worst result in the state ever. Over in Rhineland-Palatinate, Governor Kurt Beck's SPD barely managed to hold off the CDU and lost 11 percentage points relative to 2006.

It is the continuation of a trend. In state vote after state vote, either the SPD or the CDU, or both, as was the case in Hesse in 2009, have limped in with unprecedentedly paltry vote counts. Both parties, but particularly the Social Democrats, have seen membership drop in recent years.

Smaller parties -- the business friendly Free Democrats, the far-left Left Party and the Greens -- have been there to pick up the slack. But now, with the Left Party's drive to nationwide relevance having stalled (they failed to clear the 5 percent hurdle for parliamentary representation in both state votes on Sunday) and the business friendly Free Democrats (FDP) in freefall (5.3 percent in Baden-Württemberg; 4.2 percent in Rhineland-Palatinate), the Greens, it would seem, are the only alternative party left standing.

Stefan Mappus, the outgoing CDU governor of Baden-Württemberg did his best to present the election results in his home state as a one-off. "A week ago, surveys had the CDU at 42 percent and the FDP at 7 percent," he said after the results had come in. "But then came the terrible events in Japan." Others have pointed to Germany's abstention from the United Nations Security Council vote on Libya, which has proved particularly damaging to Foreign Minister Guido Westerwelle's FDP.

Polls, though, had been predicting Kretschmann's rise for months, well before Fukushima and well before Libya. The impressive vote total in Rhineland-Palatinate was likewise forecast by survey after survey. Indeed, the party could end up winning a second state election this September when voters in the city-state of Berlin cast their ballots.

In short, the country's political landscape experienced a profound shift over the weekend. Germany is no longer a country firmly in the hands of the SPD and the CDU. As of Sunday, the Greens have crashed the party. And before long, they might be sending out the invitations as well. 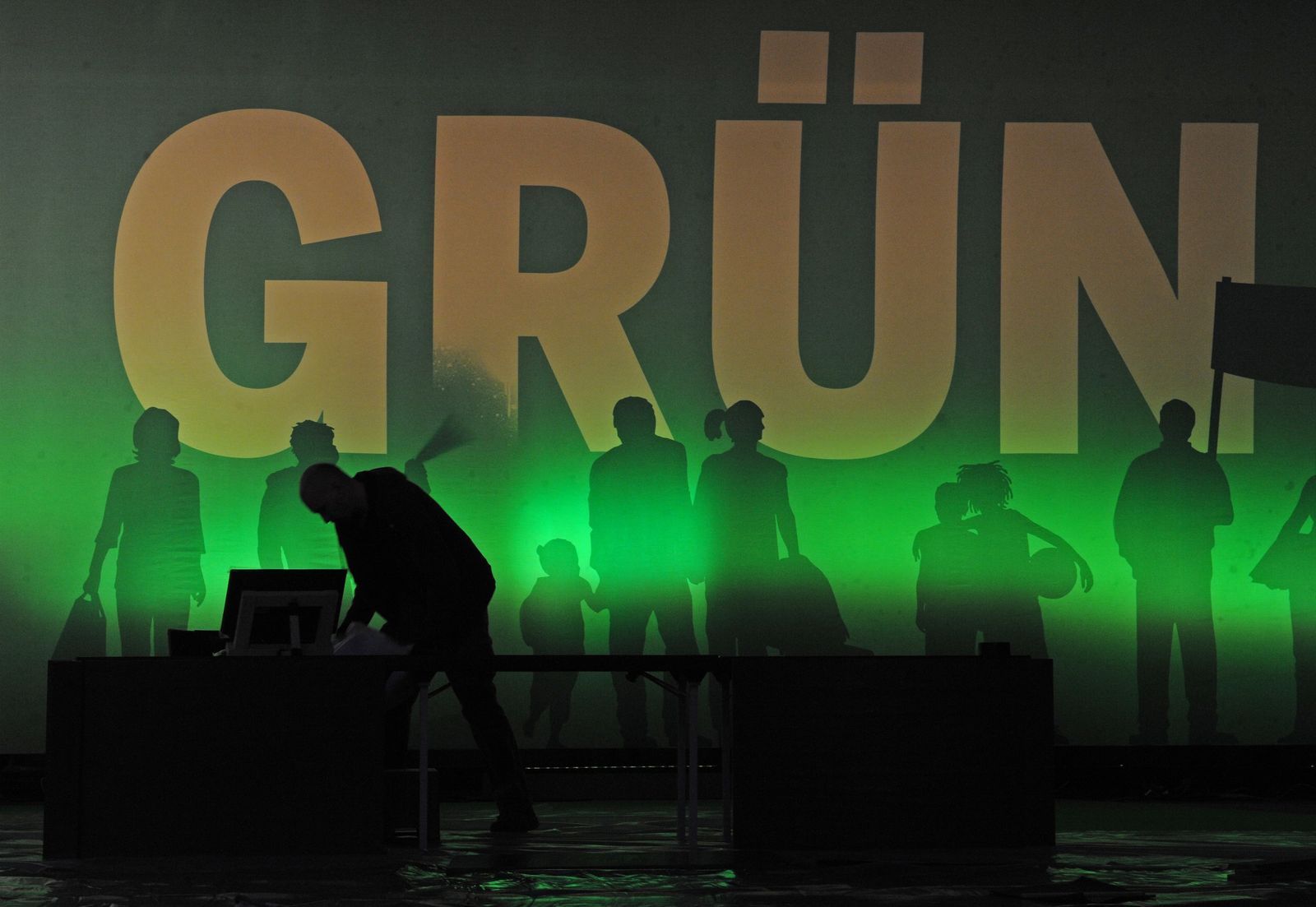 Germany's future may be a lot greener.