Paul the Octopus made international headlines in 2010 when he correctly predicted the winners of eight World Cup soccer matches. People from around the world tuned in to see the clairvoyant cephalopod choose Spain over the Netherlands in the final match. To the Spaniards, "Pulpo Paul" became a folk hero. For those on the losing side, he was a nuisance with eight tentacles they would like to have thrown on the grill.

A few months later the world's most famous Octopus Vulgaris, or common octopus, died at the Sea Life Aquarium in Oberhausen, near Duisburg in western Germany. Aquarium officials were devastated, and later unveiled a memorial in his honor featuring a large statue of Paul with his tentacles engulfing a giant soccer ball decorated with the flags of the world. Paul's ashes are in an urn inside.

Now Sea Life aquariums across Germany are hosting their own contest to find a successor for Paul for this year's Women's FIFA World Cup, which is being hosted by Germany and begins on Sunday. As 16 teams from around the world prepare to square off on the pitch, eight different eight-tentacled creatures across Germany will compete to predict who the winners of the games will be.

Eight different octopi will be faced with the challenge on June 24 of choosing the victor of the opening match between Germany and Canada two days later. They then will be tasked with predicting the winner of each of Germany's games after that, and, if Germany is no longer in the competition, of the remaining teams. The octopus with the best success rate wins.

Paul's former aquarium in Oberhausen has a new oracle-in-training, sometimes called "Little Paul" who will be participating in the contest. Berlin has its own Ophira, a six-month-old common octopus. She arrived in Berlin last month from an aquarium in France, and is normally a beige or light brown color, but is adept at camouflage. The Berlin Sea Life aquarium gave Ophira her name, which means "gold" in Hebrew, because they hoped she would help Germany bring home the gold in women's football, said Nina Zerbe, a spokeswoman for Sea Life in Berlin.

Paul made his predictions by picking a mussel from one of two transparent boxes lowered into his tank and bearing the national flags of two opposing teams. Experts said the odds of him picking eight winners in a row were 256 to 1, assuming they were equivalent to independent coin flips.

"I don't think we will be able to repeat what happened last year," said Oliver Walenciak, a chief biologist at Sea Life in Oberhausen. "That was extraordinary."

The new Paul has been introduced to the types of boxes that will be lowered into his tank, but not to one with flags, so as not to prejudice him, Walenciak said.

A team of scientists at the aquarium came up with the idea of predicting games three years ago during the European football championship. Octopi are intelligent creatures who need activities, and they keep them busy by having them take lids off of jars. Retrieving a mussel from the box was a progression from there, Walenciak said. Paul the Octopus also successfully predicted four of Germany's six matches in that 2008 European championship.

Already, at least a dozen journalists in Berlin have registered to attend the first test of Ophira's capacity for prophesy. At 11 a.m. on June 24, the eight different octopi will simultaneously be offered a choice between Germany and Canada, who meet on June 26 in the World Cup's opening game in Berlin's Olympic Stadium.

It doesn't matter if Ophira decides not to choose one of the two boxes with a mussel in it, or if it takes her two hours to make the choice, says Zerbe.

"Everything is voluntary," Zerbe says. "If she doesn't want to do it, she doesn't have to." 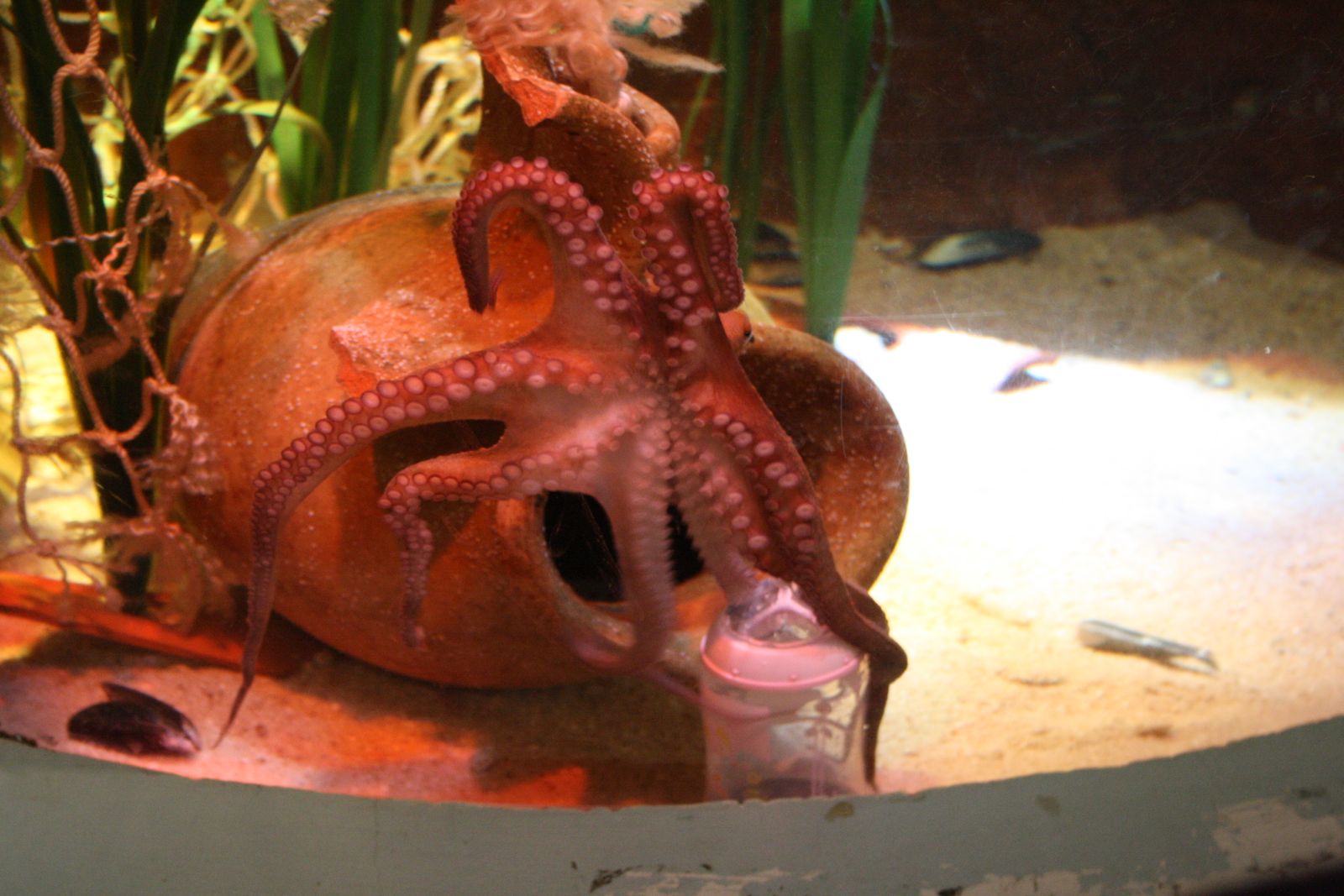 Ophira the Octopus will represent Berlin's Sea Life aquarium in a contest this week to predict the winners of the FIFA Women's World Cup.