Representatives of the 30 firms that comprise Germany's DAX stock index of blue-chip companies met in Berlin on Monday to propose their targets for promoting women into senior executive positions. Under the proposal, the companies plan to voluntarily increase the number of women on their top floors -- reaching up to 35 percent by 2020.

With this, the companies are seeking to avoid legislation that might legally force them to address the gender gap, a problem that has become the subject of increasing political pressure in recent months. Of the 170 executive board seats in these companies, just seven are currently occupied by women.

"We will thus publicly re-examine what we have achieved year for year," said Harald Krüger, human resources chief at carmaker BMW.

In late January, Labor Minister Ursula von der Leyen put the issue on the political agenda, telling SPIEGEL she had plans for a rigid legal gender quota to increase the number of German women in upper-management positions. Meanwhile, Family Minister Kristina Schröder, who is actually responsible for the issue, followed up by threatening the DAX companies with a weaker " flexi-quota" that would go into effect in 2013 if the number of top female managers didn't triple by then.

Though the latter suggestion has been met with support by conservative Chancellor Angela Merkel, on Monday her fellow Christian Democrat von der Leyen stuck to her original suggestion of a 30 percent quota for women in upper management by 2018. "I am strongly convinced that without a law it won't happen," she told public broadcaster ZDF ahead of the meeting, adding that "the frustrating experiences of the last 10 years" had proven this. The labor minister demanded that the DAX companies provide clear goals, saying that "if nothing happens once again," then sanctions must be codified.

Schröder's flexible quota was also met with criticism from the opposition on Monday. Sigmar Gabriel, leader of the center-left Social Democrats, demanded a firm quota for the DAX companies, telling public radio broadcaster Deutschlandfunk that such a measure would help change business culture. He also slammed what he called a "fairly unbalanced debate," saying that only a small part of the problem was being addressed. Meanwhile, he said, women in "normal job situations" still receive an average of 25 percent less pay than their male counterparts.

In the hopes of stemming the threat of being legally forced to hire more women, the 30 companies presented their voluntary targets on Monday in Berlin. However, their plans fall short of the kind of quota system found in some Scandinavian countries. This is because individual goals can be set for each company -- some worldwide and others only in Germany -- with deadlines ranging from the end of 2013 to the distant 2020. In addition, the companies have refused to set voluntary quotas for the share of women in their executive and supervisory boards.

While the business world is naturally opposed to laws dictating their management composition, a rigid gender quota would also likely be a difficult demand for many companies to fulfill, particularly in the technical fields, where just about 30 percent of graduates in Germany in mathematics, computer science, engineering and natural sciences are women. But the DAX 30's first report indicates that the male-dominated companies also have a massive structural problem when it comes to promoting women's careers. In the 30 DAX companies, the number of females in leadership positions is not reflective of the percentage of women as a whole on staff, regardless of the sector or whether those figures are calculated for global operations or within Germany alone.

The companies' individual targets vary in ambition, but they are unanimously certain that together they eliminate the need for a binding gender quota. Still, they may be unable to avoid such a law. A working draft for a legal gender quota is already making the rounds in the Family Ministry, where officials hope to see its adoption within the current legislative period, putting it into effect by July 1, 2012, according to the text of the working draft of the bill. The proposal would require all listed companies to publicly disclose the gender composition of their executive and supervisory boards, in addition to declaring the gender-balancing goals for their next appointments. Failure to adhere to these targets would be met with sanctions, such as the revoking of appointments that do not adhere to the goals or fines of up to €25,000 ($34,000) for false statements or non-disclosure.

For now, the hopes of companies seeking to avoid such binding measures rest with the business-friendly Free Democratic Party (FDP), the junior partner in Chancellor Merkel's center-right coalition. FDP member and Justice Minister Sabine Leutheusser-Schnarrenberger has ruled out a gender quota for this legislative period. "Between now and 2013, there will be further seats to be filled on boards of directors and executive committees, until which point the companies need to back up their words with actions and appropriately increase the number of women in leadership areas," she told daily Passauer Neue Presse on Monday. "Only then should it be decided whether legal measures are required."

Indeed, the mounting pressure that has accompanied the gender quota discussion seems to have had some affect already this year, with a handful of large companies announcing their intention to welcome more women into executive positions. On Sunday, national railway Deutsche Bahn, partly owned by the government, said it planned to increase the share of its female leadership from 16 percent to 20 percent by 2015. Meanwhile, the percentage of women employees in the entire company of 192,000 would be increased from 20 to 25 percent, the company said. "We want more diversity at Deutsche Bahn," human resources director Ulrich Weber said in a statement. "It's decisive for good teamwork and the development of a business culture in which everyone feels valued."

Another small sign of success also happened this year, when more women entered supervisory bodies than the total number sitting in such positions in the previous two years combined. Still, women have a long way to go in achieving equality in the male-dominated business world. Of some 500 German supervisory board members in DAX companies, only 78 are currently women. 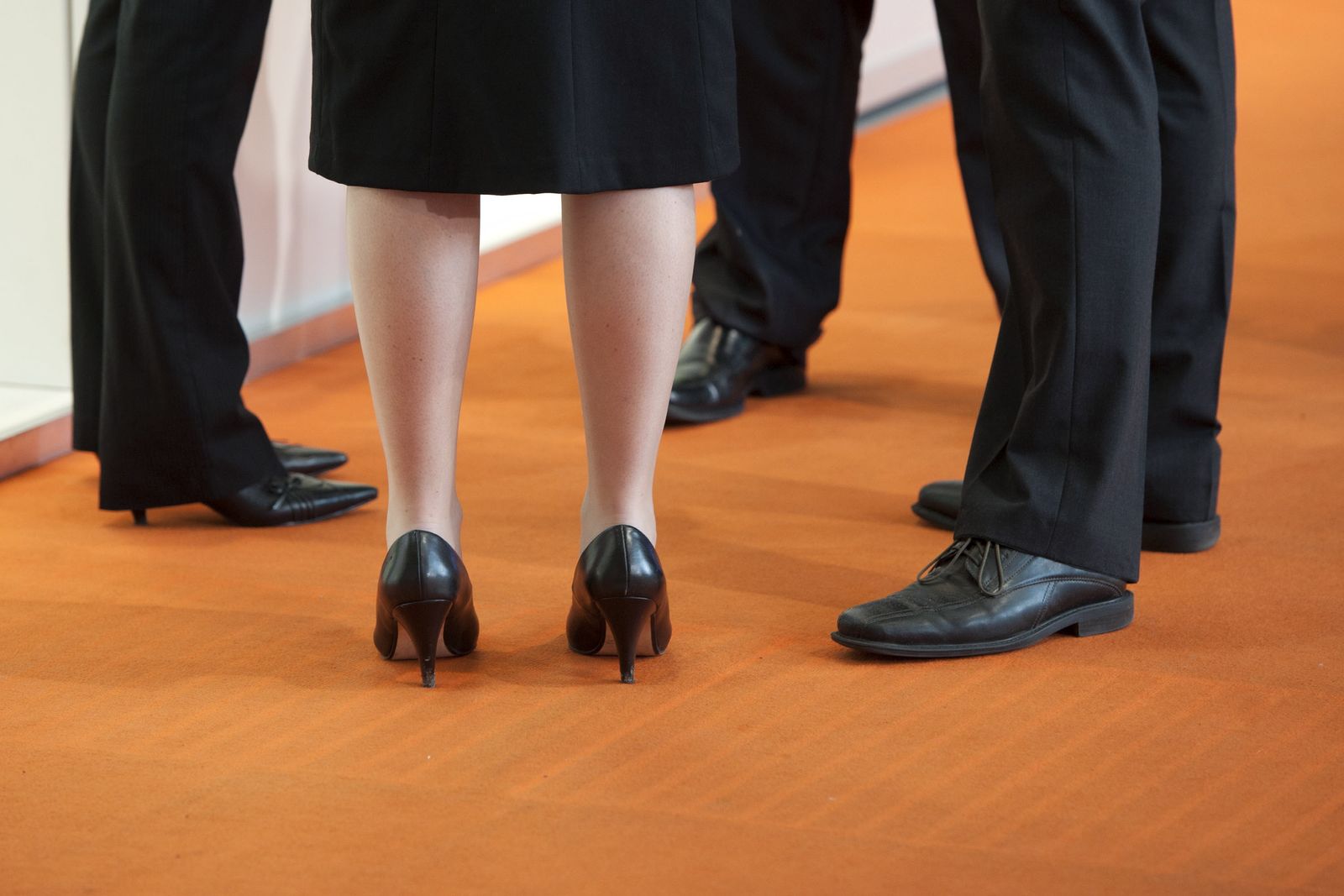