German states are unrolling a wave of new, far-reaching restrictions on everyday life as part of efforts to slow the spread of the coronavirus. The limitations will impact travel, but also schools, cinemas and public swimming pools.

Over the weekend, the corona situation in Germany worsened dramatically. Germany’s center for disease control, the Robert Koch Institute, reported an increase in laboratory-confirmed infections, with 4,838 cases confirmed by 3 p.m. on Sunday, up from 3,795 on Saturday. The disease has so far caused 12 deaths in Germany.

In light of these developments, sweeping new rules are to be put in force on Monday, including in part serious restrictions on people’s freedom of movement and travel and how they lead their daily lives.

To reduce the infection rate, German has moved to close some of its borders. At 8 a.m. on Monday, controls went into effect at the borders to France, Austria, Luxembourg, Denmark and Switzerland.

Federal police officers will conduct checks and turn away anyone traveling without a valid reason, unless they are a German citizen or resident. The federal police announced Sunday that it had dispatched officers to the borders in preparation for the checks that would begin on Monday. Speaking to the German public broadcaster ARD on Sunday night, German Economic Minister Peter Altmaier said, "This is not about border closures as a general means." He said the free movement of goods and economic activity should not be unreasonably affected. "We’re trying to keep the restrictions as limited as possible," he said.

Among other states, Hamburg, North Rhine-Westphalia (NRW) and Bavaria are planning massive restrictions on public life starting this week. The NRW state government in Düsseldorf announced that almost "all leisure, sports, entertainment and educational activities in the state” will be suspended. Starting on Monday, all bars, clubs, gambling halls, theaters, cinemas and museums in NRW will have to close.

Come Tuesday, fitness studios, public swimming pools and saunas will also be closed. Meetings in sports clubs and other leisure facilities, as well as courses in adult education centers and music schools, will also be prohibited.

The state government said that access to shopping centers in NRW will only be permitted "to meet urgent needs and under strict conditions." Restaurants and hotels can stay open in the state, but only under strict requirements. As with the school closures that have already been ordered, the regulations will initially remain in force until April 19.

In Hamburg, the local health and consumer protection authority has announced that all events and gatherings in the city will be banned as of today, regardless of the number of participants. Exceptions will be made for private events like weddings or funeral services.

Hamburg also ordered the closure of all bars, clubs, and gambling halls, as well as all theaters, museums, cinemas and swimming pools. Restaurants and canteens are only allowed to open if seats for guests are arranged so that "a distance of at least 1.5 meters (5 feet) between tables is guaranteed." The rules will initially be in place until the end of April.

Bavarian Governor Markus Söder declared a state of emergency on Sunday. He said the decision had been made because a uniform strategy is needed for the crisis under uniform leadership. "The challenge is growing by the day, so we must be consistent, but appropriate."

Starting Tuesday, Bavaria will close all bars, cinemas and public swimming pools, and on Wednesday, certain businesses will have to shutter, Söder said Sunday night.

Similar restrictions were also put in place over the weekend in Berlin, where bars and clubs closed along with other public leisure, sport and cultural facilities. Serious restrictions have also been placed on visits to hospitals and old people's homes.

As part of the further effort to slow the spread, thousands of schools and day care centers across Germany will close starting today. The unprecedented new rules will apply in most German states until the middle or end of April. Millions of people are affected: Germany is home to more than 2.8 million primary school children, and 3.7 children are cared for in day care facilities or after-school care centers.

The German state of Saxony is taking steps to slowly close its schools this week, relaxing its compulsory education law to provide teachers, students and parents with a bit of time to prepare for complete school closures. Brandenburg is suspending regular school classes starting Wednesday. School attendance will still be possible, but it will no longer be compulsory, at least for now. Similar rules go into effect on Monday in the state of Hesse.

The weeks-long closure of schools is expected to cause massive problems for parents and employers alike. German Labor Minister Hubertus Heil has appealed to company bosses and the heads of public authorities to work together with their employees to find unbureaucratic and consensual solutions for childcare so that parents aren’t threatened with the loss of wages.

At the moment, the entire national political focus is on the corona crisis. Chancellor Angela Merkel is holding a meeting of her cabinet’s committee for combating that crisis on Monday morning. A government spokesman said that Merkel, Deputy Chancellor and Finance Minister Olaf Scholz, Interior Minister Horst Seehofer, Foreign Minister Heiko Maas, Health Minister Jens Spahn and Defense Minister Annegret Kramp-Karrenbauer would discuss measures to be taken in the fight against the virus.

Merkel is also planning a video conference call, likely to take place on Monday afternoon, with the heads of the G-7 countries to discuss the corona pandemic and its consequences. 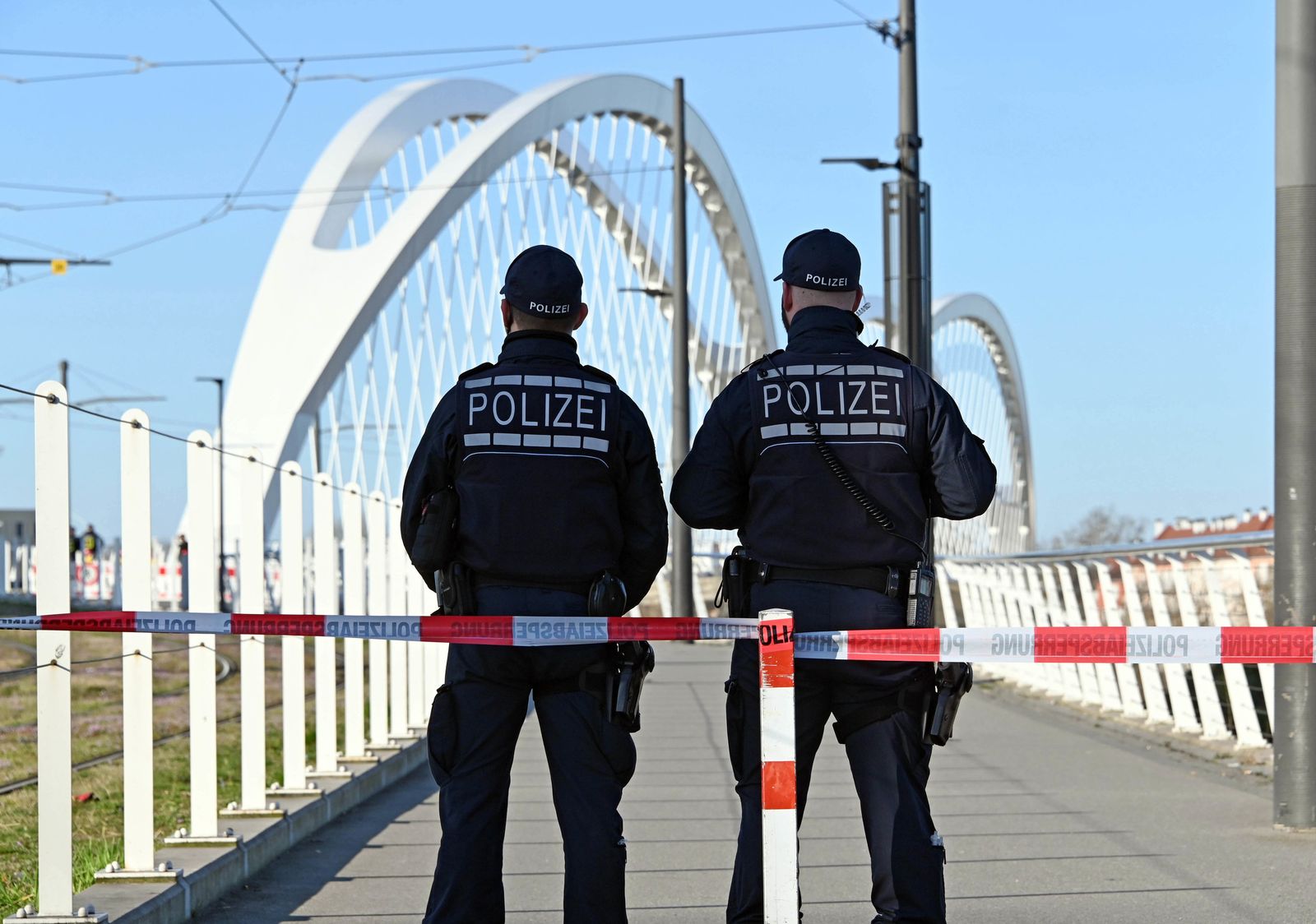 German federal police patrol the border between Strasbourg, France, and Kehl, Germany: The frontier has been closed in response to the coronavirus outbreak.