On Aug. 12, 1961, the night the Berlin Wall went up, Ulrich Pfeifer, who lived in the east of the city, enjoyed an evening out in West Berlin with his girlfriend. They went to a cinema on the Kurfürstendamm boulevard, and traveled home by train, passing the Friedrichstrasse border crossing at around midnight.

They had no idea that a few hours later, they would find themselves trapped behind a concrete barrier that would end up separating them, prompting Pfeifer to risk his life building escape tunnels in a personal quest for revenge against the communist regime.

That night, it was still straightforward to move between the eastern and western districts of the city, with border guards restricting themselves to random passport checks.

"We didn't notice anything unusual. There was no sign of what was about to happen a few hours later," Pfeifer, now 75, told SPIEGEL ONLINE. "When I woke up the next morning, a Sunday, and listened to the news on the radio, I was absolutely appalled. I thought there would be a protest movement like June 17," the 1953 uprising in East Germany in which more than 50 people were killed.

"So I went to the Brandenburg Gate with my girlfriend," he recalled. "But there was no demonstration, just a lot of troops and tanks on the streets. People were too intimidated to do anything."

"We thought about jumping over the barbed wire, but we didn't find the courage. We went back home and spent the next few weeks looking for ways to get out."

'You Can't Reconstruct the Horror of that Time'

Pfeifer will take part in the main ceremony on Saturday to commemorate the 50th anniversary of that day, when East German troops, police and laborers began sealing the border between East and West Berlin to close the last chink in the Iron Curtain -- a desperate measure to stop an exodus of young people to the West.

Events to mark the day have been clouded by controversy over whether Berlin is turning into what critics have called a "Cold War Disneyland," with actors in fake East German guard uniforms posing for photos at sites such as the Checkpoint Charlie border crossing, Potsdamer Platz square or the Brandenburg Gate. Politicians and historians are complaining that such tourist attractions belittle the tragic history of Berlin's division.

There have even been calls for part of the Wall to be reconstructed, complete with all its fortifications, to remind Berliners and tourists of the grim history of the 103-mile structure that claimed hundreds of lives.

"I find it tasteless how people dress up in those uniforms, but you've got to be tolerant, it's nothing dramatic. I see no reason to forbid it," said Pfeifer. "But I don't think they should rebuild parts of the Wall. You can't reconstruct the horror of that time. We have some original parts of the Wall still standing, and we should leave it at that. If they rebuilt it, that would really be Disneyland."

On Saturday evening, Pfeifer will attend a meeting of people who fled East Germany and those like him who enabled them to spend the rest of their lives in freedom.

Revenge Against the System

Pfeifer help to build four tunnels under the Wall. It was his way of getting back at the East German dictatorship for jailing his girlfriend.

In the weeks after Aug. 13, 1961, as the Wall was gradually taking shape, Pfeifer had heard of a way to get them both to the West -- through the city's sewage system. In those early days, the Stasi, East Germany's secret police, hadn't yet managed to plug all the escape routes underground.

It worked for Pfeifer, who managed to flee through the sewers with five others in September. But the group was limited to just six people, so his girlfriend had stayed behind and prepared to join him with another team a few days later. By that time, however, the Stasi had found out about the subterranean route, and the second escape failed. Two people were caught underground. His girlfriend managed to get out and returned home. But she was arrested a few days later, put on trial and sentenced to seven years in jail.

"It was an insane sentence," Pfeifer recalls. It later got commuted to three years. But he didn't see her again for 27 years. By then, in 1988, she had married another man and had a family in the East.

In 1961, Pfeifer was 26 and a qualified construction engineer. A West Berliner now, he decided to put his skills to use by joining a group of students digging tunnels to the east.

Three tunnel ventures were betrayed and failed. But one was spectacularly successful. It was completed in September 1962 after three hard months of digging through tough clay soil, and ran for 145 meters from a disused factory on the western side of Bernauer Strasse to the cellar of an apartment building in Schönholzer Strasse 7 in the east.

Pfeifer will never forget lying in the cramped, soaking tunnel, praying that his measurements were correct as he spent desperately tense minutes waiting for the tunnel breakthrough on the eastern side -- the riskiest part of the operation. Would they come out in the right building? As they moved the last bricks aside, would they be staring into the gun barrels of waiting Stasi agents?

His surveying had been spot on. It became known as "Tunnel 29" because 29 people, mainly friends and relatives of the 40 diggers, escaped through it.

The coup made worldwide headlines and the Stasi didn't find the tunnel until 11 days later when the ground caved in on some of it. But the diggers only used it for two days, fearing that it would be quickly discovered and because it was rapidly filling with water from a burst pipe.

"It was a feeling of incredible joy. I felt such satisfaction at having done something against a system I hated," said Pfeifer.

He will tell his story to a school classroom next month. He wants to help keep the memory of the era alive, and finds the nostalgia some former easterners still feel for a system that incarcerated and spied on its people "ridiculous and sad."

"The whole period is receding into history. Even the fall of the Wall is almost 22 years ago. Many young people never witnessed it," said Pfeifer. "I really hope that it will continue to be taught in schools so that this period doesn't get forgotten." 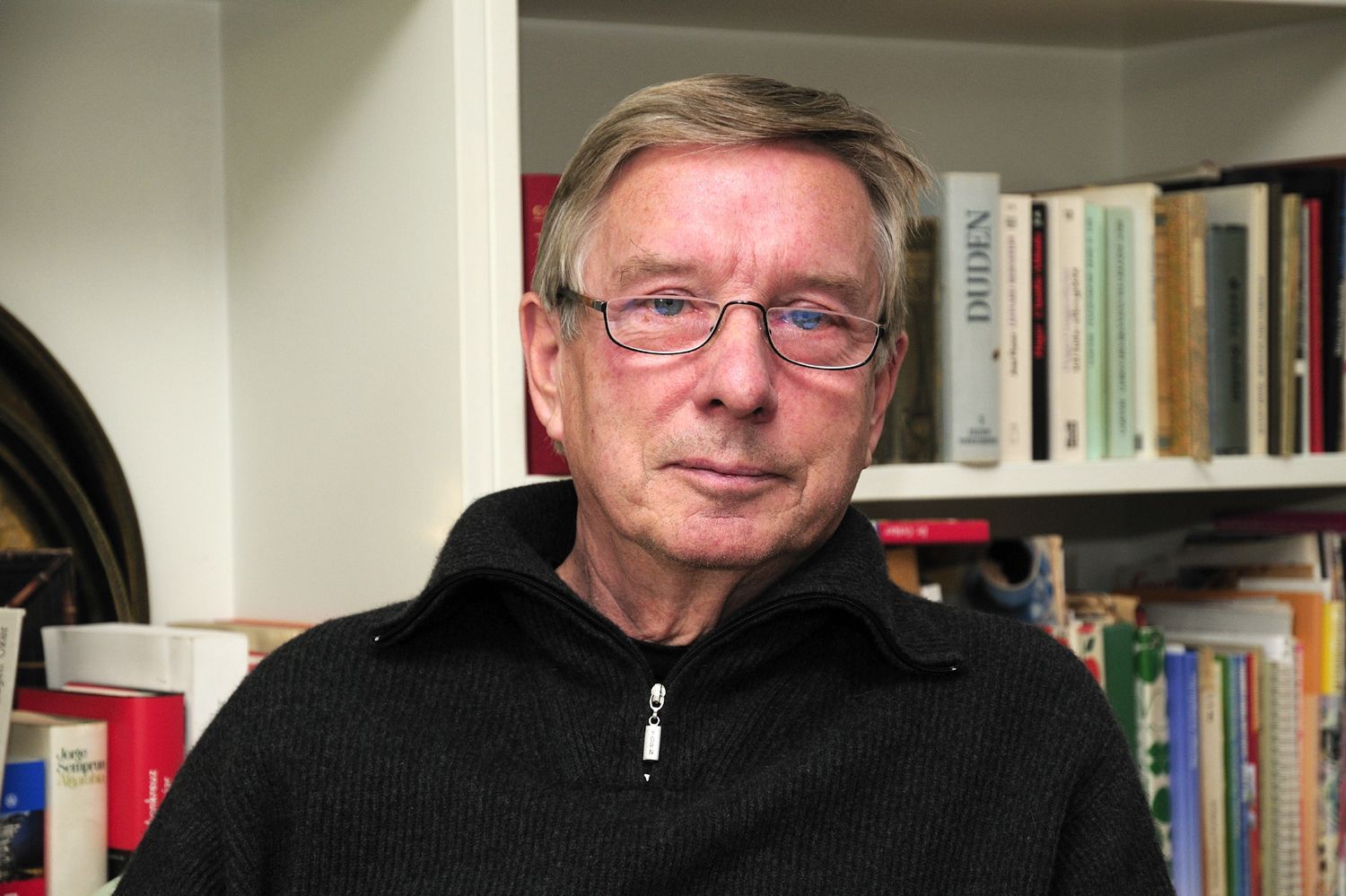 Tunnel builder Ulrich Pfeifer, in his home in Berlin.