Shortly before the televised election debate Sunday between Chancellor Angela Merkel and her Social Democratic challenger, Foreign Minister Frank-Walter Steinmeier, SPIEGEL reported on a document drawn up by Steinmeier's Foreign Ministry that outlines a plan for withdrawing German troops from Afghanistan.

The two-page document, entitled "Ten Steps for Afghanistan," calls for placing a greater focus on training the police force so that Afghans can take over responsibility for their own protection as soon as possible and allow the more than 4,200 German soldiers serving there to return home. To do this, the paper calls for a "significant increase" over the 200 German military trainers currently in Afghanistan, as well as more measures to encourage Taliban members to reintegrate into society.

Although the document does not set a firm date for withdrawal, it says that "the aim is to create the basis for a withdrawal from Afghanistan within the next legislative period." That period would end in 2013, unless early elections were called.

However, when asked about this date in Sunday's debate with Merkel, Steinmeier said he did not mean to name 2013 as the withdrawal date but, rather, that the preconditions for beginning a withdrawal should be met by then. He also said that Germany should "agree on a clear timetable" with the new president of Afghanistan about how long German troops need to remain there, adding that the goal was "to make ourselves superfluous in Afghanistan."

The war is deeply unpopular in Germany, where more than 60 percent of the population wants Germany to withdraw from the NATO mission in Afghanistan. A recent German-ordered air strike that may have left many civilians dead has only increased this unpopularity. Still, Steinmeier singled out his opposition to the calls from the left-wing Left Party for an immediate pullout. "Getting out now," Steinmeier said, "would mean all the women would have to go back in the cellar, girls would no longer go to school, farmers would grow drugs again and much, much more."

In the debate, Merkel repeated her support for putting more pressure on the Afghan government to put itself in a position to take back full control of the country. Last week, she joined French President Nicolas Sarkozy and British Prime Minister Gordon Brown in calling for a conference to be held this year on Afghanistan and how to expedite this process. In the paper, Steinmeier said that the conference should "not satisfy itself with vague targets."

Steinmeier's comments have been criticized by people both within and outside his party. Some accuse him of using the plan's release as an ill-advised campaign maneuver, while others worry that setting a date increases the danger to Afghan civilians and German soldiers.

However Steinmeier may not be foreign minister for much longer. Since 2005, his Social Democratic Party (SPD) has been the junior partner in a so-called "grand coalition" with Merkel's Christian Democratic Union (CDU) and its Bavarian sister party, the Christian Social Union (CSU). After the Sept. 27 election, however, the Christian Democrats are hoping to form a new coalition with the business-friendly Free Democratic Party (FDP), whereby FDP leader Guido Westerwelle would likely become the new foreign minister.

Writing in Monday's newspapers, German commentators unanimously praised the motivation behind Steinmeier's plan, but they were divided over the usefulness of the proposal itself, with some going as far as to call it dangerous.

"Steinmeier has figured out that the controversial mission to Afghanistan is really bothering people. He feels that it is now necessary to put some time pressure on the country to force it to make some progress. But, instead of naming a clear date, he undercuts his message by saying that Germany needs to create the 'basic conditions (for a withdrawal) in the next legislative period.' Sympathetic observers can claim that he is confident that people will be able to interpret his words correctly. But his opponents in the election campaign say that he has no guts...."

"Steinmeier is continuing to go in the right direction when it comes to Afghanistan. It doesn't make sense anymore to give the country reconstruction assistance without forcing it to join in the fight against corruption. And it makes absolutely no sense to continue sending more soldiers without saying clearly that the Taliban will only be defeated once the Afghans are able to take over responsibility for their country themselves."

"(Steinmeier's proposal) is as justified as it is obvious. Up until now, the military component of the international community's involvement in Afghanistan was never meant to last forever. If it appeared that way, it was only because results have been mixed at best and there have been setbacks. Steinmeier did not name a firm date for the withdrawal because it could prove untenable and, therefore, politically dangerous. Instead, he named a goal: making it possible for Afghan soldiers and police to take over responsibility for security as soon as possible.

"That is a rational exit strategy. The quicker the Afghans are able to do this, the better for us. Or, put another way, the more that the states involved in Afghanistan are willing to invest in 'security' -- that is, the more police and military advisers they are willing to send -- the faster they can all get out. In that respect, Steinmeier's proposal also implies that there have been failures (on the part of the international community)."

"Everyone would agree with Steinmeier that efforts have to be increased in order to help Afghanistan to be able to handle its own security requirements -- and the sooner, the better. But who can say whether such a schedule can be reliably firmed up within the next legislative period?"

"Steinmeier cannot outdo (senior Left Party politicians Gregor) Gysi and (Oskar) Lafontaine with their radical demands for an 'immediate withdrawal.' But the closer the rhetoric of the Social Democrats comes to that of the Left Party, the more realistic it is that there will be a coalition of the parties in the opposition who believe that populism is more important in foreign-policy matters than being loyal to one's allies and staying the course."

"By discussing the withdrawal of German forces from Afghanistan, Steinmeier has done nothing more and nothing less than broken a taboo.  The four parliamentary groups that supported the mission to Afghanistan have long been scrupulously avoiding the issue, because they know that such a debate is highly risky in political terms. Nonetheless, the majority of German voters would prefer to see (German soldiers) come home sooner rather than later."

"Steinmeier's proposal breaks through a conspiracy of silence. That's a good thing, but he's doing it at the wrong time. In the middle of a heated time in the campaign season, there is no room for subtle arguments or lengthy explanations. In a campaign, what counts are snappy soundbites and punchy ideas.  Likewise, even though Steinmeier has not named any concrete withdrawal date, that is exactly what the debate is going to be about from now on."

"German politicians have hidden behind the taboo issue of Afghanistan for too long. For too long, the mission's supporters have done everything they could to dodge the difficult debate on Germany's deployment in Afghanistan."

"Steinmeier now has the advantage of having been the first to move in the direction of the majority opinion. But it's an advantage that could disappear rather quickly -- because other taboos are sure to be broken, too."

"The international conference on Afghanistan called by Merkel, Brown and Sarkozy is an attempt to abandon this sinking ship as quickly as possible by dumping as much responsibility on Karzai as they can."

"The West has failed because it hasn't been able to create a realistic alternative to the Taliban. The advantage for the Taliban is that they don't really have to be 'better.' Rather, it's enough for them to be able to discredit the 'Western system' and to present themselves as the true advocate of Afghan and Islamic interests. "

"The most that the West can still hope for in Afghanistan is to leave behind an authoritarian ruler who -- true to the old American saw, 'he's a son of a bitch, but he's our son of a bitch' -- can keep his government on a pro-Western course." 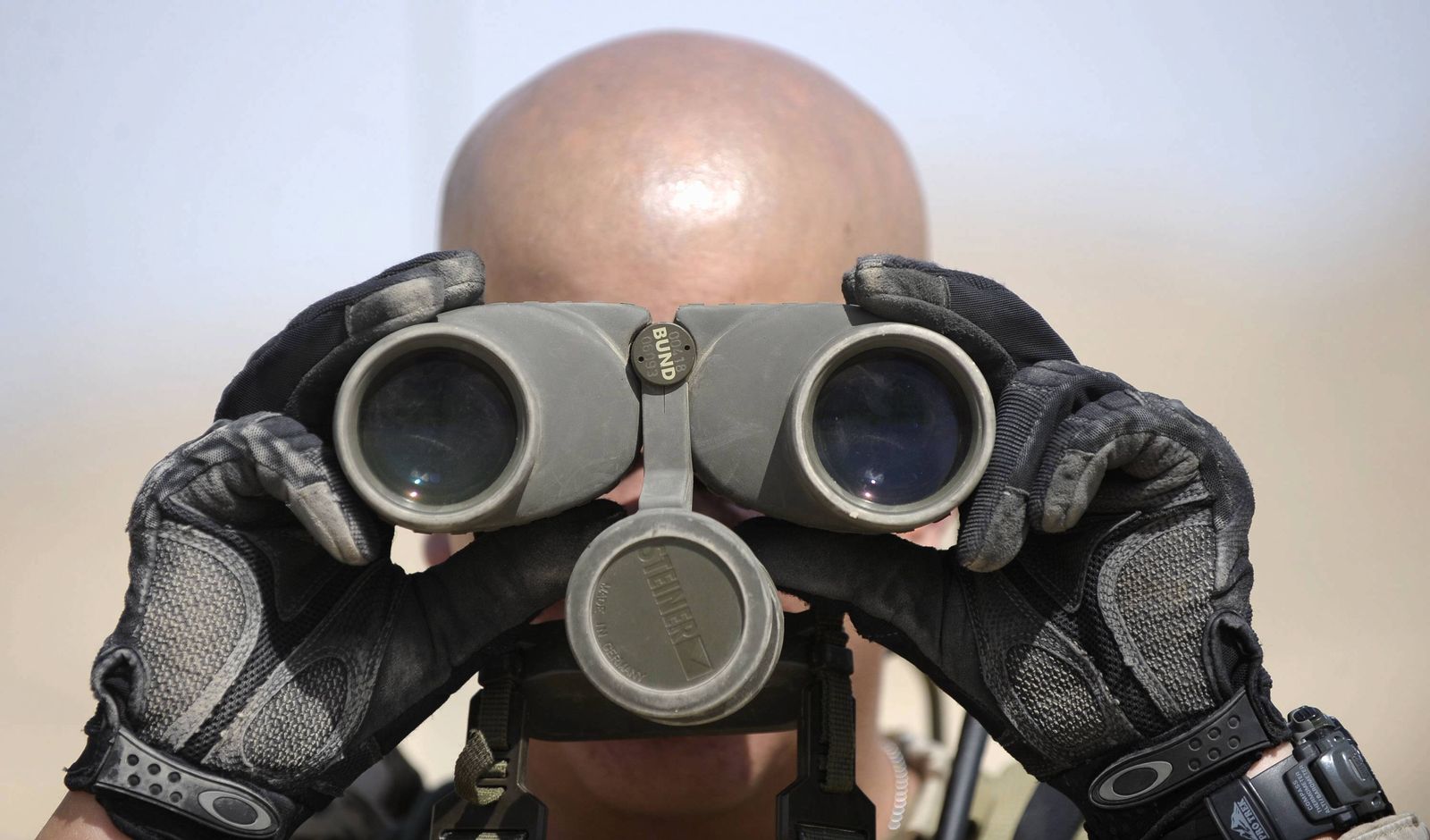 Is withdrawal finally on the horizon for German soldiers in Afghanistan?