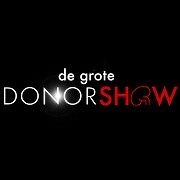 "The Big Donor Show" offers contestants the chance to win a kidney.

From the people who brought you "Big Brother" -- the show where you can win a kidney.

In "The Big Donor Show," which is to be aired Friday in the Netherlands on the private television station BNN, three seriously ill patients who are waiting for kidney transplants will compete for a donated organ from a terminally ill 37-year-old woman identified only as "Lisa."

The show, of course, has the interactive elements common to reality TV shows. Lisa will interview the three contestants, and viewers will then be able to vote by mobile phone text message for the person who they feel best deserves the life-saving transplant.

Lisa herself will make the final decision about who will get one of her kidneys -- which will be transplanted while she is still alive -- based on the contestants' history, profile and conversations with their families and friends. However some observers have raised the question of whether the kidney will even be suitable for transplantation, seeing as Lisa is suffering from an inoperable brain tumor. Normally donated organs come from healthy individuals.

Unsurprisingly, the show has sparked controversy in the Netherlands and beyond. European Health Commissioner Markos Kyprianou said on Wednesday that he was "shocked" by the show. "This is not the way I would have chosen to create awareness and raise publicity when it comes to such a sensitive and emotional issue," he said.

Politicians and health experts across Europe have criticized the show. "It is totally unacceptable to use people's misfortune and illness in this way and to make people's suffering into entertainment," commented Sweden's Health Minister Goran Hagglund, while the president of the German Medical Association (BÄK), Jörg-Dietrich Hoppe, called it a "macabre game centering on human need." 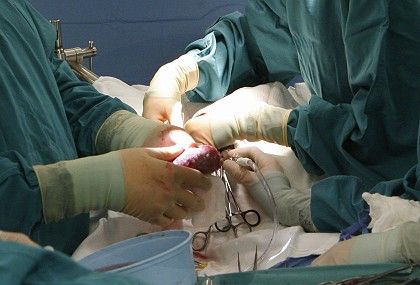 There is a shortage of organ donors for kidney transplants in Europe.

Executives at the television station have defended their decision to air "The Big Donor Show" by saying that their aim is to publicize the shocking lack of donor organs in the Netherlands. "With this kind of tasteless -- we know it's tasteless -- television show in which we're going to do this, we're trying to get a lot of attention for organ donorship," said BNN chairman Laurens Drillich. The station says the show is a tribute to its founder, Bart de Graaff, who died of kidney failure five years ago at the age of 35. The show is produced by the company Endemol, which is famous for inventing the reality show "Big Brother."

Commentators writing in Germany's newspapers on Thursday lambast the show for its tastelessness. Some, however, point out that the reality of organ donation is even more scandalous than the program.

"This outrageous show breaks taboos about life and death. That has its good sides. In its repulsive exaggeration, it brings out into the open issues which are often concealed in the debate about organ donations. It's true that the chronic lack of organs has been repeatedly condemned. The debate, however, has failed to properly address the strange contradiction in the behavior of the population: Surveys show that around 90 percent of Germans would be glad to receive an organ transplant if it was necessary -- but only 12 percent of adults in Germany actually possess an organ donor card."

"Chronically ill patients who are awaiting a new organ could use more publicity, even from such a television show. Many viewers will regard 'The Big Donor Show' as obscene. But the real scandal is that too many people have still no organ donor card, that the criteria for organ assignment are not transparent enough, and that the lives of hundreds of people could be saved annually if hospitals would register more potential donors. Now that is an issue which is worth getting worked up over."

"Life, suffering and death are humanity's big topics. The production company Endemol depends on the fascination which these eternal questions engender. One may rightfully deplore the way in which death has been banished from everyday life in Western civilization. The controversy over the Dutch show is, however, motivated by other reasons than the simple fact that private suffering and dying are being publicly displayed."

"What looks like a breaking of taboos born of the Dutch desire for provocation is in fact a cultural regression. Here spectacle and destiny, games and death, are mixed in a way that we have not experienced in Europe since the gladiator games in ancient Rome, when the jeering plebs called for the death of a fighter -- or demanded his pardon."

"Yes, the show goes beyond the boundaries of good taste. Three seriously ill people compete in a public competition for an urgently needed organ donation? That exceeds the limits of a normal entertainment show."

"Nevertheless the show has to be defended. ... One has to ask what the bigger scandal actually is -- this show or the reality of organ donation in Europe? According to data from the European Commission, 10 people die every day in Europe because they had to wait too long for a donor organ."

"Drastic means are acceptable in raising awareness of this lamentable situation. Particularly since nobody is getting hurt here -- on the contrary, the chances of the three candidates getting a kidney from the donor 'Lisa' is much higher than their chances of receiving it through the official route. The tasteless show is therefore a reminder to fill out an organ donation card today -- in order to make such shows unnecessary in the future."

The center-right Frankfurter Allgemeine Zeitung writes in its Wednesday edition:

"Naturally the announcement of the new show has triggered impassioned debate in the Netherlands. But the debate until now has been as repulsive as the idea itself. A social democratic politician naturally finds the show ethically questionable, but -- heaven forbid! -- doesn't want to ban it."

"The hypocritical television people blithely say that they want the show to pay tribute to the station's former boss, de Graaff ... . And after all they are doing something good -- at the end of the day, the candidates on the show have a significantly higher chance of getting a kidney than the patients on a waiting list."

"Even the director of the Netherlands kidney foundation has welcomed the show, saying it is 'great' that television is tackling the issue of the acute lack of organ donors. His only criticism is that the way that BNN is doing it does not offer a 'structural solution' to the problem. No structural solution? Whatever happened to the self-evident imperative not to publicly gloat over other people's misfortune?"