On Friday, Germany's massive outbreak of E. coli showed no signs of diminishing in one of the worst spreads of the poisonous bacteria ever experienced by a country. Some 1,700 people have been infected -- most near the northern German port city of Hamburg. In the media on Friday, however, considerable attention is focused on tensions simmering between Madrid and Berlin following an erroneous warning last week that the infections may have been caused by contaminated cucumbers from Spain.

Spanish Prime Minister Jose Luis Rodriguez Zapatero has said that he will demand compensation for vegetable growers after a German warning that cucumbers from the country were the cause of the E. coli outbreak proved to be false. Many farmers had to destroy their crops after consumer confidence in their produce collapsed. German Chancellor Angela Merkel spoke with Zapatero on the phone on Thursday to try and resolve what was swiftly becoming an international incident, and both sides agreed that the priority was to identify the source of the outbreak, said German government spokesman Steffen Seibert.

Merkel has also shown understanding for the economic plight of Spanish vegetable growers. Farmers in other parts of Europe, including Germany, have been affected as well. But the chancellor insisted that the authorities in Hamburg who initially cited Spanish cucumbers as the suspected source of the outbreak had acted in accordance with German law. The warning led to a virtual freezing of exports of Spanish fruit and vegetables, causing major financial losses for the country's farmers.

Seibert added that the two leaders agreed to remain in close contact and work together with the European Union to try and resolve the problem.

On Tuesday, German authorities admitted that although E. coli was discovered on the vegetables, the bacteria was of a strain different to that which has caused 18 deaths so far. The outbreak has also left hundreds of other people seriously ill across Europe. The Robert Koch Institute, Germany's national disease control center, reported nearly 200 new cases of E. coli infection in Germany during the first two days of June alone. In total, 1,733 are known to have been infected in the country, with 520 suffering from life-threatening hemolytic-uremic syndrome (HUS) which can cause kidney failure.

German commentators on Friday are divided over whether it was the best idea to issue a cucumber warning before they had been definitively indentified as the source of the outbreak. Some papers argue that the authorities should err on the side of caution when dealing with such a deadly disease. There is general agreement, however, that all necessary precautions must be taken to halt the spread of the bacteria.

"Can we eat cucumber salad to our heart's content again? No! The warning from the health authorities not to eat raw cucumbers, lettuce and tomatoes remains as valid as before. The warning is warranted, even if farmers and traders have to accept a drop in sales."

"A survey of E. coli patients in Hamburg showed that they had eaten raw cucumbers, lettuce and tomatoes significantly more often than non-patients. This may be a coincidence -- or it may not. What is not in doubt for consumers is that no one will die by avoiding cucumbers for a couple of weeks, but 17 (now 18) people have already died and hundreds more are seriously ill thanks to E. coli."

"Anyone bemoaning farmers' losses should weigh it up against the high costs this disease outbreak is generating -- even apart from the human suffering. Unlike other food scandals in Germany, whether large or small, the E. coli outbreak really is a matter of life and death. Therefore, extreme caution should be exercised and the warning about Spanish cucumbers was warranted because E. coli bacteria was detected in three examples, even if they have now been found 'innocent.' E. coli pathogens have no business being on cucumbers!"

"The drama surrounding the cucumber would be amusing if it was not a matter of life and death. The E. coli bacteria is aggressive. Within a short time period, affected patients suffer seizures, many lose the ability to speak, and some die. Scientists and doctors are doing everything they can to find the source of the bacteria."

"In their eagerness to protect people, the German authorities were too quick to issue warnings about Spanish cucumbers. That is unfortunate, and certainly there should be compensation, but it is no reason for a diplomatic dispute. Europeans would be better off asking why the European Commission accepted the German warnings without carrying out its own tests. The sober conclusion is, therefore, to double check from now on."

"The emergence of a new strain of E. coli and its spread is a type of microbiological worst-case scenario: A chain reaction running out of control and causing more and more damage. Not that mutations and gene exchange between the rapidly dividing single-cell organisms would be anything exceptional -- it is part of nature. But the news that the E. coli epidemic had emerged from a previously unknown source makes the fight against the disease even more difficult."

"Everything else is less certain than several days ago. Besides vegetables, other suspects are being considered: meat, milk, water, contact with animals. Any assignment of blame could be a mistake. The situation calls to mind the transfusions contaminated with E. coli bacteria which killed babies in Mainz in 2010: a hairline crack in a bottle turned out to be the cause. What can the authorities recommend with certainty to a concerned population? Now we can imagine how people once fretted about the plague and cholera creeping up from unknown sources. Wild miasmatic ('bad air') theories were circulating, and people who could not find anyone to blame invented the guilt of witches, Jews and so on. Today it's the Spanish, factory farmers, long-distance traders. It is better to remain silent as long as you do not know the truth."

"Only a week ago, Helge Karch was one of the few people familiar with the Husec 41 strain of the E. coli intestinal bacteria. Over ten years, Larch has assembled a unique collection of 588 samples of the E. coli bacteria from around the world. Whenever a patient in Germany falls ill with hemolytic-uremic syndrome, a disease caused by E. coli which is also known as HUS, the scientist from Münster gets a sample of the responsible pathogen to examine."

"Only with his help was the currently rampant deadly bacteria identified within a week of the first stool samples being received, and a test was subsequently developed which is being used in every molecular biology lab to isolate the root of the outbreak."

"Karch has no answers as to why this bacteria has suddenly become so dangerous, why it is spreading so fast and why it affects women more than others. He had warned of the pathogen many years ago, however, and he has also repeatedly pointed out that a massive outbreak, as being experienced at the moment in Germany, is not unthinkable."

"Many of the current infections would be easy to avoid, according to Karch. For while he describes the level of washing food in Germany as "very good," the hygiene habits of Germans leave a lot to be desired in his opinion. For starters, many do not even wash their hands before every meal."

"World Health Organization experts announced on Thursday that (the bacteria) which is ravaging Germany is a previously unknown strain that must have somehow developed from two different E. coli pathogens -- including mutations. If this is correct, Germany has been chasing a phantom so far. It could explain why, despite all the searching and rapid tests, the spread and source of the deadly bacteria have yet to be determined."

"We are therefore still groping around in the dark, and can see what an easy time of it this new and deadly pathogen is having. As long as this killer can operate from an unknown hiding place and find new victims, prevention remains the first priority. In the kitchen, strict hygiene measures which have sometimes been neglected must be adhered to and vegetables should be eaten cooked rather than raw, because no matter what the pathogen is exactly, it is not likely to survive being baked or fried." 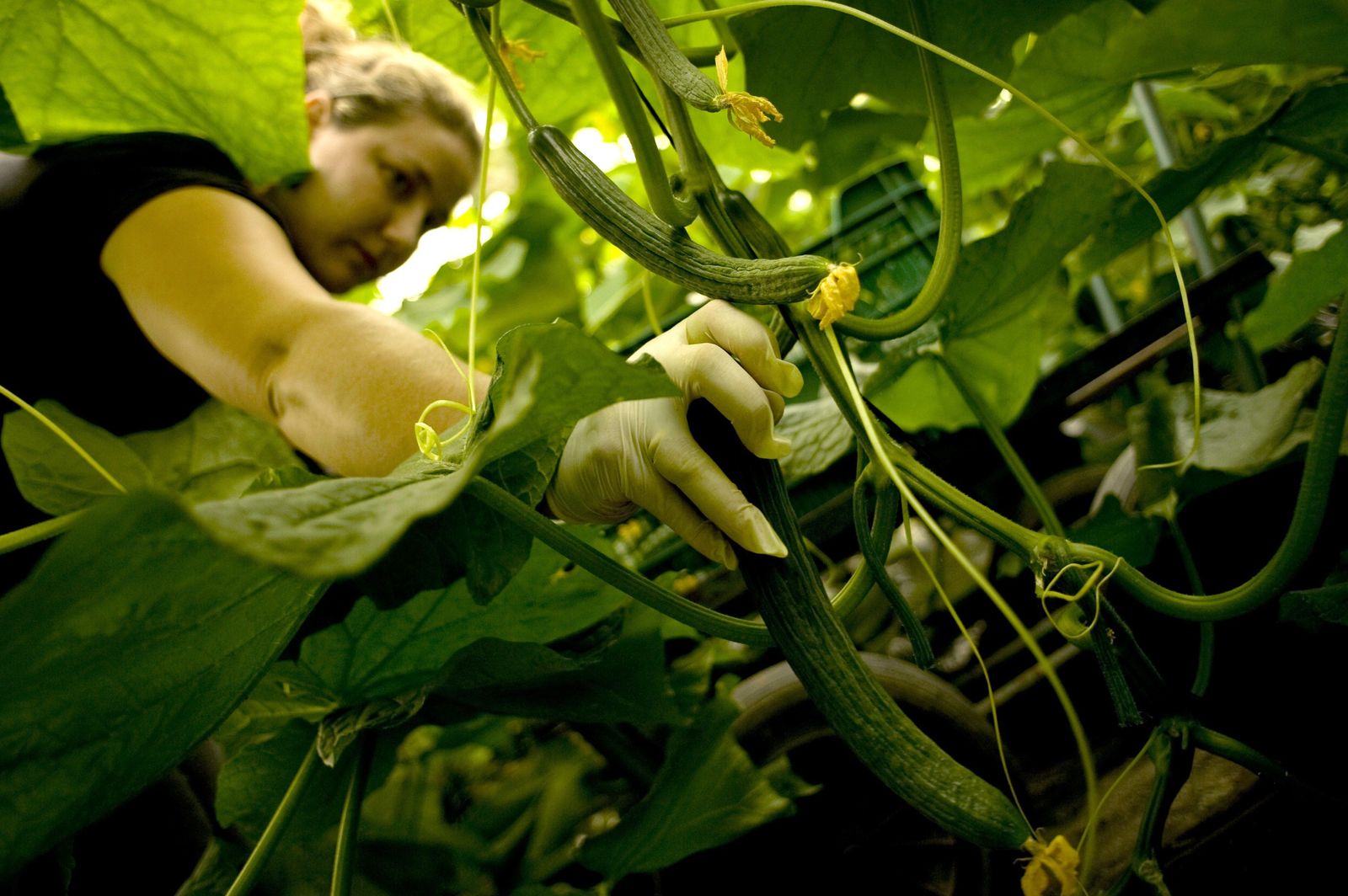