The head of the Protestant church in Germany, Bishop Margot Kässmann, has announced her resignation. Her decision to step down came after she was caught driving with three times the legal blood alcohol limit on Saturday night in Hanover.

Kässmann, the first woman to lead Germany's 25 million Protestants, addressed reporters on Wednesday afternoon. Just six minutes into the press conference she made it clear that she felt her position was untenable following the news that she had been stopped by police after driving through a red light.

She said she "could not stay in office with the necessary authority." She said that she was sorry that she was disappointing the many people who had urged her to stay on as head of the church. Kässmann thanked her staff who had stuck with her and her children. "I thank my four daughters who have shared in this decision," she said.

She said she knew from the past that "you cannot fall deeper than into God's hand."

Earlier on Wednesday, the Council of the Protestant church released a statement on the matter. The 14 members of the council said that, after a hastily organized conference call on Tuesday, they were unified in their desire to stand behind their bishop's ability to make the right decision on the affair. The press statement said that, "the council places its undivided trust in its head, to make decisions about how to move forward together."

Since her appointment last October, Kässmann had made headlines with several controversial political statements, concerning Germany's engagement in Afghanistan -- she called for a withdrawal of troops -- as well as on social welfare issues.

On Wednesday German commentators appeared to be supportive of her. While all of them condemned the act of drunk driving, none of them felt that Kässmann necessarily deserved to lose her job.

"Presently schadenfreude has right of way. It won't be stopped by a red traffic light. Hasn't (the bishop) shot off her mouth in the past? Hasn't she come across as particularly enamored of her own opinions in questions of morality? Yes, she has. Nonetheless, that is no reason for schadenfreude."

"To err is human -- and that this also applies to the highest dignitaries in political, spiritual and other realms should be able to be openly discussed. And that discussion centers only on this one instance of drunkenness. It should not be mixed up with Kässmann's statements on German efforts in Afghanistan or her comments on social welfare benefits."

"At the same time though, there's a difference between catching your average Citizen X or Y drinking and driving and catching the head of the Protestant church drunk driving. Kässmann's position is one of the highest in Germany and in this nation (almost 30 percent of Germans belong to her church), she embodies a moral authority that overshadows almost all others. The Bishop behaved like a private citizen on Saturday -- she overlooked the fact that she neither should, nor can, do so. And because of that, she has damaged her position."

"This situation seems to have come about because of the bishop's own understanding of the job. She seems to have been inspired by a vision, whereby the head of the church becomes more approachable. She also seems to have been determined to expand her role -- which is why she has not wanted to acknowledge the fact that her probing political interventions had sent her into uncharted terrain. It might be nice if this occasion -- of the blood alcohol content of 0.154 percent -- caused the bishop to display less hubris in the future."

"Margot Kässmann, the highest official of the German Protestant church, has made a mistake. By rights, representatives of the church -- who preach the value of human life, who also protect it -- should be catching a cab when they have had too much to drink."

"So far, so bad. And what differentiates Kässmann from the many others who have already made this mistake is that she is a role model for so many. Her life and her job are connected because of what she preaches, which comes from her own experiences -- the experiences of a mother of four, of a cancer survivor and as a divorced woman. She is something of an icon now, standing for what is good, what is authentic and what is moral."

"However, a human being cannot always be good, authentic and moral -- simply because they are human. And so the icon Margot Kässmann is damaged. The damage is accompanied by a lot of noise and fury -- because of her celebrity, because of the height from whence she has fallen and because she is a woman. We forgive men for alcohol abuse with just a wink and nudge. But when a woman drinks, we ask whether she has personal problems or whether she has problems with the job?"

"Margot Kässmann must acknowledge what she did, she must accept her expected punishment, she must show remorse and she must turn this situation around -- all of these are Christian themes. But she must also stay in the job -- a fallible icon. Because, as yet, the Protestant church has never claimed infallibility."

"We don't know if Jesus ever got drunk. And if he did, we don't know what his blood alcohol levels might have been. However theologians tell us that, according to the Gospel, he enjoyed wine and a good party -- the wedding feast of Cana is a good example."

"And now Margot Kässmann, the head of the Protestant church in Germany, has driven drunk. The problem here isn't the intoxication -- even a Christian shouldn't be forbidden that. And even a spiritual leader should be allowed this. After all, we don't want to end up being called hypocrites. Indeed, for the Bavarian bishops of other churches doesn't a feast, complete with good monastery-made beer, practically belong to the job description?"

"What is problematic is the amount of alcohol -- this indicates that at least a bottle of wine was consumed. And the problem with that, is that the bishop drove her car having drunk that much and thereby she endangered other lives."

"This has damaged the bishop's reputation. There are many people who will no longer take her speeches seriously -- at the very least, when she talks about fasting or about road safety. But there are far more important themes that the church can pronounce upon, such as the call for peace or for justice. It would be a pity if Kässmann's voice was no longer heard in these larger social debates, just because of this one incident of stupidity."

"To her credit, Margot Kässmann has not talked about the fact that this mistake has been made by thousands of drivers before her, and year after year. And it is true that it is part of the Bishop's job to present a particularly good example. But 'good example' is not a synonym for 'paragon of virtue.'"

"A role model who is not allowed to make any mistakes is no role model at all. No, they would be a dishonest cliché, a fantasy of double standards. Earlier, this could have been applied to the church. Today this description applies to the media." 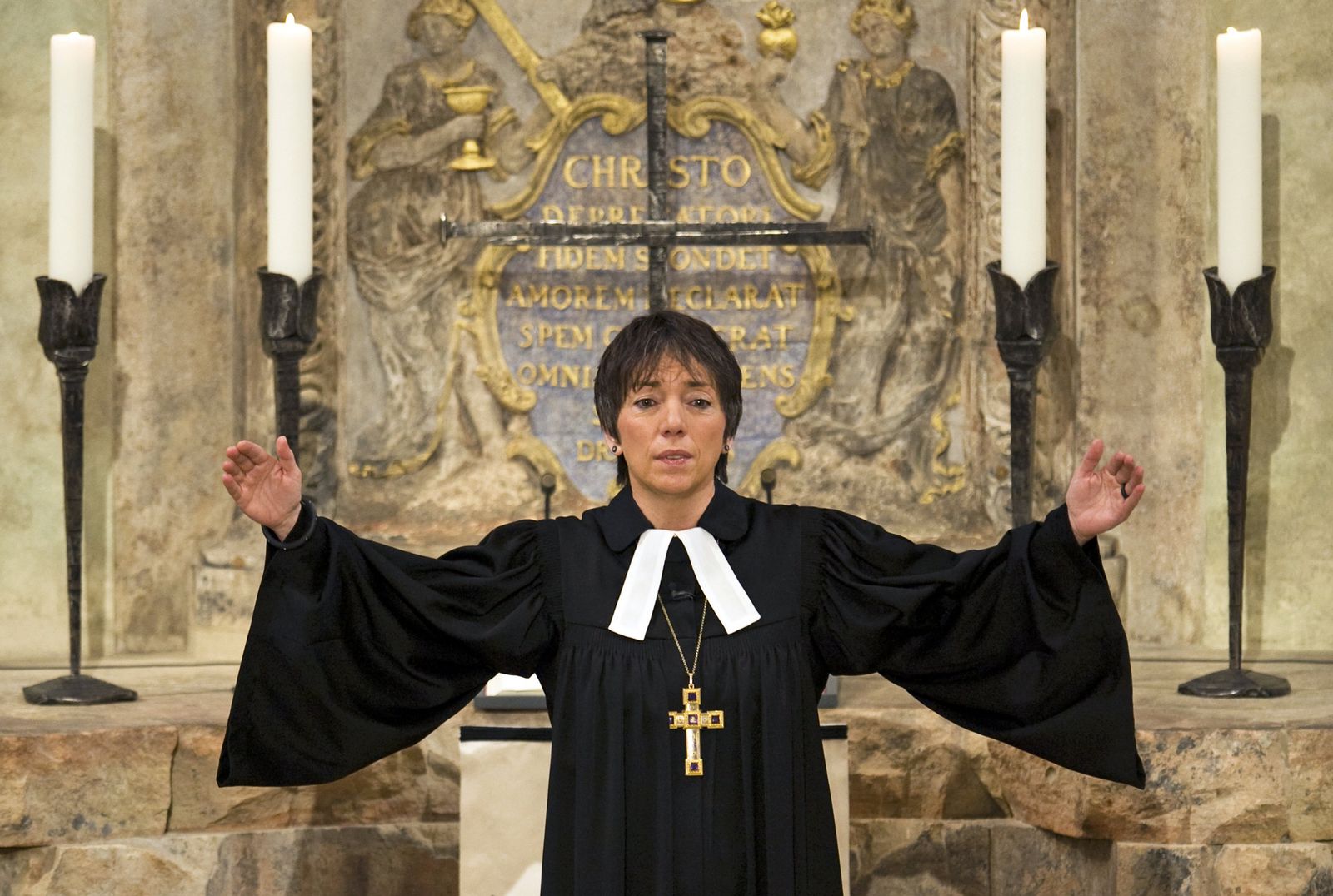