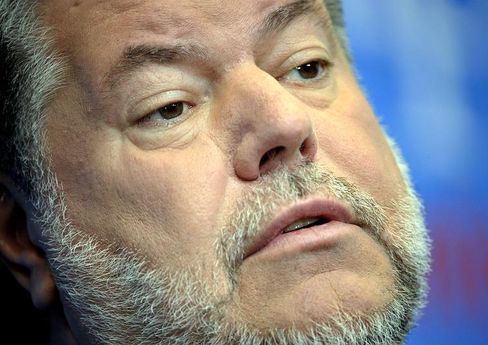 Kurt Beck said he was undermined by "spin doctors" within his own party.

Kurt Beck says he quit as chairmanof the Social Democratic party on Sunday because his authority had been undermined by "spin doctors" within the party who had deliberately fed false information about him to the media.

Beck threw in the towel at a meeting of the party's leadership near Berlin on Sunday after just two years and four months in the job.

He explained his departure at a news conference in the south-western town of Mainz on Tuesday at which he said he had stepped down because a number of media had published erroneous reports about the planned nomination of Frank-Walter Steinmeier, Germany's foreign minister, as the SPD's candidate for the autumn 2009 general election.

Beck said he had decided months ago not to run against Chancellor Angela Merkel next year and to let Steinmeier do it instead. He had told Steinmeier about this decision weeks ago and the two of them had decided to make the decision public this week.

However, media reports on Saturday night suggested that Beck hadn't voluntarily handed Steinmeier the nomination. "These reports were based on deliberate misinformation," Beck told Tuesday's news conference. He refused to name names but made an attempt to absolve Steinmeier and other top-ranking SPD leaders from blame for the "spin", saying: "This expressly doesn't refer to the top political ranks."

Media commentators say Beck, an affable, provincial politician who has governed the state of Rhineland-Palatinate since 1994, never felt at home in Berlin's cut-throat political scene. The manner of his departure -- blaming traitors and erroneous media reports -- proves he was the wrong man to lead the intrigue-ridden, traditionally divided SPD, say commentators.

Now Beck, worn down by months of criticism of his leadership from within the party and from the media, can settle back down to provincial politics in Rhineland-Palatinate and leave his successor Franz Müntefering to handle the back-stabbing world of the "Berlin media republic," say commentators.

"Kurt Beck said goodbye. One was tempted to call 'at last' after him as he went. Anyone who still thought he was good at running the SPD must have changed their mind yesterday after his teary appearance at the press conference. The party leader leaving the stage lacked the ability to lead. Anyone appointed to the top of a major political party must be able to take on the job of chancellor, which means he must be able to lead. He has to exercise power with frugal gestures and in a soft tone, but if that's not enough he must be ready to bang his fist on the table. He can't just moan about the press and about intrigues 'from the lower ranks', he should deal with such people behind the scenes."

"A legend has spread across the country since Sunday: the legend of a successful SPD chairman who was chased out of office by ambitious and malicious comrades and their helpers in the media. How long was the SPD leadership supposed to keep looking on as their party slumped deeper in the opinion polls week by week? What were they supposed to do in the face of an accelerating decline in membership? Wait for a miracle?"

"Kurt Beck claimed his tactics were right, his team was good and the coach was great. What a mistake!"

"When he became chairman of the national SPD in May 2006 Beck joined a game whose rules he doesn't accept. If you want to get your way in Berlin you have to accept and master the rules of the Berlin media republic. You definitely can't change them. On a human level it was honorable that Beck refused to reshape himself for his new job in the capital. But it was nevertheless politically naïve. You can't manage a federal party with the same methods as you do a state chancellery in Mainz. And that applies especially to the intrigue-hardened SPD with its rivalling wings."

"It was also honourable of Beck to expressly exclude the top echelon of SPD leaders from blame when he cited a repeated breach of trust within the party as his reason for quitting. He clearly wanted to avoid fanning conflict within the party. But his version of events isn't wholly true. There is no doubt that the spin doctors of one or the other party grandee played their part in Beck's downfall."