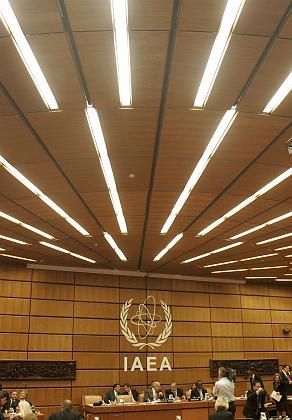 The International Atomic Energy Agency is not impressed with France's new rhetoric.

Sometimes it's not the message, but the messenger who delivers it. After spending much of this decade going head to head with the US over its invasion of Iraq due to nuclear weapons suspicions, France seems to be joining American bellicosity when it comes to those same suspicions about Iran. On French radio on Sunday, French Foreign Minister Bernard Kouchner said that it is time to "prepare ourselves for the worst" and indicated that he was talking about a possible war with Iran.

The remarks are simply the most recent indication that France under new President Nicolas Sarkozy is turning its back on the almost reflexive anti-US stance of his predecessor Jacques Chirac. And they have not been universally well-received. On Monday, the UN's head nuclear watchdog Mohamed ElBaradei blasted Kouchner, saying that diplomacy is still the best route and warned against "hyping" the issue.

"There are rules on how to use force," ElBaradei said "and I would hope that everybody would have gotten the lesson after the Iraq situation, where 700,000 innocent civilians have lost their lives on the suspicion that a country has nuclear weapons."

Kouchner also indicated that the European Union might begin looking into imposing its own sanctions against Iran, should the UN continue to be unable to strengthen those currently in place. China and Russia -- both of which wield vetoes on the UN Security Council -- have been reluctant to take a harder line against Iran, which is widely suspected of trying to develop nuclear weapons.

German commentators, still scratching their heads about Sarkozy's recent offer of nuclear weapons to Germany, take a look at the new French position on Tuesday.

"There is really only one possible explanation for Kouchner's comments: He wants to ratchet up the pressure. Germany, which is tentative about new sanctions, will feel it, and Russia and China will both be forced to realize that a new storm is brewing. Using the word 'war' accelerates the escalation relative to Iran, and is the most obvious indication yet of a radical change of course in the French Foreign Ministry. But it wasn't an intelligent choice of word."

Conservative Die Welt, which in recent years has often seemed like the only German daily to support US foreign policy, falls all over itself with glee on Tuesday:

"The most recent surveys of the German Marshall Fund show that 56 percent of Germans think that a nuclear-armed Iran would threaten Europe. But only 22 percent of those asked could imagine military action against Tehran. The result is that all German politicians are relying on negotiations in the hope that Iranian President Mahmoud Ahmadinejad will collapse under the wall of words."

"If he doesn't, most here seem to hope that Germany will retreat into the background. ... But this time it will be more difficult. Contrary to last time, with the invasion of Saddam Hussein's Iraq, it's not just the Americans (Republicans as well as Democrats) who are pleading for an uncompromising position against Iran ... ."

"France has made a U-turn in its policy toward Iran and in its position with regard to the United States. It will lead to an end of the classic rivalry between Paris and Washington. In addition, the French government is apparently ready to, if need be, move against Iran even without the Security Council. One can only hope that Paris can influence Berlin's course too. Because Iran is a threat -- and it is a threat that affects Europe as well."

"Kouchner wants his words to be understood in Tehran, Washington and Jerusalem: As a threat of war against Iran, or at least as a signal of France's preparedness to support America's possible war against Iran. The reactions show that the message has been comprehended in the three capitals. In Berlin, for its part, the interpretation of Kouchner's remark as a threat of war has been completely rejected."

"But there is one question that remains: Is France seriously weighing a military option against Iran? Or are the bellicose rhetoric and demands for fresh sanctions merely attempts to hinder, as Sarkozy put it in his first major foreign policy speech in August, having to one day face the 'catastrophic decision' between an Iran with the bomb or having to bomb Iran? If that is, in fact, France's game, then it doesn't seem to be working, at least in Iran. Kouchner's words have strengthened the hand of the hardliners and those in favor of atomic weapons. And that increases the likelihood of war."