The German government is currently mulling legislation aimed at protecting employees from being spied on in the workplace following scandals at rail operator Deutsche Bahn, Deutsche Telekom, discount grocery retailer Lidl and other companies where bosses systematically snooped on their workers. 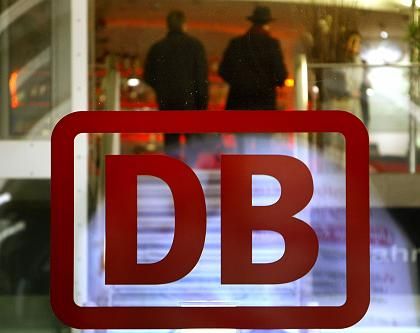 Rail operator Deutsche Bahn is the latest German company to admit spying in its employees.

Even Interior Minister Wolfgang Schäuble, not regarded as Germany's greatest right-to-privacy campaigner, is in favor of a new law. However, there's not enough time to draft and pass the bill before the September general election, so it will likely have to wait until after the next government is in place.

Schäuble held a meeting on the subject with trade union leaders, business association chiefs and Economy Minister Karl-Theodor zu Guttenberg on Monday to agree to a plan of action on preparing legislation that will prevent a repeat of recent cases in which firms checked the telephone calls and bank accounts of their staff or monitored them secretly with surveillance cameras.

So far Germany has no clear rules dictating how far companies can go in monitoring their staff. Media commentators welcome the planned legislation as overdue, but some argue that companies must be allowed some leeway to combat corruption by employees.

"Company managers caught spying on their employees in Germany have had a great excuse so far -- there's a legal gray area regarding what's allowed and what isn't when it comes to monitoring staff. What the government is doing now is long overdue -- a separate law to protect employee data."

"It nevertheless must remain clear that a fair working relationship in a company cannot be codified in law, and that many of the spying attacks are merely the symptoms of neoliberal corporate cultures. In other words: It's no coincidence that the spying scandals are occuring in companies that rely on business models that exploit workers."

"So insecure employees -- and not just those at the companies involved -- might be asking right now how serious their employers are about protecting their right to privacy. Are their e-mails secretly being read? In that kind of climate of uncertainty, the call for hasty solutions often comes quickly. The head of the Confederation of German Trade Unions called for a blanket ban on the survaillance of workers. But Germany's interior minister has warned that the battle against corporate corruption in Germany is vital and should not be discredited by disproporationate outrage."

"After all, when they went about this, the companies' initial aim was totally legitimate. Lidl wanted to catch employees who were stealing, Deutsche Telekom wanted to stop the leaking of top secret information. Meanwhile, Deutsche Bahn wanted to prevent the payment of kickbacks in the awarding of contracts. Indeed, it is the responsibility of managers to take action against these problems. If they don't they could threaten to have the same kind of corruption issues that recently plagued Siemens."

"The grey area when it comes to data protection doesn't stem from a lack of regulations but from their confusing nature. The legal position needs to be made more transparent. That's a job for lawmakers."

The center-right Frankfurter Allgemeine Zeitung warns against making it too hard for companies to fight corruption:

"Some of the hunted are likely to have taken pleasure in recent months at how the public has vilified their pursuers. The exaggerated use of video cameras and data scanners as well as sloppy handling of personal data by large companies and public authorities were rightly condemned as scandalous, but one should at least take into account the fact that these actions were intended to fight crime rather than commit it. And if data protection for employees is now strengthened, one should leave open some avenues for fighting corruption with the help of computers."