The news on the Germany economy in the last few days has been both good and bad. While public borrowing has almost doubled since last year, economic growth is at its strongest in decades and business confidence is on the rise. It seems the costly measures that the German government took to stave off a deeper recession may have worked, but they have punched a massive hole in the state finances.

The Federal Statistical Office on Tuesday announced that the deficit rose sharply to 3.5 percent of GDP in the first half of 2010, putting it on track to break the European Union's budget rules. Net borrowing came in at €42.8 billion ($54.4 billion) -- more than double the €18.7 billion ($23.6 billion) for the first half of 2009. The EU requires its member states not to surpass budget deficits of 3 percent of GDP, but German government officials had already admitted in July that the overall figure for the year is likely to be 4.5 percent, as the bills for financing the country's massive stimulus packages finally come in.

However, recovery from the deep recession of 2009 seems to have come faster than even the most optimistic analysts had forecast. And Germany is hoping its massive austerity package will help it slash the deficit and soon bring it back into line with the EU rules.

On Tuesday the Federal Statistical Office also confirmed earlier numbers that showed the German economy had grown by an impressive 2.2 percent in the second quarter -- the fastest pace of growth since reunification 20 years ago. Consumer spending is also growing, up 0.6 percent in the second quarter -- the first rise in a year -- and there is also an increase in investment by businesses.

Economy Minister Rainer Brüderle welcomed the news on Tuesday, saying: "The economic dynamism shows that the confidence of consumers and investors has returned."

On Wednesday, the Munich-based Ifo research institute added to the positive news. It said that business confidence had increased in August, rising from 106.2 points in July to 106.7 points. The institute said companies were planning to hire more people despite the anticipated slowdown in Germany's recent export boom.

On Wednesday Germany's newspapers are largely forgiving of the soaring budget deficit, with many arguing that the debt was needed to shore up the economy amid the global financial crisis.

"The figures show that, to the amazement of many, the politicians have done everything right. The deficit of €42 billion has to be viewed in the context of the latest figures for economic development. They showed the strongest economic growth in the second quarter since German reunification. And that was no small feat, considering it came just months after the deepest recession since the war. It shows that the two stimulus packages brought in by the former government were far more successful than almost all the experts had expected."

"If the grand coalition (editor's note: the former coalition government of the center-right Christian Democrats and the center-left Social Democrats) had not acted so decisively, then the budget deficit would not have been lower but higher -- just look at Britain and the US. Of course the record deficit in Germany is no cause for celebration. However, when one thinks of the alternatives, then the deep red numbers in the budget have seldom been so easy to forgive."

"A look at the two big importing countries, the US and China, show that Germany's export-driven growth is a highly risky affair. In the US, weak growth is getting even weaker and China is showing signs of cooling down."

"It is, therefore, a positive development that there are the first indications of an increase in domestic investment and consumer spending."

"It remains to be seen if the traditionally frugal German consumers will prove to be supporters of economic growth. Despite falling unemployment levels, private spending has only increased by a meager 0.6 percent in the second quarter -- after having decreased for the previous three quarters. This is far from a consumer boom."

"In order to relieve consumers, the government should hold off from increasing contributions for health insurance and unemployment insurance. That might increase the public debt in the short term, but it would be a small price to pay if it succeeded in helping Germany to at least partially become less dependent on the global economy."

"The unusually good economic situation in Germany is already financing a large part of the costs of the stimulus packages and the bank bailout. If economic growth does not take another nosedive in the second quarter, then Germany could likely once again meet the deficit limit by 2011, a full two years before the European Commission has demanded. Yet no one in the Finance Ministry is allowing themselves to celebrate."

"The slow economic growth in the US and a probable cooling down of the Chinese economy could also slow down the German export-driven economy and thus reduce tax revenues in the second quarter. And there are also concerns that the bank rescue fund, Soffin, may still have to pay out further billions."

"The German economy is showing the strongest growth in years. However, on the financial markets, concerns about the global economy's prospects are growing.  The US is showing anemic growth and high unemployment, Japan is highly indebted and suffering from a far too strong currency in the yen, the economies of many countries on the periphery of Europe need to be restructured, while Germany is hardly going to be able to keep up the pace of growth. There is no sign at the moment of where any good news is supposed to come from. Autumn is traditionally seen as a tough time for the markets. This year, the autumn fog has already descended on the international financial markets in August."

"Germany has become the example of how to deal with the crisis. France's deficit is almost 8 percent, while that of the Americans and the British is over 10 percent. Should Germany therefore point the finger in the direction its partners should follow, and show them the path to virtue? Not at all. After all, where did Germany's growth come from? From abroad. In the first half of 2010, the gap between domestic demand and economic growth was 5 percent."

"That is why it is time to give our partners something back. Germany has to cancel its big austerity program. The government should allow the economy to grow, and support domestic demand through clever investment in infrastructure and education. That would also benefit our trading partners." 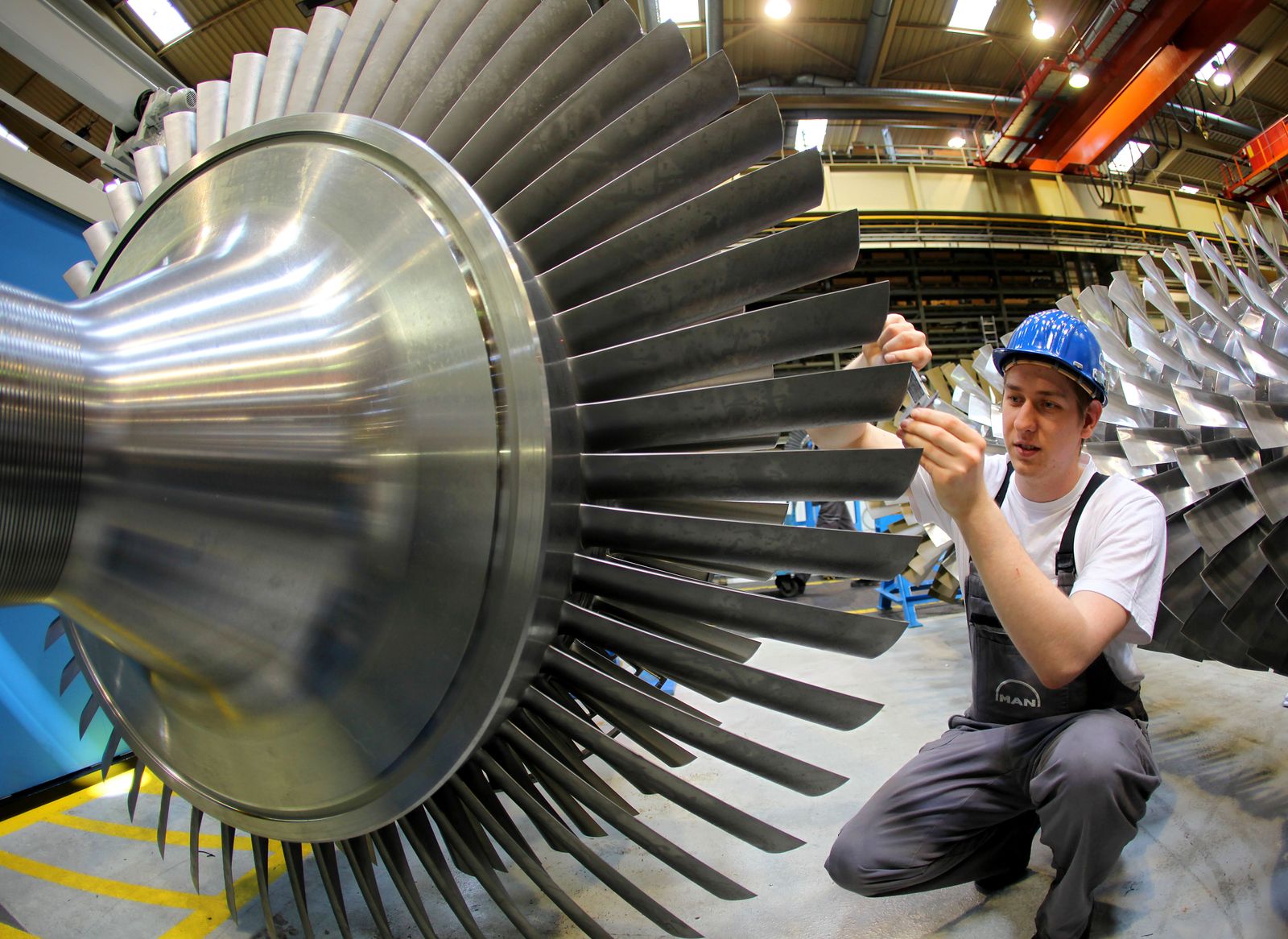 The German economy is strong but the deficit is soaring.