It is a scandal that has already claimed three scalps and that refuses to go away. The repercussions of an air strike called in by a German officer in Afghanistan in early September are still being felt in Berlin. With new details emerging by the day of the circumstances surrounding the attack which killed up to 140 people, including civilians, German Defense Minister Karl-Theoder zu Guttenberg is coming under pressure to reveal exactly what he knows about the air strike.

Colonel Georg Klein called in the strike on Sept. 4 after two tankers had been captured by the Taliban not far from a German military base. A classified NATO report obtained by SPIEGEL states that the Klein's real target was the Taliban who had hijacked the vehicles rather than the tankers themselves.

The incident has proven highly controversial in Germany, where the deployment of the 4,300 German troops in Afghanistan is opposed by the majority of the population.

Most German papers on Monday are withering in their criticism of the way the government has handled the crisis. Many blame the communications disaster on the fact that Berlin is still reluctant to admit that it is at war.

"The house of lies that has been built since the beginning of the Afghanistan mission in 2001 is crumbling at the moment. The deployment that has been labeled by Berlin a stablization and reconstruction mission is taking place in a war zone. And the Bundeswehr has not just been deeply embroiled in a war since this spring. The succession of governments -- first that of the Social Democrats (SPD) and Greens, then the grand coalition and now the CDU-FDP coalition -- have not had the courage to speak this truth."

"Guttenberg isn't even the focal point. He ignited the scandal with inexplicable statements and described the attack as 'appropriate', even though there were errors made. However, the issue in Kunduz is not one of correct procedure. The bombing was not a bureaucratic act."

"The true responsibility for the airstrike and the cover-up lies with the former CDU-SPD grand coalition -- with the chancellor, the former defense minister and the foreign minister, who shouldn't have concealed the real target of the attack. All kept silent, even though it was their duty to reveal the true background to the attack. They are now paying the price for that and for nine years of self-deception. This price may turn out to be very high, indeed"

"What exactly is the Bundeswehr doing in Afghanistan? Ever since the bombing of the tankers near Kunduz, the German public has realized that the statement by former Defense Minister Struck that German security is being defended in Hindu Kush leaves everything open. From the time he took office in 2005, former Defense Minister Jung continued to speak of a stabilization mission. It was only his successor Guttenberg who conceded that soldiers were justified to feel that they were in a 'warlike' situation."

"However, does the German parliament, which has just extended the mandate again, want the Bundeswehr to be waging a war in Afghanistan? And is this what the German people want, in whose name the parliament sent the troops?"

"Now that America is planning a withdrawal in the foreseeable future, the ethical principles of the German people and the Bundeswehr will be put to the test. The enemy has to somehow be vanquished according to the timetable in order to achieve sustainability for the mission and to justify the international casualties. The enemy has to be destroyed militarily, and not just pushed back into the tribal areas."

"As in all wars: the true reasons for the disaster are not Guttenberg's small overestimation of himself or even an indiscretion that is now being alleged in the light of the communication breakdowns. It is, far more importantly, the government's fear of a really powerful enemy, the internal enemy of the 70 percent of voters who reject the war in Afghanistan. The fear is in truth the fear of the public justification for the mission, which now has little to do with the 'defense of Germany in Hindu Kush.' This fear is behind the glut of false reports from Afghanistan and from the Defense Ministry. And it is this lack of courage that breeds the monster: The colonel's order to destroy was the latest proof that this is war and nothing else. Does the government want war? Yes or no?"

"Destroying the enemy, as Klein did, is always the aim of war, regardless of how the unctuous politicians' words would like to gloss over the fact that the legitimacy is not secured. However, every question about legitimacy has to be answered openly and backed up. The game of hide and seek is fatal: for the trust at home and for the soldiers in Afghanistan. The lesson to be learned from the Kunduz affair is bad: The country is not armed for war, either politically or militarily."

"The defense minister was not responsible for the air strike on the tankers of Sept. 4, because he was not yet in that office. There is no reason for him to resign. Of course Guttenberg could have been more reserved in his assessment of the attack and perhaps he did go too far when he supported an action which has still not been proven to have been unnecessary. However, what would his soldiers, who are also our soldiers, have thought of him if he hadn't?"

"Guttenberg was the first minister who openly spoke of a war in Afghanistan or at least mentioned the word. No politician, or journalist, contradicted him then -- quite the opposite. They celebrated the new openness in the Defense Ministry. They obviously forgot that attacks aimed at killing the enemy -- in this case the Taliban -- are legitimate in war. It is not yet possible to reach a final assessment of that night in September. Yet even if it seems a disaster, Guttenberg was most likely only responsible for a shabby crisis management and not for the events themselves."

"Minister Guttenberg was applauded when he declared that the situation in Afghanistan was 'warlike.' Now it emerges that the Bundeswehr deliberately targeted the Taliban in Kunduz, and many are outraged and say that this is not covered by the parliamentary mandate. They want that mandate to be more harmless than it is. 'The use of military force' is without a doubt allowed for the 'maintenance of security' there. The Bundestag never limited this to self-defense. The German soldiers are an active part of this war."

"The scandal is not that the Bundeswehr deliberately killed fighters on the opposing side, but that they have deliberately hidden this from the public. In fact the army had for a long time voluntarily limited themselves to self-defense. This national constraint was lifted in April -- without any public announcement. Since April at the latest, therefore, the Bundeswehr has been at war in Afghanistan -- according to its own estimation. But no one admitted this for months."

"The military engagement in Afghanistan is so unpopular because the government is constantly deceiving and tricking. The government tries to take the public, us, for a fool, whether it be the reluctance to explain the air strike in Kunduz or the circumstances surrounding the firing of Bundeswehr General Inspector Wolfgang Schneiderhan and Deputy Defense Minister Wichert. One cannot entrust soldiers to this kind of government." 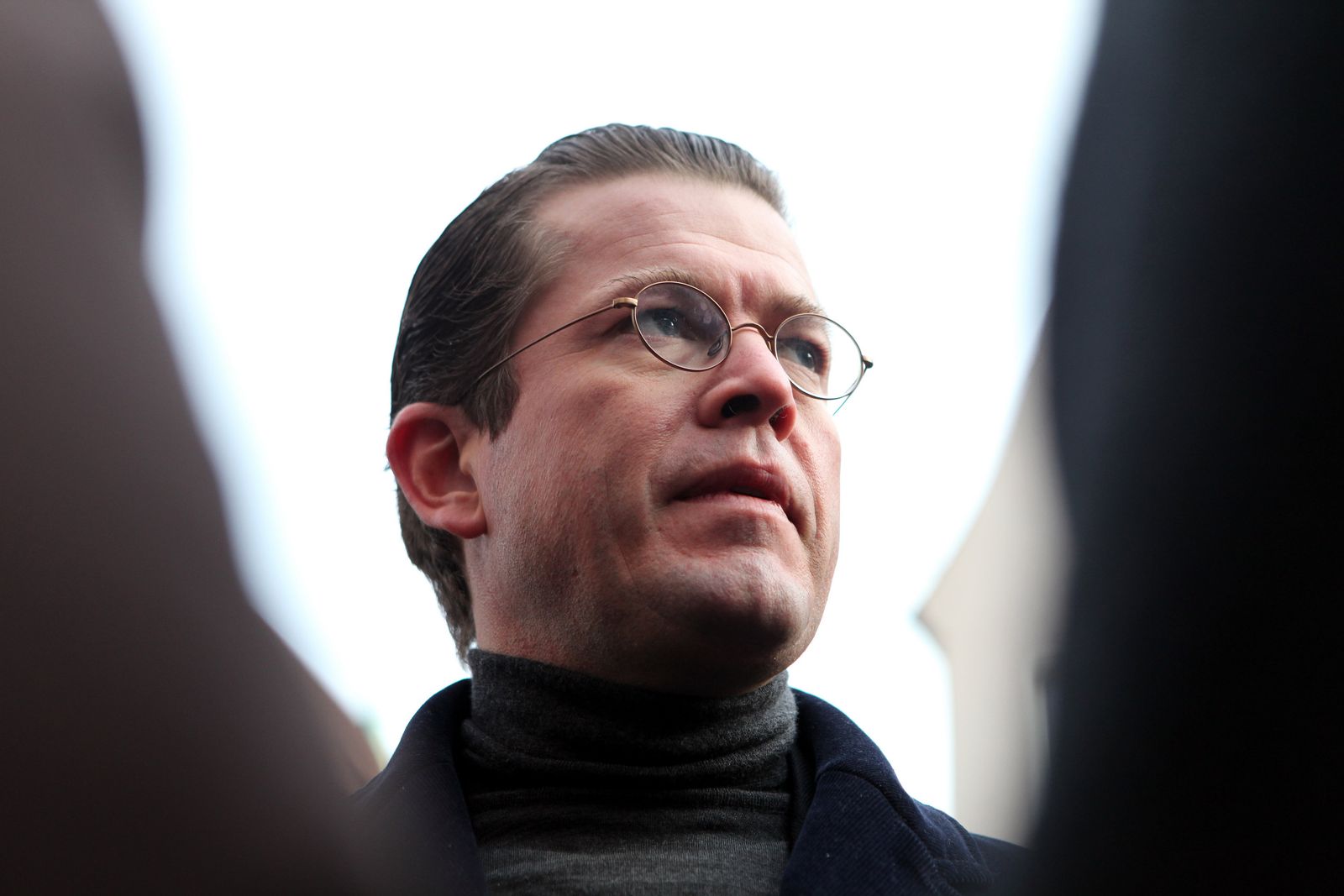