He is calling for Germany's mandatory conscription to be maintained in the constitution but for it to be phased out in practice starting in mid-2011. Under the proposal, the army would shrink from its current size of 252,000 soldiers to around 165,000. Some 7,500 of those would be "volunteers" -- non-professional soldiers who serve for a term of between 12 and 23 months. The debate over eliminating mandatory conscription has been a divisive one in Germany in recent months, with prominent members of Chancellor Angela Merkel's conservative Christian Democratic Union (CDU) and its Bavarian sister party, the Christian Social Union (CSU), of which Guttenberg is a member, claiming that mandatory military service is part of Germany's culture and that the practice should be maintained.

Guttenberg has been ordered by the Finance Ministry to come up with €8.2 billion in savings at the Defense Ministry, but SPIEGEL reported on Monday that the restructuring of the Bundeswehr as a volunteer and professional army would only reduce spending by €1.5 billion.

The elimination of conscription would also bring about an end to Germany's civilian service program, mandatory social work for conscientious objectors who provide inexpensive labor for a number of the country's hospitals, nursing homes and other social institutions. Many organizations claim they would be operating at a severe handicap without the assistance the tens of thousands of young men provide each year.

German Family Minister Kristina Schröder of the CDU said Monday that if Guttenberg's proposal goes forward, she would also present a plan to create a voluntary civilian service program in order to fill at least 35,000 of the current 90,000 slots. Only men are conscripted in Germany, and the program would be opened up to women in order to ensure a greater number of volunteers.

On the editorial pages, many newspapers focus on what the end of the conscription and mandatory civil service would mean for Germany.

"At its core, the Bundeswehr is a large, difficult to maneuver entity that is hindered by bureaucratic shackles, internal contradictions that also has an enormous potential for wasting money. Even the new reforms will do little to change that. They are too indecisive, too half-hearted. Conscription will continue to exist formally, but in practice it will be eliminated. The troops will be reduced, but not adapted to the degree necessary. The parts of the armed forces that could really use reforms the most -- especially the Federal Office of Defense Technology and Procurement -- will remain untouched. ... The indecisive position on conscription shows that (Defense Minister Guttenberg) is just like others in the government -- he would rather take baby steps than courageous leaps."

"If it were left up to public opinion, Guttenberg could easily push through his Bundeswehr reforms. But within the CDU and CSU, he is coming up against skepticism over his plans. With his rigorous savings program for the Bundeswehr, and especially with the way in which he has pushed the project forward, he has alienated quite a few of his political companions. And they are concerned about more than just the elimination of conscription. No small number of security policy politicians have serious concerns that the Bundeswehr could no longer fulfil its duties within NATO and the European Union if its size were so drastically reduced and that Germany could lose clout within the alliances as a result."

"But it is without question that Guttenberg, by going on the offensive, has prompted a long-overdue debate."

"Although there are currently no threat scenarios in Europe that would make it appear completely irresponsible to eliminate conscription, both the conservatives (CDU/CSU) and the Social Democrats are uncomfortable abandoning it. They not incorrectly see conscription as one of the last connective links between the citizens and the state. They also fear the military could become a state within a state. The way out they have conceived -- the introduction of 'voluntary military service,' is already a contortion. At the same time, the conservatives aren't shy about saying that conscription is part of the core of their parties' political identities. But that core has shrivelled to the size of a cherry pit and it can't withstand much more by way of cuts. Whether it be in the environment, schools or family policy, the conservatives have abandoned previous positions in many policy areas. They have only fought -- albeit half-heartedly -- to remain consistent when it comes to conscription. But not for long. The chancellor is waiting."

"With the elimination of conscription, civilian service will also fall. It had long become an independent and lasting emergency assistance program -- but it remained compulsory for conscientious objectors and its existence was tied to conscription. In the future, a new approach will have to be found for civil services, and that's a good thing. Because, to put it in crude terms, the social system cannot freeload off the fact that Germany affords itself an army. It has to be able to prove itself."

"The answer coming from Family Minister Schröder is volunteer civilian service. That's already a better idea -- in no small part because civilian engagement is going to become an important source of help in the future. But perhaps the solution needs to be even more radical. It is not good when civilian service eliminates possible jobs. No matter how reliant hospitals are on volunteers, one should not be shy about taking a sober look at employment potential there."

"The end of conscription will also eliminate civilian service, and that is good. Because civilian service was and continues to be a forced institution that, in light of the competition on the labor market, is an arbitrary incursion on a young person's professional training. It may be good for the social institutions that profit from the civilian service conscripts, but it is an erroneous application of 'human capital' in a sector that lives from the constant influx of the guaranteed and cheapest form of labor. In 2009, there were 90,555 young men in the civilian service."

"The complaint from a number of social organizations that they will not be able to cope with the elimination of the supply of civilian servants is understandable, but it is not socially defensible. The reduction in the supply of workers could cause extremely low wages to rise. But considerable increases in wages are not to be expected because cheaper labor can be imported from abroad."

"The only alternative to the civilian service which has existed up until now is a volunteer service, which would have to be very attractively organized. Minister Schröder has already made some reasonable proposals. One shouldn't judge the chances for a future volunteer service too skeptically. But it is clear that without mandatory civilian service, the vast majority of young men would never even think about working in the cheap services sector." 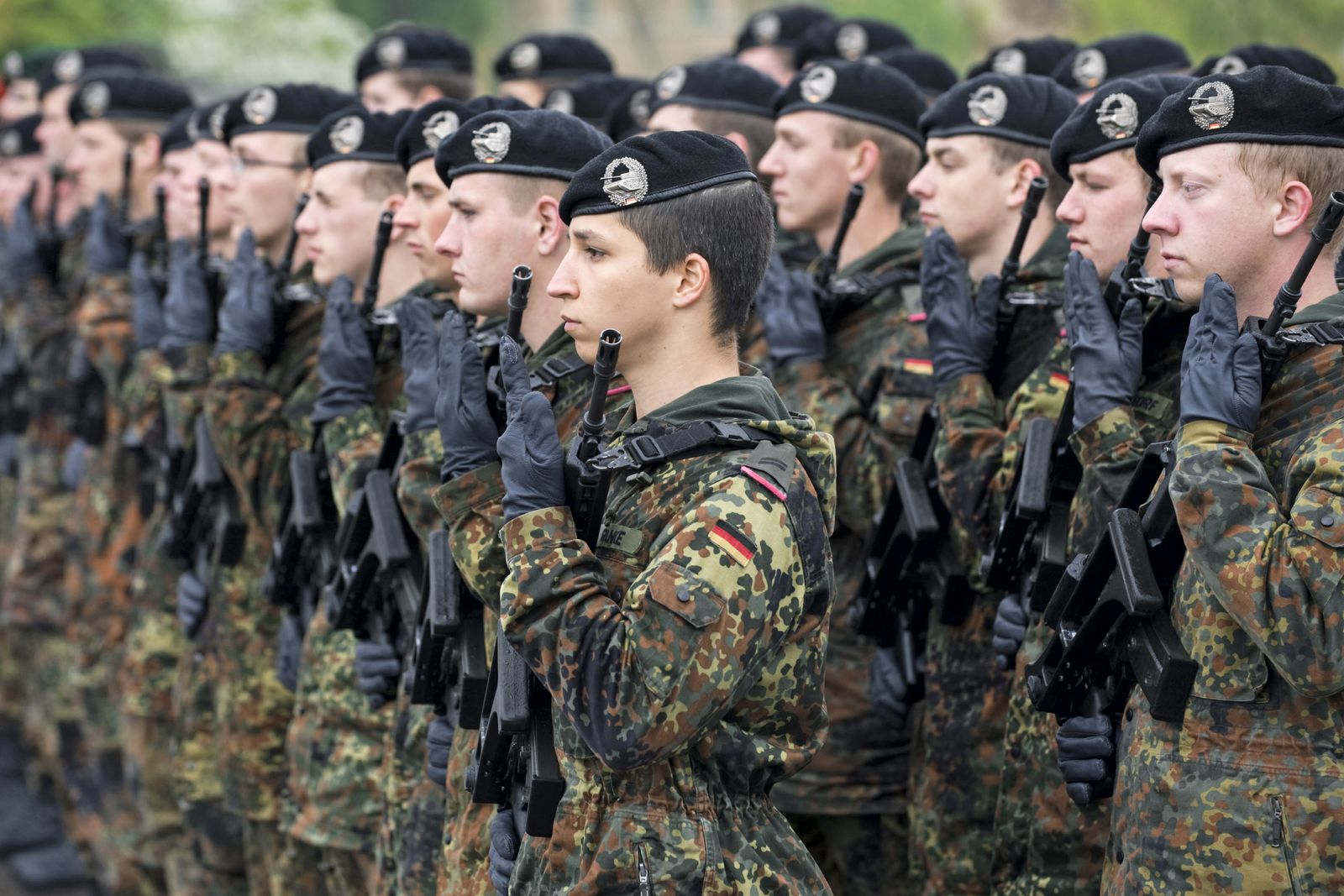