In a country where privacy concerns are paramount, many Germans are particularly uneasy about Google's Street View service. The US Internet giant's plans to launch a mapping feature for 20 German cities before the end of the year has raised the ire of many who would prefer that their homes did not feature on the service.

But on Wednesday, the government rejected a proposed piece of legislation from Germany's upper legislative chamber, the Bundesrat, at a cabinet meeting on Wednesday because it focused too much on that particular service. Interior Minister Thomas de Maizière said that instead the government planned to address geographically-based Internet services in general. To that end he has invited ministers, consumer, data and privacy officials, and the companies concerned to a summit meeting on Sept. 20 to discuss the best way forward.

Google for its part has given Germans four weeks to request that their homes be pixelated, which the company says goes beyond what it is legally required to do.

German Justice Minister Sabine Leuthesser-Schnarrenberger on Thursday defended the government's handling of the issue. She said that a "Lex Google," would not help as it would mean that the government would constantly "trying to catch up with new technical developments."

Speaking to the Saarbrücker Zeitung newspaper, she said that the cabinet had, therefore, decided that a general reform of the data protection law was the best way to deal with these kinds of services.

Renate Künast, a leader of the opposition Greens, slammed the government for the way it had "simply slept" through the development of Street View. Google has spent the past two years photographing German streets in preparation for its service. "We don't need a round table on Google that puts off the issue and people's questions for another year," she said. "We need data protection rules now."

And Peter Schaar, Germany's federal commissioner for data protection, urged the government to come up with new legislation to allow people to ensure their data was kept off the Internet. "It cannot be that the right to object depends on the goodwill of the individual companies," he said on Wednesday.

German newspapers on Thursday take a look at the Google debate and many are concerned with the implications for how the public and private spheres are defined.

"Of course de Maizière is right when he says that Street View could be useful. It is nice to be able to look at where a hotel is situated or where an apartment is before one visits it. However, that doesn't change the fact that some citizens do not want their apartment to be on display -- and current legislation gives them no recourse. Yes, Google has said that it will take these objections into consideration. But it was entirely voluntary."

"At the moment, everything depends on Google's goodwill. De Maizière seems to have no problem with that. That raises doubts about whether data protection is in the right hands."

"What makes Google, with its funny name and friendly logo, a monstrous player in the online world, is its desire for omnipotence. It is no longer about a helpful orientation through the Internet. The search machine has become a virtual and omnipresent world player. That is what has caused the unease."

"Politicians, it seems, were not completely online when it came to the G-question. The burgeoning movement to pixelate the images is not just about the actual pros and cons of Google Street View. It is far more about developing a reflective policy when it comes to the Internet. It is a test case for how far one can go in a constitutional state, in which the traditional spheres of public and private have been radically altered."

"The Street View debate isn't just a result of the silly season, one that will soon be forgotten. It is dangerous because it redefines our understanding of the private sphere. And it could damage the constitutional state if laws are drawn up not to deal with general problems but to damage unpopular companies."

"People have the right to anonymity, particularly in their home. However, a house is not a person. No resident can ban people from looking at the façade of their house if it is on a public street. ... The streets belong to everyone, and that means Google too. If the current understanding of privacy were to be implemented then the streets and pathways would have to be declared private property. The public sphere would disappear."

"Google knows more about you and me than the KGB, Stasi or Gestapo ever dreamed of. Naturally the comparison is absurd, but if Google is some kind of Big Brother, then it is totalitarianism of a sweet, soft kind. This Big Brother doesn't want to do anything evil, just help us. And help itself -- by throwing all of this collected data onto the market."

"Everything is public and nothing remains private. The totalitarian dream -- but without the secret police."

"How can one protect oneself from this sweet totalitarianism?  Make your house unrecognizable. But this would just be a rearguard action, not an attack. A rumor is spreading that those who are refusing to have their homes displayed on Street View are mostly called Horst, Karl-Heinz or Hermine -- in other words, people over 60. The oldies are dying out." 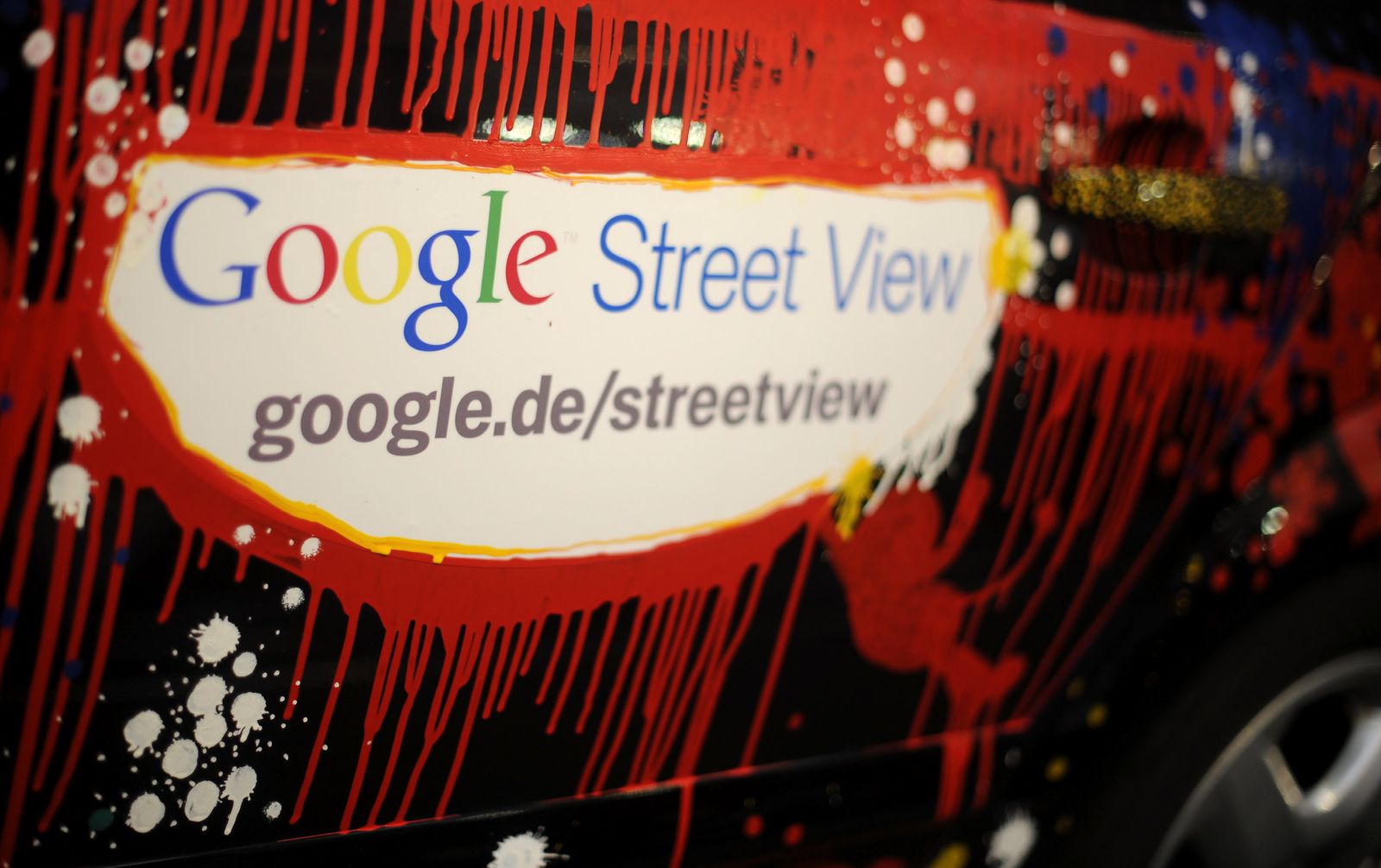