The opposition Greens party voted at a special conference on Saturday to back the 2022 nuclear phaseout date set by Chancellor Angela Merkel in a move that is bound to heighten speculation that the next general election in 2013 may produce a conservative-Green alliance.

The party had previously called for an earlier exit date in 2017, but decided after an intense, six-hour debate to go along with Merkel's timetable. Merkel made a dramatic U-turn on nuclear power after the Fukushima nuclear accident in Japan, dropping her policy of prolonging Germany's use of nuclear power until 2040 and returning to the original phase-out date set a decade ago by a previous government of Social Democrats and Greens.

For media commentators, Saturday's decision provides further evidence that the Greens, now firmly established in the middle ground of German politics, have come of age.

The move showed pragmatism because the 2017 date would have been politically impossible to achieve. The parliamentary vote on Merkel's plan is due this Thursday, and the Greens would have come across as stubborn naysayers if they had voted against a phaseout which, after all, has been their central demand since they were founded three decades ago, commentators said.

The Greens have emerged from their origins on the left fringes of German politics, some analysts say. Their conference on Saturday has shown that they are getting ready for a return to government after the 2013 election -- possibly as partners in an alliance with Merkel's Christian Democrats.

The center-left Social Democrats will also vote in favor of the 2022 exit, and the prospect of broad, cross-party backing for the nuclear exit is good news for Merkel. The chancellor, famed for her astute handling of Germany's complex political scene, will now be able to put the deeply contentious nuclear issue behind her in the run-up to her bid for a third term -- while removing the biggest obstacle to a coalition with the Greens, should her current junior partner, the pro-business Free Democrats, remain in the doldrums.

The Greens, meanwhile, need to sharpen and broaden their profile because they have just lost their main campaign issue. On Monday some editorial writers predicted that their days of record opinion poll ratings are numbered.

"By saying yes to the center-right government's exit from nuclear power, the Greens have emerged from their special party conference as a more mature and stronger party. But they nevertheless face a decline in popularity. The reason for this isn't that voters now regard the nuclear phase-out as a conservative idea, they're not that stupid. And the environment as an issue is by no means resolved. But contrary to their crusade against the nuclear industry the Greens now lack handy enemies, messages and plans."

"There are many issues ahead of the next general elections that could divide the Greens. Should they fight for the preservation of an idyllic Black Forest valley, or for the construction of a reservoir to drive forward renewable energy generation? It will be easy either to be labelled a Not In My Back Yard party, or to disappoint core voters."

"The Greens are less monothematic than the Liberals (editor's note: the pro-business Free Democrats). But if they don't quickly develop new policies they will face the same fate as the FDP. A slump from mass-party approval ratings into political insignificance."

"The Greens have spared themselves a decision they would have found hard to explain to the general public: to vote against a policy that they have spent the last decade fighting for. Paradoxically, this also helps their political opponents. When the Bundestag votes next Thursday on the center-right nuclear phase-out, the parliament will see a rare level of unanimity -- on an issue that has divided this society more than any other in recent decades. Angela Merkel will become the chancellor of harmony thanks in part to the Greens. That will have consequences for future political constellations in this country."

"In this respect, Merkel's calculations have paid off completely. She has rid herself once and for all of the troublesome election issue of nuclear power by referring to Fukushima. At the same time she is opening the door to possible alliances beyond a weak FDP. "

"If the leadership's motion had been rejected on Saturday, the party would have come across as intransigent and far removed from power. By deciding to accept the nuclear phaseout date set by the center-right, the Greens have emerged from the corner of naysayers and shown their readiness to be constructive. In doing so they are living up to the new role they are growing into. The Greens have long since left their origins on the left fringes of society. They are winning more and more supporters in the middle ground, which is the only reason they are so strong."

"The new voters and members expect the party to refrain from eco-niche fundamentalism. They want policies that are shaped by what is possible and that are capable of compromise as long as the big goals are reached. The main thing is that nuclear power is being stopped -- regardless of whether that happens five years sooner or later."

"The Greens' decision stems from the realization that a quicker phase-out wasn't politically possible -- and that a policy of small steps is better than none at all. This is a pragmatic, sober and very political stance. The fact that the Greens leadership realized this so quickly and that the party base agreed shows that the party is in spirit getting ready to return to power in Berlin. It isn't unlikely that the 2013 general election will produce a coalition including the Greens because the party has long since grown into the third important player alongside CDU and SPD." 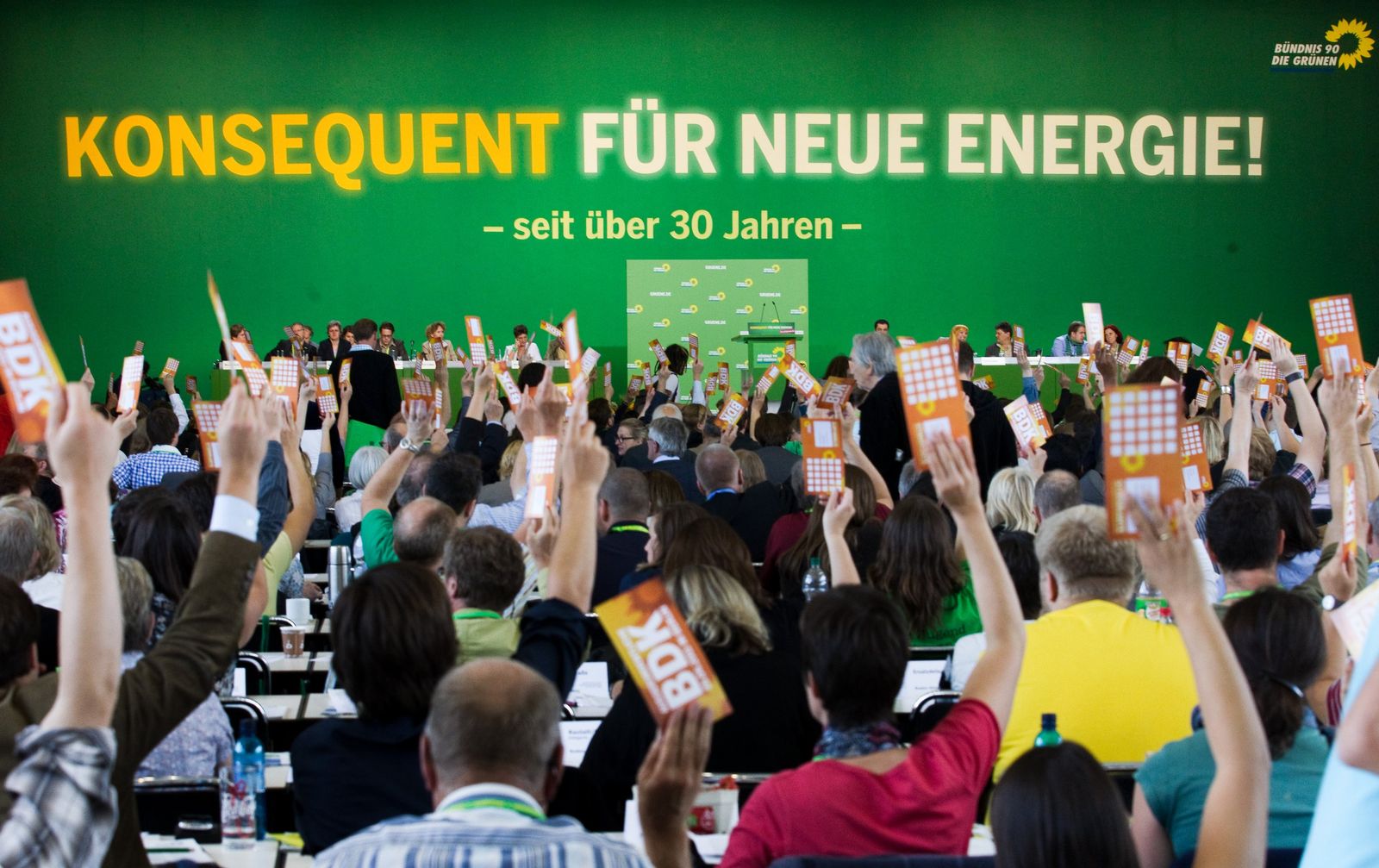