A new state coalition led by the Green Party in Baden-Württemberg has decided -- at last -- on a way forward through the massive redevelopment controversy known as Stuttgart 21. They've left it up to the people: A referendum in October will determine whether Stuttgart's main rail station will be sunk underground at massive expense, as already contracted and planned; or whether environmental and other concerns should stop the project altogether.

Winfried Kretschmann, the state's likely governor-to-be, announced the referendum plan Wednesday with a representative from the Social Democrats (SPD), the Greens' new junior coalition partner. It took weeks of negotiation just to reach this point, and most observers see a loss in the cards for the Greens. A popular referendum will probably preserve Stuttgart 21.

A Historic Triumph, Then a Headache

A late-March election brought The Greens to power with an unprecedented 24.2 percent of the vote -- the best showing for the party at a state level in history for the party. Since the Fukushima nuclear disaster began on March 11 in Japan, the party has seen unprecedented momentum, which may yet sweep it to national power in Berlin.

But in Baden-Württemberg they have a problem. Grassroots opposition to Stuttgart 21 helped them win. They have a clear mandate to shut the project down. But the previous Christian Democrat-led government has already signed billions of euros' worth of fairly strict contracts (with SPD help) to renovate the station and Stuttgart's downtown. Canceling the contracts would now be as expensive as the project itself. So the new coalition can either pay up to €4.5 billion for a new station -- or roughly same amount for nothing at all.

At stake is not just the heart of Stuttgart but also a stretch of high-speed rail to replace 160-year-old track between the city and Ulm. This corridor happens to be vital for Europe. It lies on the busy route from Paris to Munich and points east -- Vienna, Bratislava, Budapest. If the long-term dream is to build a high-speed corridor linking western and eastern Europe, renovating this stretch will be unavoidable.

The Greens now have to choose between alienating their core voters in Baden-Württemberg or posing as the Party of No for a whole region of Europe, which is an awkward way to begin their triumphant return to political relevance. Some German observers on Thursday think they secretly hope Stuttgart 21 will burst its budget limits. An upcoming "stress test" will determine whether the renovation can really be finished for as little as €4.5 billion in costs to the state (as opposed to private investment). If not, all bets may be off.

"The hope is that a referendum won't even be necessary because the project will give up the ghost. The coalition partners-to-be are speculating that the new train station will not survive the stress test -- that costs will inflate beyond stated limits and all the bitter arguments over Stuttgart 21 will simply cease."

"This coalition is off to a wobbly start. Both parties have tried to save face, the Social Democrats even more than the Greens, who have compromised a little already. Fortune favors the bold, they believe, and they've acted boldly. Now they expect a reward. But that's dangerous."

"The designated governor Winfried Kretschmann … calls the referendum an exercise in participatory democracy. But raising hope is not the same as participation. With hope you can fill novels, perhaps, but not effective politics."

"The Greens are against Stuttgart 21. But they've noticed, too late, that they will lose the planned referendum."

"Maybe they'll get lucky, and the whole hated project will be more expensive than expected. It would be the only way for the new coalition to come through this crisis halfway unscathed. Maybe the Greens and the Social Democrats both wish for this very outcome … Yesterday the two sides agreed (on a referendum). But grief over Stuttgart 21 is bound to continue -- guaranteed."

"(Kretschmann), along with his Green Party … could not resist the populist temptation to forge the largest possible political victory out of the protest movement against Stuttgart 21. Combined with Fukushima, it was the last stage of the rocket, so to speak, which has now sent the Green Party into a previously unthinkable governing orbit."

"What they nearly forgot was that the SPD, their chosen coalition partner, was in favor of Stuttgart 21 with almost equal vehemence … The Greens will have to give way on this issue, more than the Social Democrats, because they know they have no chance to win the referendum under its currently-agreed terms."

"Because he saw an unprecedented chance to ride the shirt-tails (of a popular movement) to power, the presumed governor-to-be took a moment to feed the populist monkey in Stuttgart with a morsel of sugar. It will be hard for him to wriggle out of this dilemma without irritating his voters or compromising his principles." 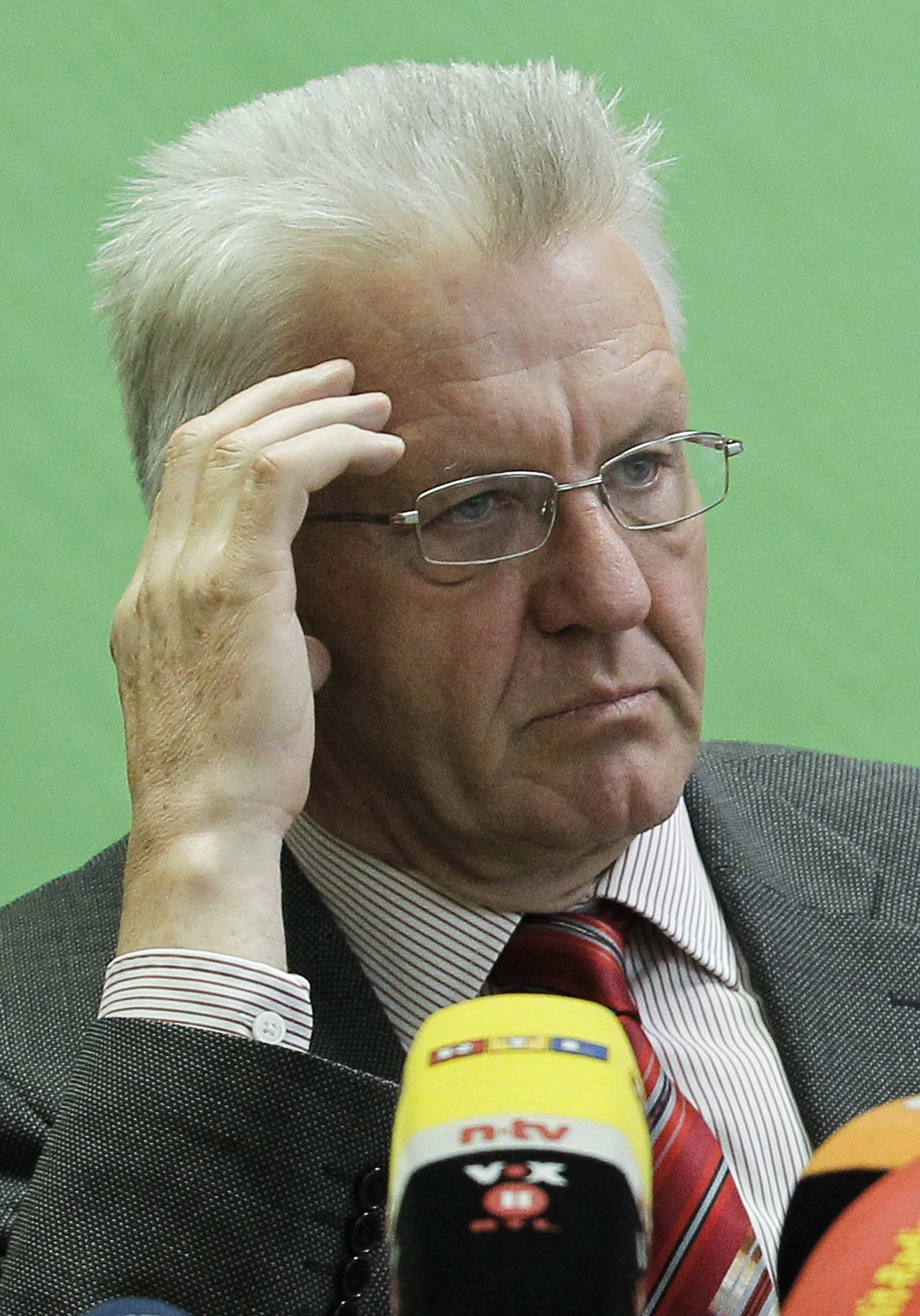 Pass the aspirin: Winfried Kretschmann, the Greens' governor-to-be of Baden-Württemberg.