The criticism directed at Horst Köhler last week was harsh. During a recent visit to Afghanistan, the German president made comments which seemed to indicate he was in favor of sending Germany's military abroad to support the country's economic interests. Politicians of all stripes were critical and the media was scathing, some commentators even going so far as to say his remarks, made during an interview with German radio, were inconsistent with the German constitution.

Köhler's response to his critics came on Monday. In a hastily-made announcement in Berlin, Köhler complained that the critique of his remarks was "devoid of any justification" and "lacked the necessary respect for my office." He then said he was resigning "with immediate effect."

It was a short speech -- and one that triggered yet another avalanche of criticism, even more biting than the first.

Criticism from the Conservatives

"The Afghanistan comments by the president were not clever, but they were hardly enough to justify a resignation. The criticism wasn't enough either," Andrea Nahles, general secretary of the Social Democrats, told SPIEGEL ONLINE.

Other opposition leaders likewise voiced surprise at Köhler's decision to step down. Gregor Gysi, floor leader of the far-left Left Party called it "a bit excessive." Green Party head, referring to Köhler's affiliation with Chancellor Angela Merkel's Christian Democrats (CDU), said that his departure was a "harbinger of the end" of Merkel's government. And Social Democrat leader Sigmar Gabriel said "this step can only be understood by looking at the degree to which those who appointed Köhler have withdrawn their support."

But there was also criticism from Germany's conservatives. The Financial Times Deutschland on Tuesday quotes an unnamed member of the CDU's leadership committee as saying "you simply don't do something like that to your country." Merkel said she regretted the resignation "very deeply" and, according to information obtained by SPIEGEL ONLINE, even warned him against the step, saying he might plunge Germany into a crisis.

Just as it did last week, however, the harshest criticism cames from the German press on Tuesday.

The Financial Times Deutschland leaves no doubt where it stands with the front-page headline "Deserter." In its lead editorial, the paper writes:

"If Horst Köhler hoped that his resignation would protect the office of president from further damage, he failed miserably."

"His decision demonstrated the same capriciousness and self-centeredness that his critics have repeatedly accused him of in the last two years. For the public, his resignation is likely incomprehensible; He was seen as an outspoken president, one who told politicians what he thought. But by leaving office without facing any notable pressure to do so, he has acted with extreme negligence."

"The most important challenge facing the government now is that of limiting the damage done by Köhler's coup by choosing an uncontroversial successor. The fact that this difficult mission falls to Angela Merkel and (Vice Chancellor) Guido Westerwelle is a bitter historical irony. It was these two who, as opposition leaders in 2004, blocked the presidential candidacies of those with more strength and experience than Köhler. His resignation exposes a central element of Merkel's personnel strategy: That of never allowing anyone near her who could ever pose even a bit of danger to her power."

"The resignation of (Horst Köhler) was imprudent. When it comes to such an important issue, the head of state has to show tact: He should have coordinated his resignation with other branches of government -- instead of giving up unilaterally like a wounded animal. He should have known that he was doing no favors to a government that has not exactly comported itself with brilliance."

"Never has anyone done such great damage to the office of German president as Horst Köhler did on Monday. Köhler's departure from this country's presidency was not a considered one -- not due to illness or serious family issues, for example. No, he threw in the towel because he feels offended. Köhler is offended because he -- a president who always wanted to play a political role -- was blasted with political criticism. Köhler, a man said to possess strong conservative values and a well-developed sense of duty, looks like a flighty political activist -- as if he were acting out of defiance. People were mean to him and now he doesn't want to play anymore. Unfortunately, we aren't talking about a game, rather about a blow to an office which is supposed to represent all Germans."

"Never before has a German president stepped down due to criticism, from back-benchers and journalists -- criticism of comments which, despite their unclarity were, at their heart, correct."

The criticism was "ludicrous. Köhler's reaction -- that of triggering a state crisis at a time full of crises -- calls into question his understanding of political responsibility. His step shows just how deeply wounded Köhler must already have felt. Did Köhler, who claimed to love Germany, really step down because of a bit of idiotic chatter? Weighing more heavily in Köhler's decision was likely the fact that few came to his defense."

"That wasn't a resignation. That was someone leaving in a huff. Just as the European Union is wobbling, the euro threatens to collapse and Germany is in a deep crisis, the German president flees his office. An employee would be considered highly irresponsible for displaying such behavior."

"Now, Horst Köhler is gone and the shards, once again, lie at the feet of the chancellor. Angela Merkel will now need great strength to prevent Köhler's resignation from turning into a state crisis." 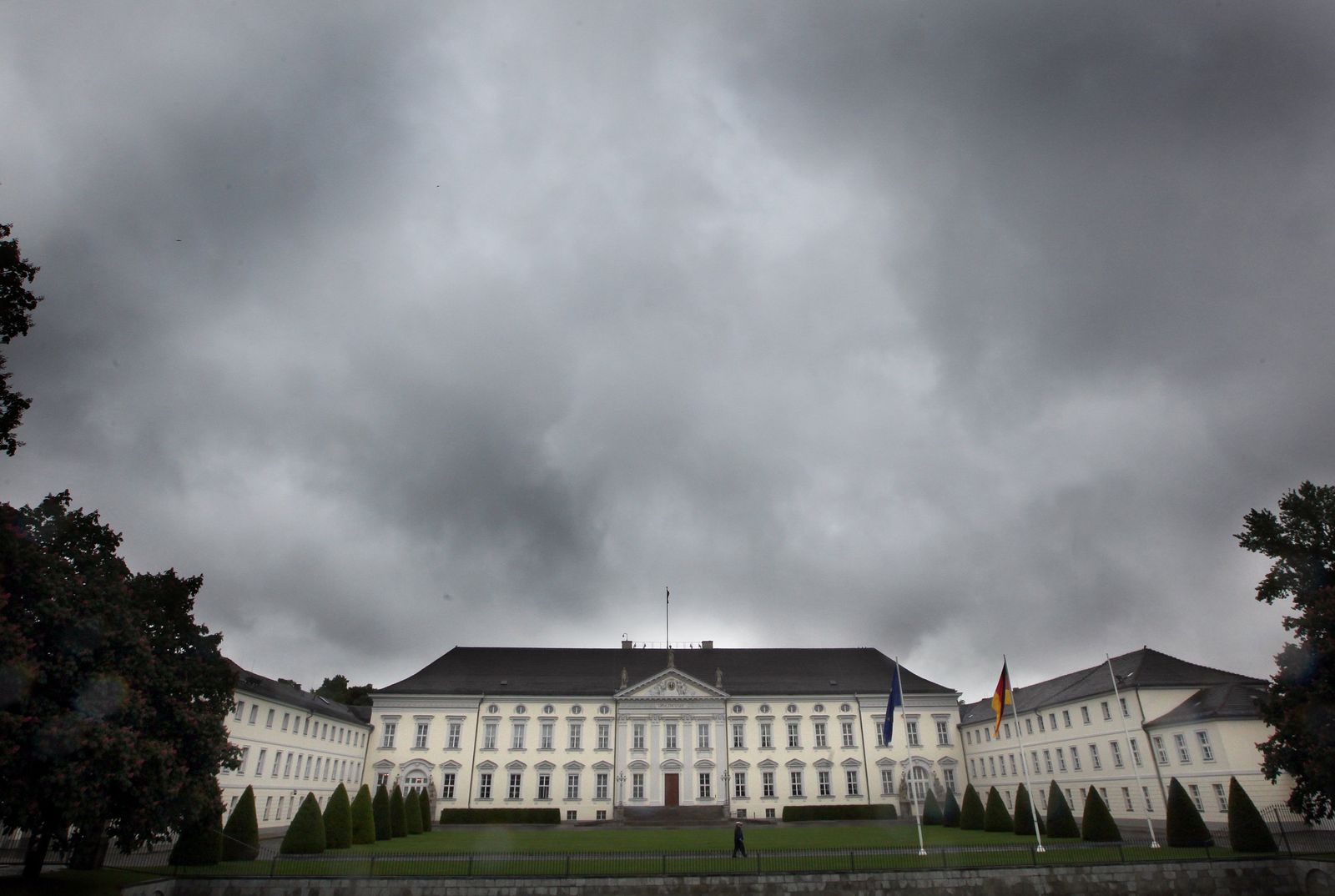