In a joint article for the Frankfurter Allgemeine Sonntagszeitung newspaper, the regional parliamentary floor leaders in the CDU-run states of Hesse, Saxony and Thuringia and the deputy head of the CDU in Brandenburg's state parliament attacked Merkel's "presidential style," which they said was harming her party.

"During the election campaign, the chancellor did not act as the leader of the conservatives, she acted as the chancellor of the grand coalition," the four wrote. Merkel led a grand coalition of CDU and center-left Social Democrats in her first term and managed to switch to a center-right coalition with her preferred partner, the pro-business Free Democrats (FDP), after the Sept. 27 general election last year.

"The chancellor's presidential style made her popular, but did not create much identification with the party," the four said. "The governing majority for the conservatives and the FDP was not the result of a convincing electoral strategy. The conservatives were basically just lucky."

Criticism of Merkel's hands-off style of government has mounted steadily in recent weeks, both inside and outside her party, because she hasn't tried to stop persistent bickering in her coalition of conservatives and FDP over tax cuts and foreign policy.

Media commentators note that the criticism has come from the second tier of the CDU and that the top echelons of the party, especially her cabinet colleagues, have not joined in. But they warn that Merkel needs to take the reins and that it's time for her to start defining the direction of government on key issues such as Afghanistan and economic policy.

"The root of all evil in this government isn't the governing style of the chancellor, the unpredictability of the CSU (editor's note: the CDU's Bavarian sister party) or the stubbornness of the FDP. The root of all evil is the coalition agreement. Merkel made the really decisive mistakes in the negotiations (over the coalition agreement) in October. She let things slide, she gave the FDP too much space and made nonsensical concessions to the CSU. Angela Merkel was strangely indolent -- apathetic and passionless. Her motto in the coalition talks seemed to be: 'Just get on with it.' That wasn't presidential -- that was simply foolhardy."

"Angela Merkel will probably respond to the criticism from within her own ranks by doing what she's best at: sitting it out. Regional politicians don't pose a threat to her. Firstly, they're too insignificant to harm her. Secondly, she tends to brush off criticism of her style of government. After all, she's only doing what she's always done and what she has been encouraged to do by party conferences and the voters. The self-declared 'chancellor of all Germans' doesn't govern, she presides. She looks on from afar as others tear themselves apart in debates.

"She can carry on her directionless maneuvering because there is no alternative to her. Her male rivals within the party, Christian Wulff and Roland Koch, have withdrawn themselves, and the SPD is licking its wounds in opposition. But Merkel's lack of action is wrong. She must say what she wants, not to make the conservative party rank-and-file feel good, but because the population has a right to expect it."

"How great is the pressure on Angela Merkel really? At present the chancellor doesn't look especially weakened -- and why should she? The rank-and-file in her own party accuse her of lacking a well-defined image -- but that, after all, is the secret of her success. The election victory in September that resulted in the alliance she had been seeking with the FDP wasn't a matter of luck, as some conservative regional politicians are now saying. It was the result of the lack of a clear political strategy. Merkel only has a strategy in the sense that she's open to everyone and everything.

"How should the CDU leader appeal to conservative core voters if she herself convincingly stresses that she's not a conservative? The pragmatic Protestant pastor's daughter and her team with its shades of green have little to do with arch-Catholic and nationalist voters -- assuming that such voters even exist and haven't long since been lost by the conservatives."

"It's been a long time since Angela Merkel was subjected to such fierce criticism from within her own party. Four regional politicians have accused her of pursuing a failed election campaign strategy, of lacking a clear identity, of scaring off core voters and giving hollow excuses for the decline in electoral support and in opinion polls.

"The criticism isn't coming from the top ranks of the party yet. Merkel's internal rivals weren't able to touch her during her first term. She had -- albeit narrowly -- got the CDU back into government and was queen of the opinion polls. But now a second election almost went wrong, and after the failure of the climate summit in Copenhagen, the chancellor's reputation as a dominatrix of international back-room deal-making is in tatters. To make matters worse, there's squabbling within her coalition and the chancellor's poll ratings are dropping. The more her status as chancellor wanes, the more dangerous things will get for Merkel. Her rivals haven't given up. They're just waiting in the wings."

"The light is on in the Chancellery. But the chancellor is far away from the fray and seems strangely removed. The party rightly expects its leader to lead. If she doesn't start doing so, others will take charge." 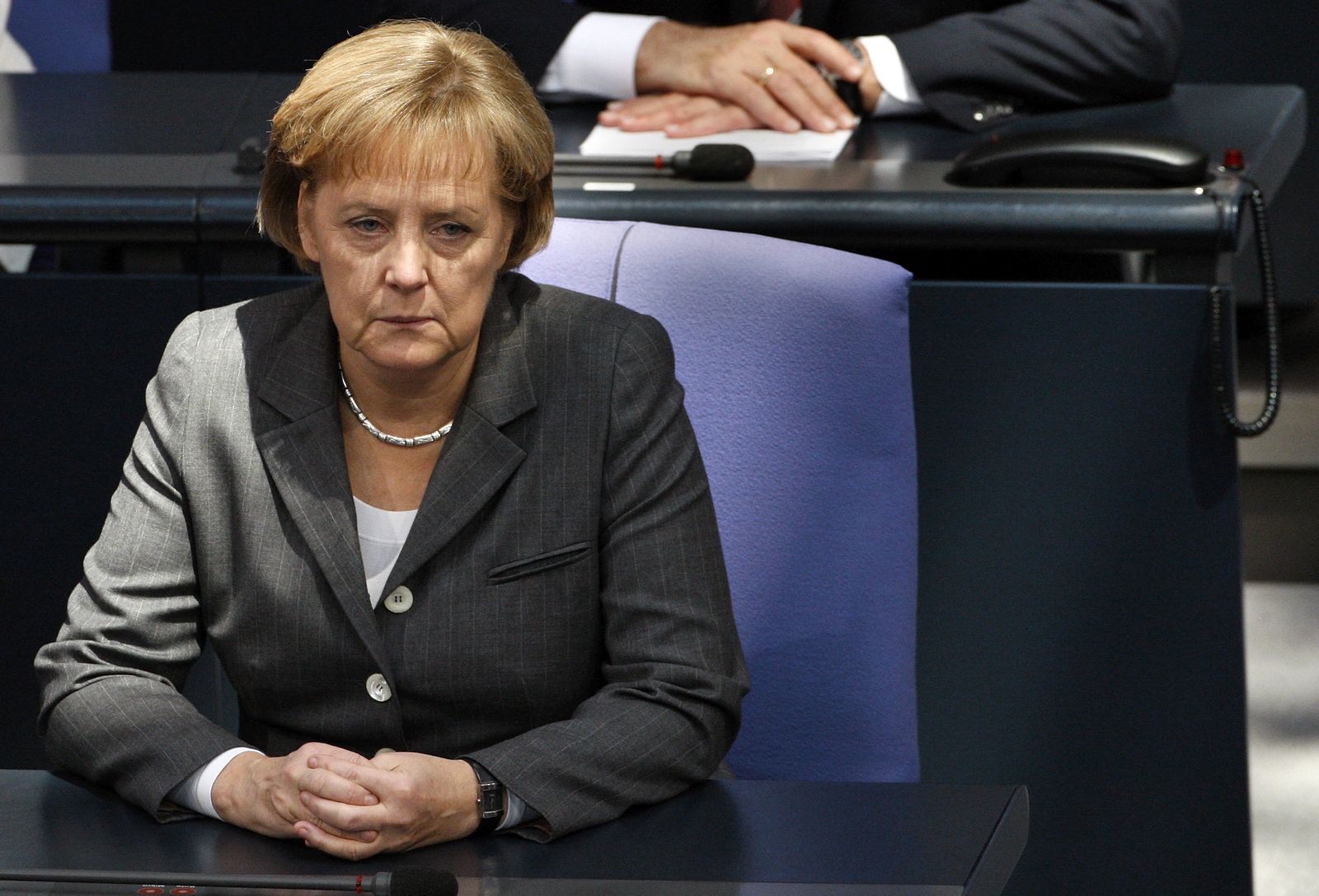