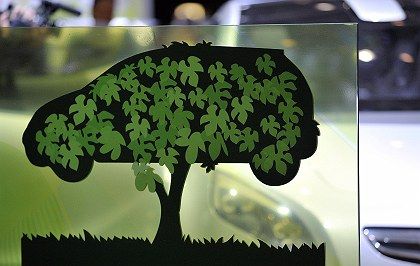 Germany's biofuels plan may be in danger.

Germany's enthusiasm for biofuels is in question this week after estimates were released that well over a million vehicles on German roads would be unable to run on gasoline containing a higher mixture of bioethanol.

Environment Minister Sigmar Gabriel had planned to introduce a requirement that gasoline sold in Germany contain 10 percent green ethanol made from plants, a mixture known as E-10. But he said in an interview with the Stuttgarter Nachrichten that, should more than 1 million vehicles be unable to run on the higher mixture, the regulation would be abandoned.

"We won't apply the guideline as long as we don't have clear numbers. And we won't apply it if the number of vehicles (that are negatively affected) climbs over 1 million," the minister said.

The German automobile club ADAC on Wednesday responded by claiming that up to three million cars would be unable to run on E-10. The group demanded that Gabriel's plans be abandoned immediately. Germany's Association of Automobile Importers on Thursday threw its hat into the ring as well, claiming that over 1 million vehicles would be affected.

"The mixture won't work on a macro level. It is a major problem," a spokesman for the association told the German news agency DPA on Thursday. With so many drivers faced with higher costs, said government spokesman Thomas Steg, "then we assume that this rule cannot go into effect."

But not everyone is so sure of the new numbers. Until now, Gabriel's ministry had assumed that the number of cars affected would be closer to 375,000. A spokesman for the Environment Ministry told the Süddeutsche Zeitung on Wednesday that the mixture might have to increase more slowly than first planned. But, he said, "many of those now complaining didn't say anything during the expert meetings (held prior to introducing the measure)."

The biofuel requirement was a cornerstone of an ambitious climate change policy package unveiled by the federal government late last year. The plan, championed by Chancellor Angela Merkel, would cut emissions 40 percent by 2020 at a cost of €3.3 billion ($5.2 billion).

At a press conference in November, Gabriel touted a "roadmap to biofuels" that would lead to German gasoline containing 20 percent ethanol by 2020. But that plan -- and a similar biofuels requirement being considered by the European Union -- has come under fire from environmentalists and lawmakers who question the ecological benefits of biofuels. The increased demand on agricultural lands and debatable impact on carbon dioxide emissions negate the fuels' value, they say.

German dailies on Thursday take a look at the impending debacle.

"What the federal government and special interest groups once thought was a win-win strategy, hasn't done so well in the court of public opinion recently. After the sweeping euphoria accompanying climate protection last year, this and other recent projects show that the devil is in the details. Voters get angry when they are asked to bear the brunt of additional costs."

"A year and a half before the next federal election, promoting climate protection at any cost has become too great of a political risk."

"The biggest reason for the disenchantment with biofuels has to do with the state of German politics. The enormously high number of vehicles that would not be able to run on the proposed biofuels exposes the technical challenges of implementing this policy. The baffling variety of predictions as to the number of vehicles whose motors can't handle the biofuel mixture is evidence of a major lack of political ability."

"Now is the time to rethink an absolute commitment to biofuels. Research might yet show that climate protection can be achieved more cheaply and more effectively by using biomass in other ways: by developing engines powered by methane, and power plants that burn agricultural waste of all kinds."

"The idea was a good one, but its implementation was a disaster.  Some of the blame lies with automakers, who ignored the technical challenges (of biofuels) for too long. But politicians are also at fault. For too long they structured their biofuel policies on advice from the auto industry and ignored the problems facing ethanol producers abroad."

"But there's a good side to this. The suggested legislation would have required more palm-oil and sugar cane -- crops that need to be imported from the Amazon and Indonesia, where they are grown at the expense of shrinking rain forests."