One wonders what a compromise might look like. On one side are those in favor of Stuttgart 21, the ambitious, €4 billion project to move the southern German city's main train station underground and create a new city quarter above it. On the other are those who are opposed to the project. Building just half of the project, it would seem, is not an option.

The 80-year-old Geissler is a former general secretary of Chancellor Angela Merkel's Christian Democrats (CDU) and widely respected for his past roles as referee in numerous labor disputes. Mappus hopes that Geissler will be able to calm the tempers which have flared over the train station project. Mappus -- and Merkel -- also hope that Geissler will be able to remove the issue from German newspaper headlines. So far, the issue has done no favors for the CDU in Stuttgart, and the risk is large that the party, which has been part of the state government for 57 years, could find itself on the outside looking in come elections next spring. That, in turn, would further erode Merkel's power base on the national level.

Stuttgart 21 has been in planning for years and envisions transforming the city center by eliminating the current terminus station and replacing it with an underground through station. Critics have focused on the exorbitant price tag and say the costs far outweigh the marginal benefits the project will have for Germany's rail transport system. In addition, many have mourned the loss of the historically protected main station and the hundreds of trees which are being felled to make way for the project.

Given the acrimony of the debate, many wonder whether mediation at this late date will provide much benefit. Germany commentators take a look on Thursday.

"Geissler will likely be able to remove the hysteria from the debate. After all, the CDU politician has repeatedly been able to find solutions to even the most difficult of labor conflicts. But the conflict over Stuttgart 21 cannot be solved like a classic labor battle, where the key issue is often a pay raise percentage. In Stuttgart, there are only two options: either build or don't build."

"Baden-Württemberg Governor Stefan Mappus, who nominated Geissler on Wednesday, certainly knows as much. The mediator is only useful to him insofar as he can delay the conflict rather than solve it. Mappus does not want the train station question to be decisive in state elections next March. Should the CDU win those elections, it is unlikely that the party will stop construction. Should they lose, it is no longer their problem."

"But the Greens are likewise uninterested in a quick solution. After all, they are profiting immensely from the anger being directed at the train station project. But their attitude is likely to change quickly should they win the election (eds. note: current surveys show the Greens could emerge on top), when they will then have to complete the controversial project. They will then be happy that someone like Geissler was there to smooth ruffled feathers."

"Mappus has handed Geissler a hopeless task.... But Mappus' CDU in Baden-Württemberg is in such a poor position that he doesn't have anything to lose. Indeed, he will have won even if Geissler makes little headway or none at all. The mere fact that Mappus has appointed him is enough to counter the accusation that the government wants to move ahead at all costs."

"But the future of the CDU in Baden-Württemberg is also at stake. The question is whether the party can recover and whether it can remain in the state government. Were Mappus to land in the opposition following state elections next March, that would also mean the political end of Angela Merkel in faraway Berlin."

"Any form of dialog improves the chances that the CDU and Mappus might indeed come back to win the state elections next year. That, at least, is the hope of the CDU, whose power in southwestern Germany has seldom been as threatened as it is this year."

"Everything now depends on the Greens. Stuttgart 21 was their primary campaign issue ahead of last year's municipal elections, thus they carry a certain amount of responsibility for what is now taking place. Furthermore, the Greens must also have an interest in convincing moderate voices to take ongoing negotiations seriously. The Greens cannot promise their followers that they will back out of the Stuttgart 21 project, particularly now that they have hopes of installing their first-ever state governor next year."

"Heiner Geissler has been chosen to do the impossible: to smooth the way where no compromise is attainable. Stuttgart 21 will either be built, or it won't: It's not possible to put only half of the station underground."

"Of course it makes sense to appoint someone to calm the atmosphere -- indeed, that explains why nobody is opposed to Geissler's appointment. That is exactly the calculation of Baden-Württemberg Governor Stefan Mappus. Geissler has been invited to hold hands and comfort people while the state government continues as it has, enriched by the diplomatic aura provided by Geissler. Construction, after all, is going to go ahead no matter what -- Mappus has made that clear." 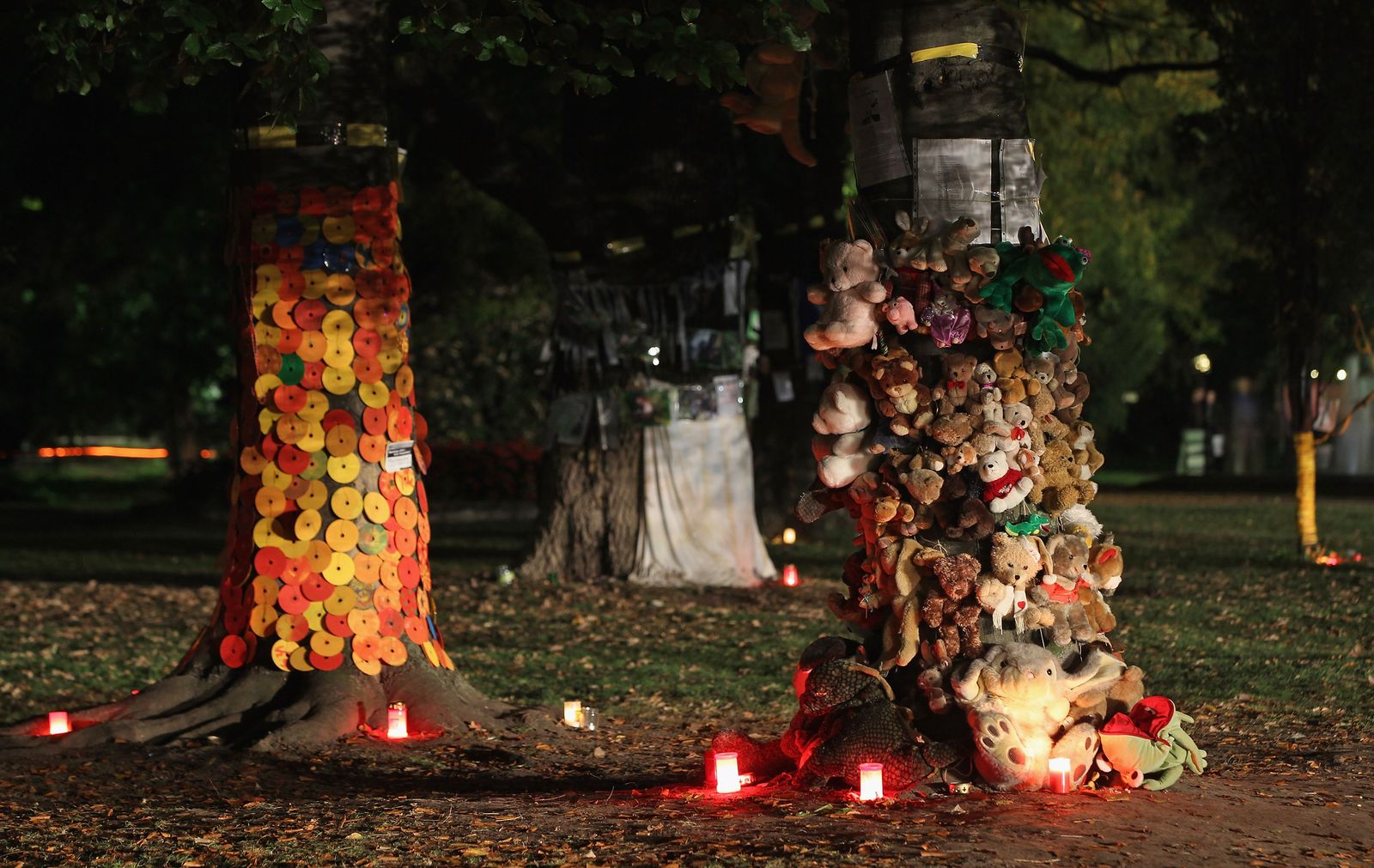 Some of the trees slated for removal have been decorated by opponents of the Stuttgart 21 project.