The far-left Left Party has long strived to rid itself of its pariah status in German politics. Slowly but surely the amalgamation of former East German communists, disaffected former Social Democrats and western German Marxists has turned itself into an important fixture on the political landscape.

In the last national election it garnered 12 percent of the vote, it is the most popular party in eastern Germany, and is in coalitions with the Social Democrats in the regional governments of Berlin and Brandenburg. But at a national level, potential allies still regard it as not fit to govern.

On Wednesday the party suffered a blow to its attempt to forge a more moderate image when a top court ruled that Germany's domestic intelligence agency had the right to monitor a prominent member. The Federal Administrative Court ruled that the Federal Office for the Protection of the Constitution (BfV) could continue to observe Bodo Ramelow, leader of the Left Party in the eastern state of Thuringia. The agency is charged with observing the activities of those deemed a threat to the constitution, including neo-Nazis and Islamists.

The Left Party is furious to have been tarred with the same brush. While the court noted that it did not believe that Ramelow himself wanted to overthrow the state, it argued that there were extreme-left groupings within the party, such as the Communist Platform or the Marxist Forum, which had anti-constitutional tendencies. The court was also concerned that the party tolerates extreme-left violence. The BfV observation does not include spying but rather allows the agency to monitor Ramelow's public statements and writings. The court also ruled that other members of the party could be similarly observed. (The Left Party is also kept under observation at the state level, but only in some states, mostly in western Germany.)

'Throwback to the Cold War'

Upon hearing the judgement Ramelow said he was "deeply disappointed," adding that this was a "victory for the snooping state." On Thursday he confirmed that he would be appealing the ruling at the Constitutional Court. Speaking to RBB radio he said that the court's decision was "scandalous" and a "throwback to the Cold War."

On Wednesday Ole Schröder, state secretary in the Interior Ministry and a member of the ruling conservative Christian Democrats (CDU), greeted the ruling saying it was a "good day for our well-fortified democracy." The decision was also welcomed by Wolfgang Bosbach, the CDU domestic policy expert. He told the MDR radio station on Thursday that he had never heard the Left Party arguing that the far-right NPD should no longer be observed, "just because the NPD has also been elected to state parliaments in democratic elections."

The view from the left of the political spectrum was somewhat different. Matthias Machning, Thuringia's economy minister and a member of the SPD, called the ruling "absurd," saying that Ramelow was a politician of integrity and a democrat. "Obviously the BfV doesn't have enough to do and is now tilting at windmills."

And Cem Özdemir, co-leader of the Green Party, also leapt to Ramelow's defense. "I find equating the Left Party with the NPD or other extremist parties to be mistaken," he told the Berliner Zeitung. He said that the Left Party was not conspiratorial and even the communists within the party were open about their opinions.

On Thursday the German press take a look at the ruling and most commentators argue that while there may certainly be extreme views within the Left Party, it does not pose a threat to democracy.

"The NPD is an anti-constitutional party through and through. The Left Party is not. It may well criticize capitalism. But capitalism is not one of the things that the constitution is designed to protect."

"There are indeed strange small groups of Trotskyites, Maoists and other crackpots in the Left Party, but they have hardly any influence.  The BfV should be clever enough not to lump together all of the party. It should concentrate on individuals instead of generalizing. The BfV knows that the Left Party of 2010 is a completely different party to the SED/PDS of 1990."

"One can get annoyed at (Left Party leaders), one can think their policies are half-baked or absurd. But political irritation should not be an excuse to set the people from the BfV on them. Those who denounce the Left Party as anti-democrats in this way should question their own understanding of democracy."

"There are a lot of things one can hold against the Left Party: the self-righteous stance of their top people, their nostalgia for East Germany, their blind faith in the state. But that does not justify by a long shot the decision by the Federal Administrative Court to allow top politicians in the Left Party to be observed by the BfV."

"One can say a lot about Ramelow, (Gregor) Gysi or (Oskar) Lafontaine, but not that they are anti-democrats. They use legitimate methods in election campaigns, on talk shows and in parliaments to promote their controversial views -- and they should only be fought in these arenas too."

"According to the ruling, the Left Party politicians are to be listed alongside neo-Nazis and Islamists in the BfV report. This stigmatization threatens the freedom of the Left Party representatives and their party to take part in the political process unhindered."

"The decision to allow the observation of Thuringia's Left Party boss Bodo Ramelow is not just wrong, it's abysmal. There is not one statement by Ramelow from the past that would justify his observation by the BfV. He is regarded, not just within his own party, as a politician with integrity who works very successfully toward changing the balance of power, and certainly not toward overthrowing those in power. And the same can be said for his party."

"There may well be more nutcases in this party than others, including revolutionary dreamers and Stone Age Marxists, but on the whole, no one cannot deny that the Left Party has, for a long time, accepted parliamentarianism, party democracy and the constitutional state. To ignore that is a remarkable failure on the part of the court. It has obviously not understood that there has always been a place within the German constitution for criticism of capitalism."

"In most states, the party is no longer observed and it is only a matter of time before Germany's remaining states succumb to the charms (of the party). The contradiction whereby the party is seen as extreme in one state but not in the next state will ultimately be resolved by the naive belief that the party has become democratic. Bodo Ramelow's protestations of innocence are emblematic." 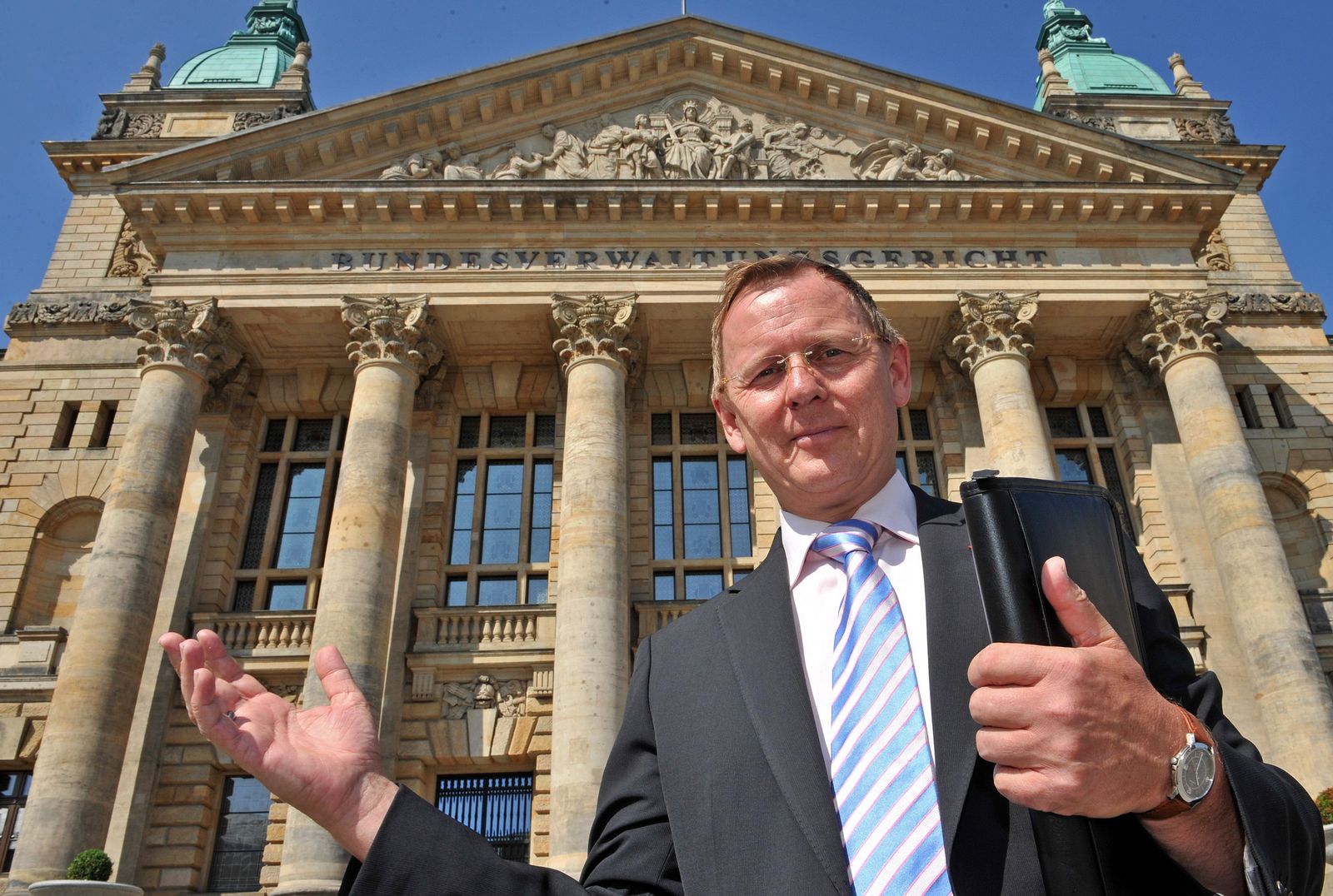