Just when Angela Merkel thought it was safe to go back into the water, the German chancellor once again finds sharks circling her junior coalition partner, the Free Democrats (FDP). Just seven months after a youthful reshuffle of the FDP's leadership, the party's 32-year-old general secretary Christian Lindner resigned suddenly on Wednesday, much to the consternation of his colleagues in both the FDP and the ruling coalition.

Lindner -- who was once dubbed "Bambi" by an FDP colleague -- announced his decision to quit in a statement. "The moment comes when one has to step aside to make a new dynamic possible," he said. "The events of the last days and weeks have strengthened my conviction" that a change is needed.

He had taken on the responsibility of organizing a referendum forced upon the party leadership by a group of euroskeptic FDP members who were angry at their party's support for Merkel's euro rescue plans. The results of the referendum are set to be announced on Friday. But even if it fails, it has clearly shown both the split within the party and growing frustration with the FDP's leadership.

Linder's departure is the latest setback for the pro-business FDP, whose support has fallen to just 3 percent in opinion polls from the record 14.6 percent it gained in the 2009 general election, after which it formed a ruling coalition with Merkel's Christian Democrats (CDU) and its Bavarian sister party, the Christian Social Union (CSU). His sudden resignation has caused outrage in the FDP, with some leading members even accusing him of "desertion" in a difficult situation, according to the Süddeutsche Zeitung, while one senior party official said: "He lost his nerve."

And there was more: "The level of laughingstock we have become takes my breath away," said FDP deputy chairman Holger Zastrow, who slammed Lindner's resignation as "unprofessional and irresponsible." He added: "Perhaps there are too many among us in the party on a personal ego trip."

Attention now turns to beleaguered party leader Philipp Rösler, also Germany's economics minister and vice chancellor. He has been under increasing pressure even since becoming FDP chairman in May. Gerhard Papke, the parliamentary leader of the FDP in North Rhine-Westphalia, called on Rösler to show more clout in the federal government. "We need to more clearly delineate ourselves from the conservatives. And that is primarily the responsibility of the party leader and vice chancellor," Papke told the Financial Times Deutschland.

Ulrich Goll, former justice minister in Baden-Württemberg and deputy chief of the Southwest FDP, told the Stuttgarter Zeitung: "It is the last chance for Philipp Rösler."

Lindner's likely replacement as general secretary, meanwhile, was adamant that the FDP needs stability and solidarity. Patrick Döring told TV station ARD: "It is important that, no matter what happens, the FDP once again be seen as speaking with one voice and decisively enters the debate with our political opponents."

The FDP leadership had hoped that quickly naming Lindner's successor would rapidly put an end to the party's leadership crisis. But on Thursday, SPIEGEL ONLINE learned that Döring is under investigation for a hit and run incident. Döring claims that the incident involved him clipping the rearview mirror of a car. He says he already paid the €200 damage that resulted.

German commentators Thursday were full of doom and gloom about the future of Philipp Rösler and the FDP:

"Lindner wanted to free the party from its liberal economic prison. The rescue operation has ended in chaos: After a year of listless, uninspired legislating, the design of a new party resembles the current state of the party: a pile of rubble."

"The FDP is getting ever fewer votes, because nothing is right in the party. Its tax and fiscal policies are the already discredited FDP policies of yesteryear. And its democratic policy is a farce. The FDP promotes direct democracy by being in favor of referenda at a national level. But when it came to practicing this direct democracy in their own party, it turned into a disaster: First, party leadership sought to impede the ballot on the euro rescue package. When that didn't work, they tried to manipulate the outcome of the vote with procedural tricks."

"Everything has its time. The time of this FDP is over. The conservatives are governing with a coalition partner after whose name the letters 'i.l.' can be written: FDP in liquidation. Its last asset was the youth of its leadership; it has also gambled this asset away. How quickly the process is completed also depends on the outcome of the FDP members' decision on the euro rescue package. It could be that Merkel's governing coalition will be liquidated prematurely as well."

"(Lindner) goes without being asked, thus leaving his future within the party wide open. But the move damages others even more, and not just his boss Philipp Rösler and the Free Democrats. The entire government will suffer, and thus the country they are supposed to govern."

"Now Rösler stands alone to prove the FDP is fit to govern.... But that means that in the coming months the FDP will continue to do what it has been doing so far -- tearing itself to bits. In the best case, this could mean that Chancellor Angela Merkel won't have to worry about pleasing her coalition partners and can govern without compromise."

"But it's more likely that pressure on Rösler will grow, forcing the FDP leadership to worry itself like a wounded animal to delay its political passing. … These are not good prospects for a government that is supposed to protect Europe's largest economy from a recession and battle the euro crisis."

"If, after more than two years in government, the FDP leadership again falls into the hands of the old guard who have only just been swept aside, then Chancellor Angela Merkel could yet gain a tightly controlled coalition partner at her side with which she can get through the second half of the current term. But in that case, the days of Philipp Rösler as party head would be numbered."

"One doesn't know whether that would be a good thing. For the voters, the FDP has now been reduced to a laughingstock. But in terms of domestic and foreign policy, they are in a position to direct the fortunes of this country in turbulent times."

"The recent damage done to the FDP is immense. Because how can party leader Rösler win new confidence in the coalition and among voters when even his own top people are (voluntarily) abandoning ship?"

"For the FDP, this is a defining moment. The next few weeks are critical: Should Rösler mess up badly again, his days as party leader will probably be numbered."

"There is something to be said for the idea that Linder's resignation is not the sacrifice of a pawn, as the SPD politicians believe, but the sacrifice of a queen -- an effort to avoid a discussion about the failed change in leadership and the questionable party leadership. In chess, sacrificing the queen is sometimes a desperate attempt to prevent checkmate. Whether Lindner's resignation can save the king -- i.e. Rösler -- from such a fate can reasonably be doubted. Rather, his departure will act as an admission that the change in the leadership in May, which was limited to the replacement of Guido Westerwelle as leader, has failed. In any case, he has thoroughly failed in the goals of gaining the party new confidence in the short term and, in the medium term, generating an upswing in opinion polls and elections."

"There are no guarantees that things will get better quickly for the FDP after a renewed reshuffle. But if they merely act as swiftly as possible to plug the personnel hole which Linder's resignation tore open, things can only get worse -- and then the party's very existence will come under threat."

"Vice Chancellor Philipp Rösler will be crushed between his roles as economy minister and FDP leader. He clearly lacks the strength for both. The economy is already unhappy with the minister and polls show people want to see a return to the coalition which paired the conservatives with the center-left Social Democrats. Meanwhile the FDP itself sinks ever further into political insignificance."

"Even … if it turns out to be much ado about nothing, Rösler is a political eunuch without the potential to mobilize his own party, and without any powers of assertion within the center-right governing coalition."

"There is much that points to an intensification of the crisis.... That prospect alone makes leading members of the coalition nervous, because irrational reactions from the tormented and probably soon-to-be leaderless FDP can no longer be ruled out. Every further concession by the chancellor in the euro rescue will be a nail in the coffin for her coalition." 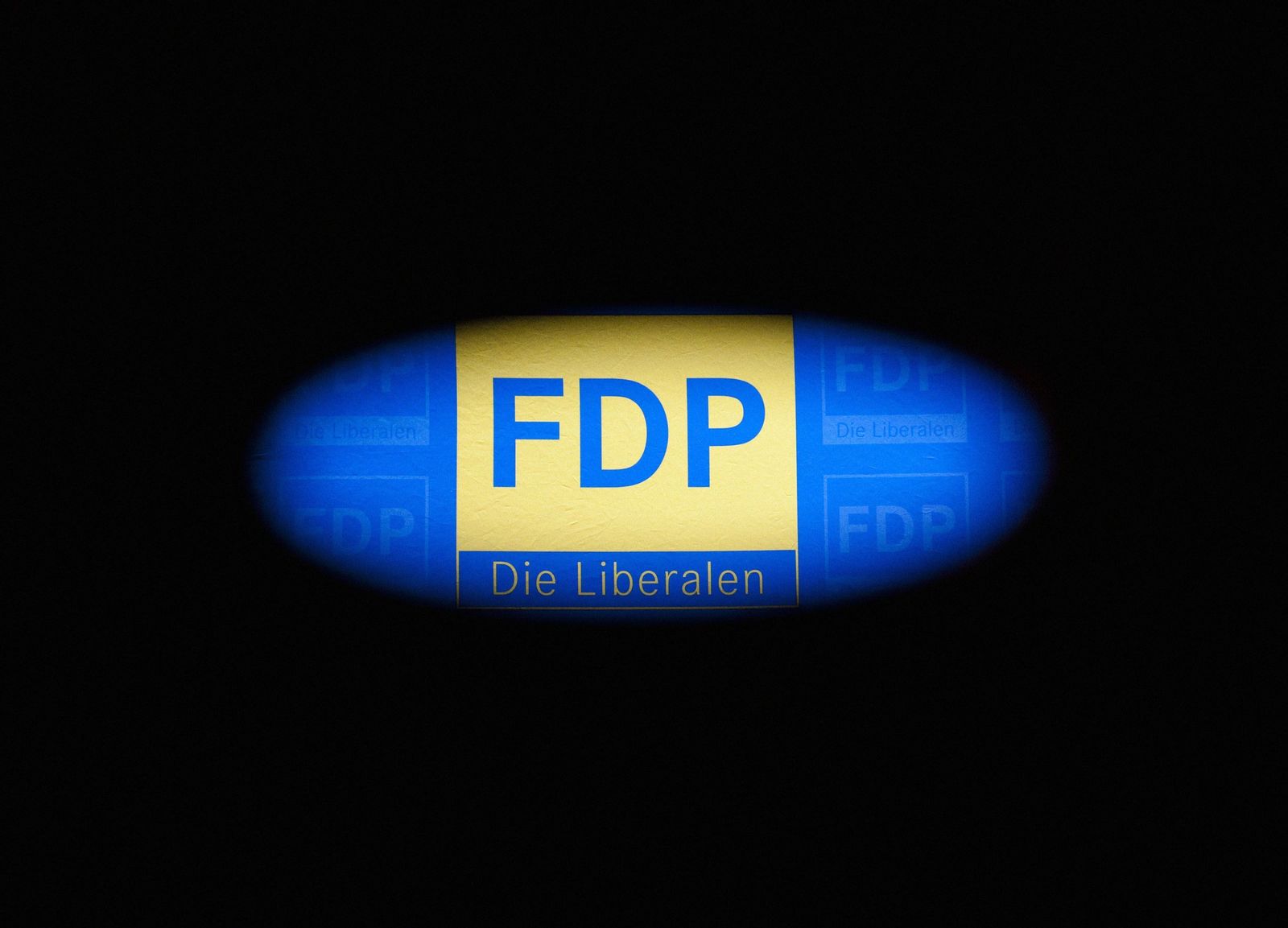