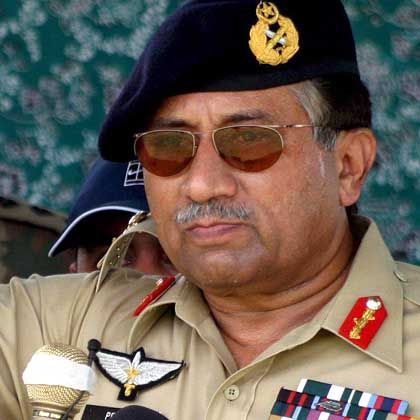 Reports that Pakistan's President Pervez Musharraf will declare a state of emergency amid growing civil unrest in his country have created waves from Karachi to Washington D.C.

The Pakistani leader has been under fire both at home and abroad since early March, when his decision to remove Chief Justice Iftikhar Mohammed Chaudhry for alleged misconduct from his post sparked violent protests throughout the country. Though Chaudhry was later reinstated, the protests soon morphed into support for a pro-democracy political opposition that had until then lain dormant. They hope to unseat Musharraf during planned elections in the fall.

Coupled with the rage of Islamic radicals following his army's bloody siege on the Red Mosque in Islamabad in mid-July, and flagging support from allies like the US, Musharraf finds himself facing his biggest challenge since he took power in a bloodless coup in 1999. He has been toying with the idea of declaring a state of emergency to quell the rising unrest.

German editorialists Friday questioned both his possible decision to declare a state of emergency and his decision to skip out on the Loya Jirga, the gathering of Pashtun groups discussing the future of Afghanistan and Pakistan, in Kabul.

"Musharraf (in missing the meeting) is avoiding a decision, knowing very well that decisive military action in the tribal regions near the Afghanistan border would lead to civil war in Pakistan that would threaten his power. And too lax an approach would encourage the US to follow up on plans being discussed that would call for air raids in Pakistan's mountain regions without consulting the strong man in Islamabad."

"Musharraf made a mistake in not travelling to Kabul. It makes sense to convince the tribes to take part in a common strategy against militant fanatics. Avoiding the discussion helps no one."

"The question is much more whether Musharraf has the strength to lead a country in a state of emergency. Of course, he is still the commander of a strong army of 500,000 men, and, with the state of emergency, he might be able to avoid the bothersome election. But pressure would build on him from three sides: From a population that feels betrayed; from the Pakistani high court that, after his removal of their chief justice, still holds a grudge against the president; and, finally, from Washington, which doesn't want an ally that so brazenly tramples on democracy."

"Musharraf needs these allies for his most important job: the fight against Islamic radicals. In other words, he can hardly afford to call for a state of emergency, even if the need is great -- for Pakistan, as well as for its president."

"Musharraf is no longer able to keep in the air the balls which he had previously been juggling so successfully. The US is starting to see Musharraf less and less as a useful ally. The Islamists have called for jihad against the regime after the raid on the Red Mosque in Islamabad. And the opposition is finally starting to see the possibility of a return to democracy."

"Musharraf should realize that stepping down is the only way to solve Pakistan's crisis. Either way -- his days are numbered."