On Tuesday a new study was released by the German Interior Ministry that polled nearly 2,000 Muslims living in Germany -- and immediately stirred strong reactions.

According to the study, approximately 40 percent of Muslims surveyed had a "fundamentalist orientation," which was equated with a strongly religious worldview and moral values. The report also concluded that the vast majority of Muslims in Germany, 92 percent, reject religiously motivated terrorism and violence. 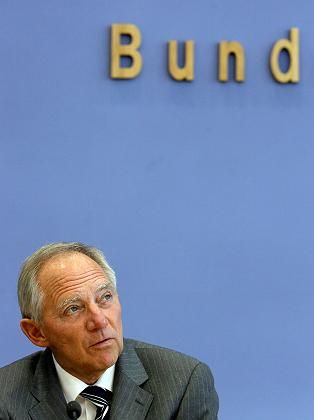 Head of the Interior Ministry, Wolfgang Schäuble. His ministry released a report on Tuesday which concluded that most Muslims in Germany are against violence in the name of religion. Six percent, however, were classified as having "violent tendencies."

Other numbers were less appealing: Around 6 percent of those surveyed were classified as having "violent tendencies," and 14 percent of respondents had "anti-democratic" tendencies, the report says.

Dissent from the report's findings was sounded quickly. Warning of a misinterpretation of the study's conclusions, Jürgen Mansel, a sociologist at the University of Bielefeld, told the Berliner Zeitung on Friday that "there is no evidence that there is more of a violent tendency among Muslims or immigrants than there is among other groups in Germany." Meanwhile, the head of the evangelical church in Germany, Wolfgang Huber, noted in an interview with the Associated Press how dialogue between Muslims and Christians has taken on a new quality in recent years.

The authors of the report interviewed 1,750 Muslims living in Germany for the study. Of that number, around 40 percent had German citizenship.

The German newspapers on Friday reacted to the study with measured skepticism and a lack of suprise over the findings.

"Actually, the study's findings should have a calming effect. They're definitely not surprising. Some Muslim-haters may now feel justified. More generally, though, the study offers very little substance. Just the opposite, in fact: When compared with ethnic Germans and non-Muslim immigrants from the same educational and socio-economic backgrounds, one finds comparable attitudes. And an overwhelming majority of Muslims disapprove of terror in the name of Islam."

"Other findings are truly alarming: A solid majority of Muslim respondents said that they had felt discriminated against because of their ethnicity. Given this, falling back on one's religion seems a logical consequence. Like German youth who flee toward the far-right, many immigrant youth are searching for their own healing in radical Islam. It's too much for society to just go back to business as usual."

"When a Muslim gives his up his life in an armed struggle for his beliefs, he goes to paradise -- 40 percent of Muslims in the Interior Ministry's report apparently believe this nonsense. This is shocking. So is the 14 percent of Muslims who object to democracy ... In the eyes of Interior Minister Wolfgang Schäuble, Germany therefore has an Islamism (plus a terrorism) problem."

"But 'prepared for violence' is as mushy as it is questionable. So is whether or not 'Islam' plays a more dominant role here than social problems or the effects of discrimination remain unanswered questions. And if you poll Germans about anti-democratic, xenophobic, or anti-Semitic attitudes, as the sociologist Wilhelm Hartmeyer does, one sees minimal differences. That's not good news, but it does quell some of the commotion."

"'We Know Very Little.' This is how one should summarize the results of an Interior Ministry poll of Muslims in Germany. Another title could have been: 'Who Would Have Thought?' Forty percent of German Muslims have a clear religious worldview and moral values; they are therefore supposedly 'fundamentalist-oriented.' Six percent are said to have 'violent tendencies.' That there exists a 'clear connection' between 'poor social integration and fundamentalist religious orientation' is anything but surprising -- and it's worth noting that not many Muslim terrorists originate in poverty."