"This is nothing more and nothing less than a revolution in energy supply," said Chancellor Angela Merkel. It was September 2010, and she was referring to her government's newly minted energy strategy. That plan included extending the operating lives of Germany's 17 nuclear plants, which had been scheduled to go offline by 2021. All of this had been intended to help Germany meet its ambitious goals for reducing climate-killing CO2 emissions.

But on Monday, less than nine months later, the German government announced a new energy plan that could also be fairly described as a revolution -- even if it represents a 180-degree reversal of the administration's previous policy.

In marathon talks that went into the early hours of Monday, the government hammered out the details of its plans to phase out nuclear power. The new strategy foresees all Germany's reactors going offline by 2021 if possible and 2022 at the latest. Eight plants which are currently temporarily offline will be shut down immediately. The phaseout will be accompanied by a massive increase in the use of renewable energy, and the government intends to pass a law making it easier to construct the new energy infrastructure that will be needed.

Merkel's U-turn on nuclear power happened in the wake of the Fukushima disaster, with the chancellor quickly realizing the impact the accident would have on attitudes to nuclear power in Germany. A majority of Germans oppose atomic energy.

The government's new plan is broadly based on recommendations by an ethics commission that Merkel set up after Fukushima to study the future of nuclear energy in Germany. Critics claimed that the chancellor only set up the panel to lend legitimacy to her sudden about-turn on nuclear power, which was widely seen as an electioneering tactic ahead of a key state election.

The commission delivered its findings to the government on Sunday afternoon, recommending that Germany phase out nuclear power by 2021. The panel's final report was officially presented on Monday morning. The head of the commission, former United Nations Environment Program executive director and ex-German environment minister Klaus Töpfer, said that the transition to renewable energy presented a "great opportunity" for Germany to develop a sustainable economy. Speaking at the presentation of the report, Merkel said the government would use the commission's recommendations as a "guideline."

There is likely to be stiff opposition to the new nuclear roadmap. German manufacturers and energy companies have already criticized plans to phase out nuclear power, warning that Germany could face blackouts, and utilities have threatened to take legal action against a withdrawal. A spokesman for the energy giant RWE said that "all legal options" were on the table.

On Monday, Germany's main newspapers take a look at the ethics commission's proposals and the coming energy revolution.

"The nuclear phaseout marks a creeping rejection of the economic model which has transformed Germany into one of the richest countries in the world in recent decades. ... What will the new energy age cost us Germans in terms of money and jobs? And are we completely indifferent to the risk of a major power outage? Just recently, the Federal Office of Civil Protection and Disaster Assistance warned that Germany is totally unprepared for a large-scale blackout."

"It is certainly true that our economic system can survive without nuclear power in the long term. But it is careless to carry out a phaseout under extreme time pressure, rushing it through with scant regard for how fast the economy can adapt. Energy is the lifeblood of industry, which in turn is the basis of our economy and our prosperity. A stable energy supply is taken for granted in Germany and is an enormously important locational advantage when attracting foreign investment. The mere impression that this supply is no longer 100 percent guaranteed would be enough to scare off investors."

"A look back at the oil crisis in the 1970s is enough to show how sensitive the energy issue is. This time, however, it would not be the whole world that has a problem, but only us Germans. The government should be careful not to risk creating a homemade energy crisis on the basis of politically expedient decisions."

"The ethics commission had been given the task of 'reevaluating' the risks of nuclear energy. But by 'reevaluate,' what was meant was that the slightest possibility of a nuclear accident similar to the one in Fukushima -- no matter how unlikely -- was now to be classified as unacceptable. What is being ignored in the process is the fact that each form of energy is associated with incalculable risks."

"It took humanity a hundred years to realize the dangers that burning fossil fuels pose to the environment and to people's health. The harmful effects of an overhasty energy revolution will be mainly felt in economic and social terms -- and it is future generations that will be affected."

"The ethics commission has looked far beyond the nuclear phaseout itself. The group has focused less on shutting down reactors and more on the process that such a phaseout would trigger. After all, simply taking the nuclear plants offline is not enough by itself."

"In many areas, the experts have called for exactly those changes which an energy transition would require: renovating buildings (to make them more energy-efficient), the intelligent use of energy and the construction of new power lines. This transition, not the nuclear phaseout, is the real challenge for politics and society. The ethics commission has highlighted the opportunities that the transition holds for Germany as an industrial power, but it also shows the risks. If the switch goes wrong, the nuclear phaseout will turn out to be very, very expensive."

In an editorial titled "A Moment Like the Fall of the Berlin Wall," the left-leaning Die Tageszeitung writes:

"Usually one does not recognize historic moments if one is too close to them. It's a label that should be used sparingly in any case. But this is one: An industrialized country now has a roadmap for switching to a sustainable energy supply, moving beyond dangerous and expensive nuclear power and dirty coal. That has never happened before. It is a step in the right direction -- and the world is watching."

"The interesting question is whether this government will take the ethic commission's recommendations to heart. From a political and economic perspective, the report gives it all the ammunition it needs to act. In terms of domestic politics, Angela Merkel cannot retreat now, given her sudden violent aversion to nuclear power. And the new direction also makes sense in terms of party politics: Only a business-oriented conservative government can pull off such a revolution, because the loudest opponents are within its own ranks. ... Only Merkel's center-right administration can phase out nuclear power without Germany descending into a crippling conflict." 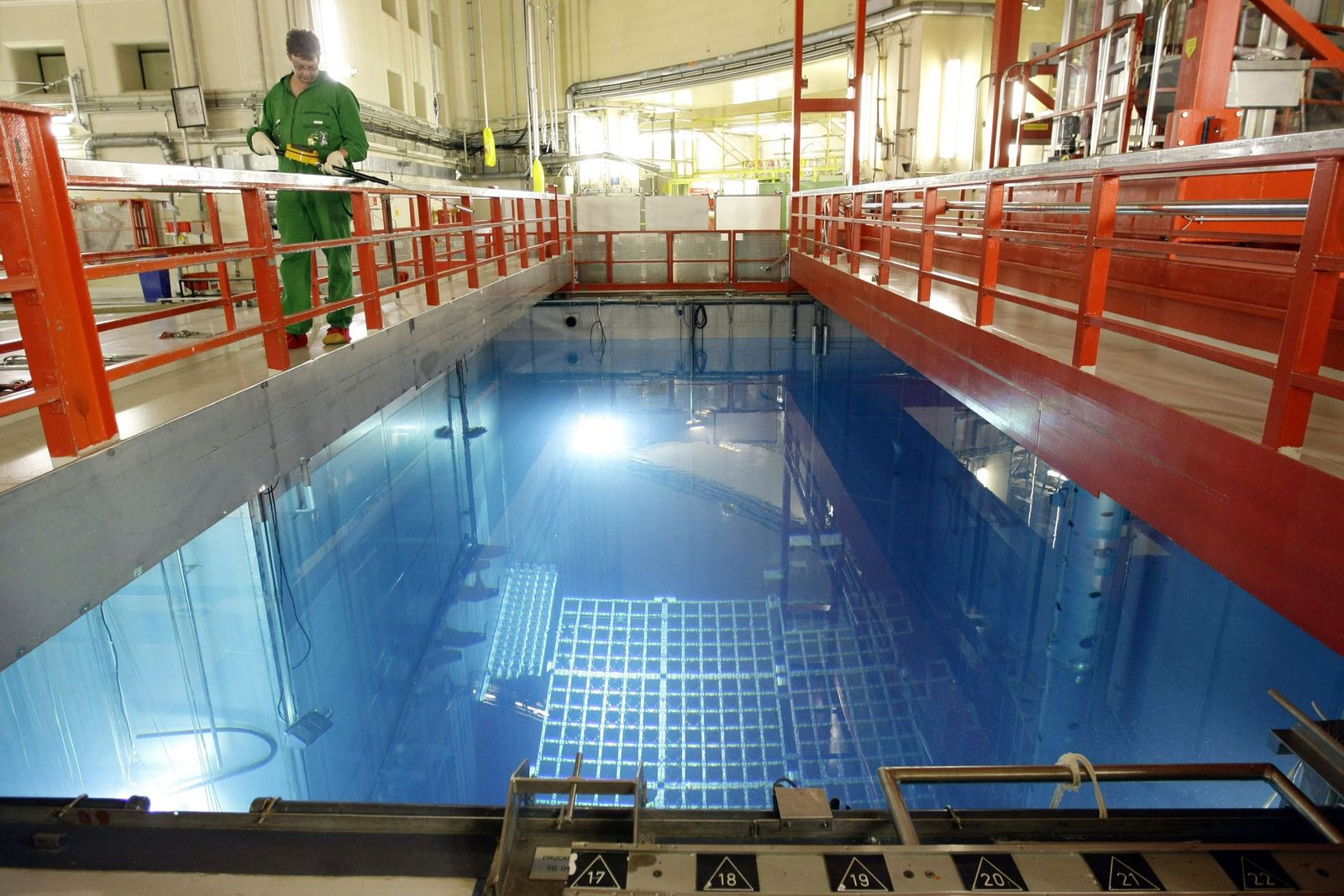