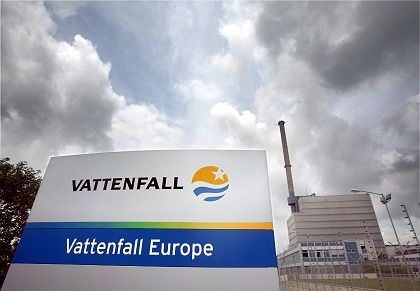 A fire at Vattenfall's Krümmel reactor was worse than the company was willing to admit at first.

The news just keeps getting worse for Vattenfall, a power company with customers across Europe. First, there was a fire in late June at their nuclear power plant in Krümmel, near Hamburg -- a fire which the company played down before being forced to admit that the reactor itself had been affected.

Then on Sunday, the company revealed that a second German reactor had to be shut down due to a buildup of hydrogen in reactor pipes -- a problem that led to an explosion at the same site in 2001. The company waited almost a week to inform regulatory authorities.

At a Monday meeting with company leaders, German officials said the company may lose its license to operate nuclear reactors as a result of these two mishaps. Gitta Trauernicht, responsible for nuclear oversight in the state of Schleswig-Holstein -- where both problem sites are located -- said that she would investigate whether Vattenfall can be relied on to safely operate atomic reactors.

"I will work closely with the (German) Environment Ministry and will take full advantage of all the instruments available to me" to ensure adequate oversight, Trauernicht said on Monday. She said she would not hesitate to withdraw the company's operational license if it became clear that the company was operating irresponsibly.

The German public, already concerned that nuclear reactors may not be phased out by 2021 as the government under former Chancellor Gerhard Schröder had resolved, was less than impressed by the time it took for Vatenfall to go public with the two mishaps. On Tuesday, German commentators take a closer look.

Nuclear power companies "have reflexively played down disturbances since the technology has existed. That reflex is the only way to explain the hesitance to go public with the most recent mishaps. It is also the only explanation for the fact that the hydrogen explosion in the Brunsbüttel reactor in December 2001 was at first described as 'spontaneous leakage.' Only after an investigation by the atomic energy authority did it become clear that the leak was actually a meter-long section of pipe that had been ripped to shreds."

"Mishaps last summer in Sweden's Forsmark reactor -- also run by Vattenfall -- were also first reported as harmless. It only came out later that safety personnel weren't careful enough and sometimes even worked under the influence of alcohol."

"Covering up and playing down -- unfortunately these strategies have been followed ever since nuclear power has existed. That is not acceptable for a technology that in the worst case -- see Chernobyl -- can kill thousands of people."

Conservative voice Die Welt, in an impressive logical backflip, actually uses the mishaps at Krümmel and Brunsbüttel to support the paper's position that Germany should continue to use nuclear energy.

"Of course the mishaps in the nuclear reactors of Brunsbüttel and Krümmel should be thoroughly investigated and Vattenfall has to put a stop to the lapses. Nevertheless, we shouldn't see every incident as a narrowly-avoided meltdown. Behind the almost hysterical reactions many have had to the mishaps, a political calculation can be detected. Every problem in a nuclear reactor is used as an argument against the technology."

"In the interest of protecting the climate, it is desirable that politicians return to more realism. At the same time, energy companies -- Vattenfall first and foremost -- have to commit themselves to the greatest possible transparency and safety in order to dispel doubts about the technology. Otherwise, incidents like those in Krümmel and Brunsbüttel threaten to become a much bigger problem -- for the cause of climate protection."