Seeking to contain a scandal over a personal home loan that has plagued his office for 10 days now, German President Christian Wulff on Thursday issued his first public apology over the affair. "That was not straightforward and I am sorry," he said in a brief television address, conceding that he was aware of how "irritating" the course of events had been.

Wulff, a member of Chancellor Angela Merkel's conservative Christian Democratic Union (CDU), has been under fire for not disclosing that he took a personal loan from a wealthy friend to purchase a house in 2008 while he was governor of the state. Wulff borrowed €500,000 ($652,000) from entrepreneur Egon Geerkens and his wife at a favorable interest rate. But when asked by the Lower Saxony state parliament if he had any business relations with Geerkens, he said he did not.

On Thursday, SPIEGEL also reported that when Wulff refinanced that loan in 2010 in order to pay the Geerkens back, he obtained a bank loan with significantly more favourable terms than those generally given to a normal customer.

Since the scandal broke, Germans have been asking whether their president accepted illegal favors as governor of Lower Saxony and whether he lied to the state's parliament. The president's role, though largely ceremonial, serves as a moral compass in Germany, and many have accused Wulff of damaging the dignity of his office. Wulff had also been sharply criticized for not addressing the public about the scandal, instead speaking indirectly through his lawyers.

On the editorial pages on Friday, most German newspapers remain critical of Wulff, saying that his apology was too little, too late.

"In his statement, which Wulff apparently gave without agreeing to the language with the German government beforehand -- he remains as succinct as one could possibly be. Not a single word too many. And the only expression of regret is for things that have already long been common knowledge. Still, he admitted that he made a mistake -- but it appears that according to his understanding, it was no more than an error in form. According to his self-understanding, it wasn't enough to deserve the kind of 'I am a sinner' confession that Catholic Cardinal Joachim Meisner had suggested. Wulff's statement lacked humility and empathy. With his statuary appearance he unwittingly exposed his conviction that, as German president, he is sacrosanct. Indeed, the president offered too little. And this cannot be the final stroke (in this debate), because too much remains unanswered."

"The president has apologized. Most leading politicians who are in jeopardy retreat to empty phrases and maneuvers in order to avoid any real admission of their mistakes. Wulff has admittedly gone quite far. The question is whether this late admission will be sufficient for him to win back people's trust."

"It's clear that Wulff has seriously damaged the most important capital a president has: his moral integrity. He has damaged the image of his office, and not even sudden contemplation can change that. He will remain president, but people will no longer take him seriously when he talks about debts, the financial crisis or morality in politics."

"Those who ask for forgiveness deserve a second chance. Besides, other presidents have also been able to restore their reputations after scandals. Wulff's ability to be seduced and his penchant for glamour that he can't actually afford make him human. One could also say that he is one of us."

"Wulff's statement became unavoidable after he decided not to speak about (the affair) in his annual Christmas speech. And from a tactical perspective, it certainly wasn't wrong for him to separate a 'private' issue from those of his office. With his admission that his behavior as the governor of Lower Saxony was not direct, Wulff is seeking to draw the final stroke in the debate over his home purchase, his honesty and his behavior towards wealthy friends. On Christmas, he will now be able to talk about the important and significant things in life."

"The question remains how freely and impartially he will be able to do that now and in the future. It may have been easy for Wulff to get rid of the loan that Mrs. Geerkens gave to him, but an 'I'm sorry' won't be enough to quickly solve his problems. Wulff should know that he will have to start over in winning back the trust of the people."

"Wulff's pre-Christmas mea culpa was the equivalent of pulling the emergency brake. And even if the brake was actually pulled too late, hopefully the cart will come to a stop before going over the cliff. As problematic as some aspects of the loans and friends affair may be, it is hardly a sufficient reason for the president to step down. (Because caution is in order, one should also add: This only applies as long as no other indiscretions become public.).

"What would have happened if Christian Wulff had given the statement he gave on Thursday two weeks ago? Wulff would have taken the sting out of a scandal of his own creation if he had spoken these words of regret and remorse. But a statement issued under public pressure isn't worth much."

"And what did the president actually say? Did he say that it was wrong to accept the private loan? Or that it is wrong to allow yourself to be invited to spend your vacation in an expensive holiday home? No. And that shows that Wulff only understands half the issue. Perhaps he will be more cautious in the future, but he's certainly no smarter." 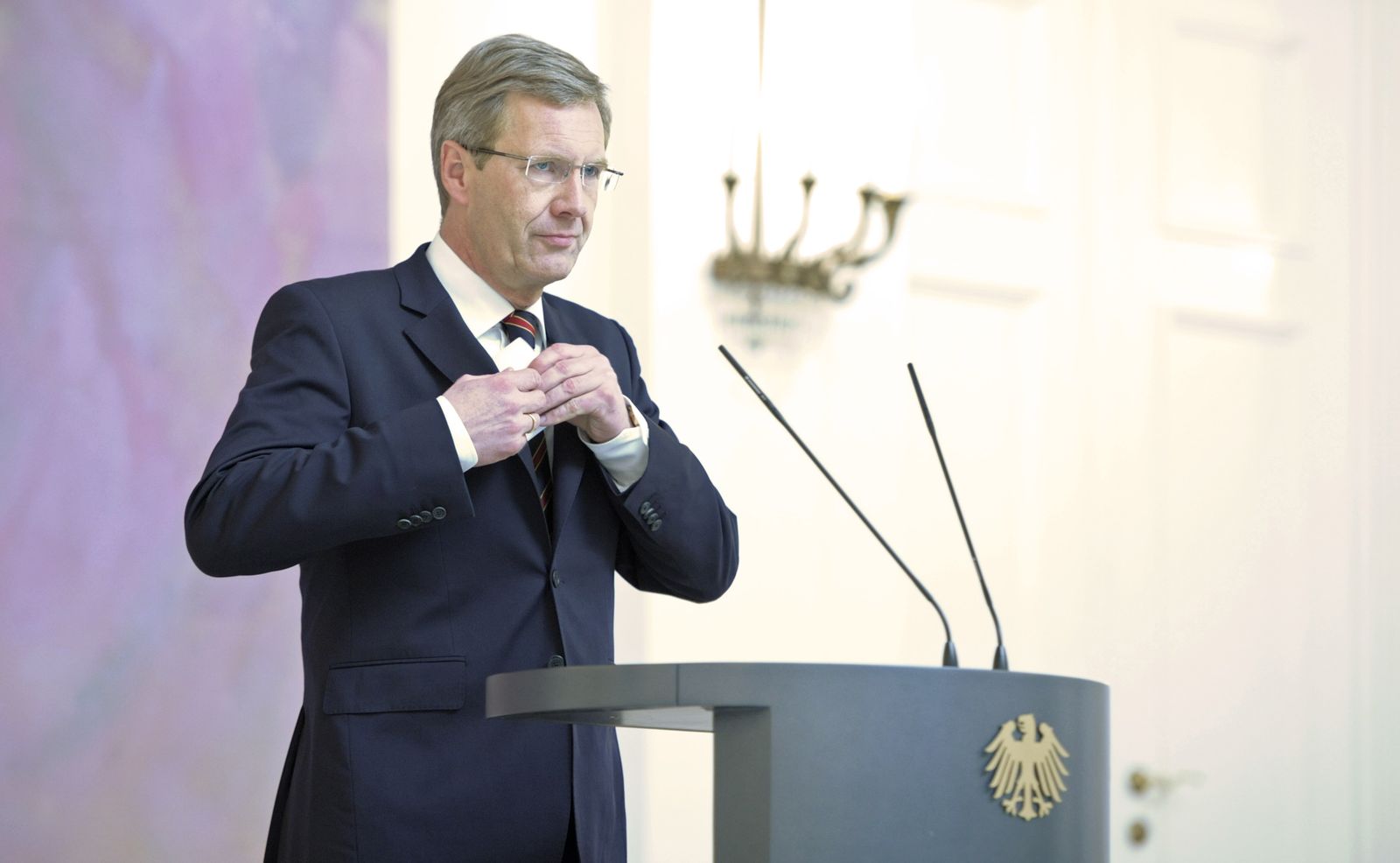 German President Christian Wulff: Did 'I am sorry' come too late?