It has been a long first year of Angela Merkel's second term in the Chancellery. Her government, which pairs her conservatives with the business-friendly Free Democrats, spent most of the year bickering among themselves, postponing difficult decisions and haemorrhaging public support.

Recently, though, Merkel seems to have rediscovered her will to govern. This fall, she has said repeatedly of late, would be an "autumn of decision-making" -- and recent announcements about nuclear reactor lifespans and health care reform show that she means business.

But if she hoped that finally checking off a few items from her to do list would turn down the volume on the widespread criticism of her government, she was mistaken. Indeed, her government's most recent reform -- an adjustment to the country's welfare payments to the long-term unemployed -- has led to a wave of condemnation and disparagement. And once again, Merkel finds herself in a familiar place: on the defensive.

The mini-reform made to the benefits paid to Germany's long-term unemployed, known as Hartz IV, was made necessary following a high-court ruling which found that the method used by the government in calculating the benefits thus far was not transparent enough. In the weeks prior to the reform, announced late Sunday, many in Germany had assumed that Merkel's government would be forced to significantly increase the benefits.

Instead, however, the government's plan calls for monthly benefits to be raised by all of €5 ($6.7), from €359 to €364 for adults. Benefits for children -- which came in for particular criticism by the high court due to the fact that they were calculated as a percentage of adult benefits with no obvious effort to determine exactly how much children need each month -- will be supplemented with certificates to enable participation in sports clubs, music courses and summer camps. Money will also be made available to ensure that children of welfare recipients receive a hot midday meal.

Still, the meager increases have outraged many, first and foremost the opposition in Berlin. Indeed, the center-left Social Democrats (SPD), together with the Green Party and the Left Party, have threatened to block the reform in the Bundesrat, Germany's upper legislative chamber, where they have the majority. The SPD has even threatened to petition Germany's high court to take up the matter once again.

Many in the opposition have accused the government of showing a greater concern for its budgetary requirements than for adhering to the high court demand that the Hartz IV benefit payments be founded on a detailed analysis of what the unemployed need to survive. Merkel's government recently passed a far-reaching austerity package in an effort to reduce Germany's sovereign debt and budget deficit. Welfare payments represent a significant portion of government outlays. Some 6.83 million people receive Hartz IV payments in Germany, accounting for expenses of some €50 billion annually.

Merkel's labor minister, Ursula von der Leyen, has responded to criticism by saying that the benefits as they now stand are the result of careful calculations based on the average expenditures of low-income families. "The numbers from the Federal Statistical Office are clear," von der Leyen told the tabloid Bild on Monday. "The SPD cannot ignore them."

German commentators jump into the lively debate on Tuesday.

"Hartz IV was always intended as a transition period, for the few months it takes to find a new job. But from the very beginning, it never really worked. Millions have become permanently dependent on the money, because there is no job available to them, or because they are not qualified for those positions that are open. But in order to live a life in dignity on Hartz IV, the €364 is indeed too little. Even worse, there is a large chance that the children of Hartz IV recipients will also later become dependent on federal assistance."

"Compared with other countries, Germany pays out a lot of money for children, but not for childcare. Therefore, there is little effect. What will become of the children depends more on their backgrounds than it does in other industrial nations. Poverty is inherited here. Children from the lower classes ... are underrepresented in sports, music, and cultural offerings. Those who come from the bottom, whether or not they are from immigrant families, have a hard time climbing up the ladder."

"The education package from the labor minister is therefore an improvement. A warm midday meal at school, tutors and the sports clubs' fees that the state is taking over -- all of that can help pull children out of the Hartz IV ghetto. But it is nowhere near enough. For the Hartz society in Germany to shrink, the billions spent on family policy by the state and federal governments must be better invested."

"The indignation over the new calculations for Hartz IV was to be expected. The discussion is about humiliation and a lack of justice. It is shameful discourse, in which solutions are not being searched for at all."

"In making (the new calculations), the federal government did what the Constitutional Court required. Using data from thousands of households, they calculated what is actually available to the weakest in our society. Based on that, they gave out a Hartz IV rate that is only €5 higher than before. Nothing is unjust about that."

"What is unfair, however, are the other problems that the long-term unemployed have to fight against -- above all the fact that many aren't able to make the leap into an independent life with gainful employment. If one were to simply give them more money as the opposition demands, it would make thousands of welfare recipients even more passive and make work even less worthwhile."

"The real scandal in Germany is not that Hartz IV recipients are receiving lower benefits than many had hoped would be the case. Rather, the real scandal is how little net pay is leftover for those who have a poorly paid fulltime job. Building cleaners, hair dressers, security guards -- the list of those who have a gross income of just over €1,000 per month is long. That is hardly enough for a single person. For a family, it is paltry, even if both parents have such a job."

"The fact that net salaries are so low despite minimum wages having been established in many branches has a reason: paycheck deductions. Income tax isn't to blame -- those who earn low salaries pay little to none. But those earning €800 or more have to pay (social insurance and other such deductions) in full."

"As a result, the income one must earn to make work worthwhile is thus higher than statistics on the difference between welfare payments and low-income jobs would make it seem. With every cent that social insurance payments rise, the difference between the two shrinks further. If the government really wants to improve the motivation of Hartz IV recipients to find a job, they should begin here."

"The high court justices did not find fault with the size of the Hartz IV payments, rather with the arbitrariness with which the minimum payment was established -- a method the court said was not consistent with the constitutional right to human dignity. They also demanded that the costs for the education and social activities of children of Hartz IV recipients be considered. Charities, unions and the opposition in Berlin all misinterpreted the ruling as a demand to (significantly) increase the benefits -- and irresponsibly awakened such expectations by the recipients as well."

"Given such a situation, Merkel's government was successful in finding a compromise that is full of good intentions, but which does not yet guarantee that those intentions will be fulfilled." 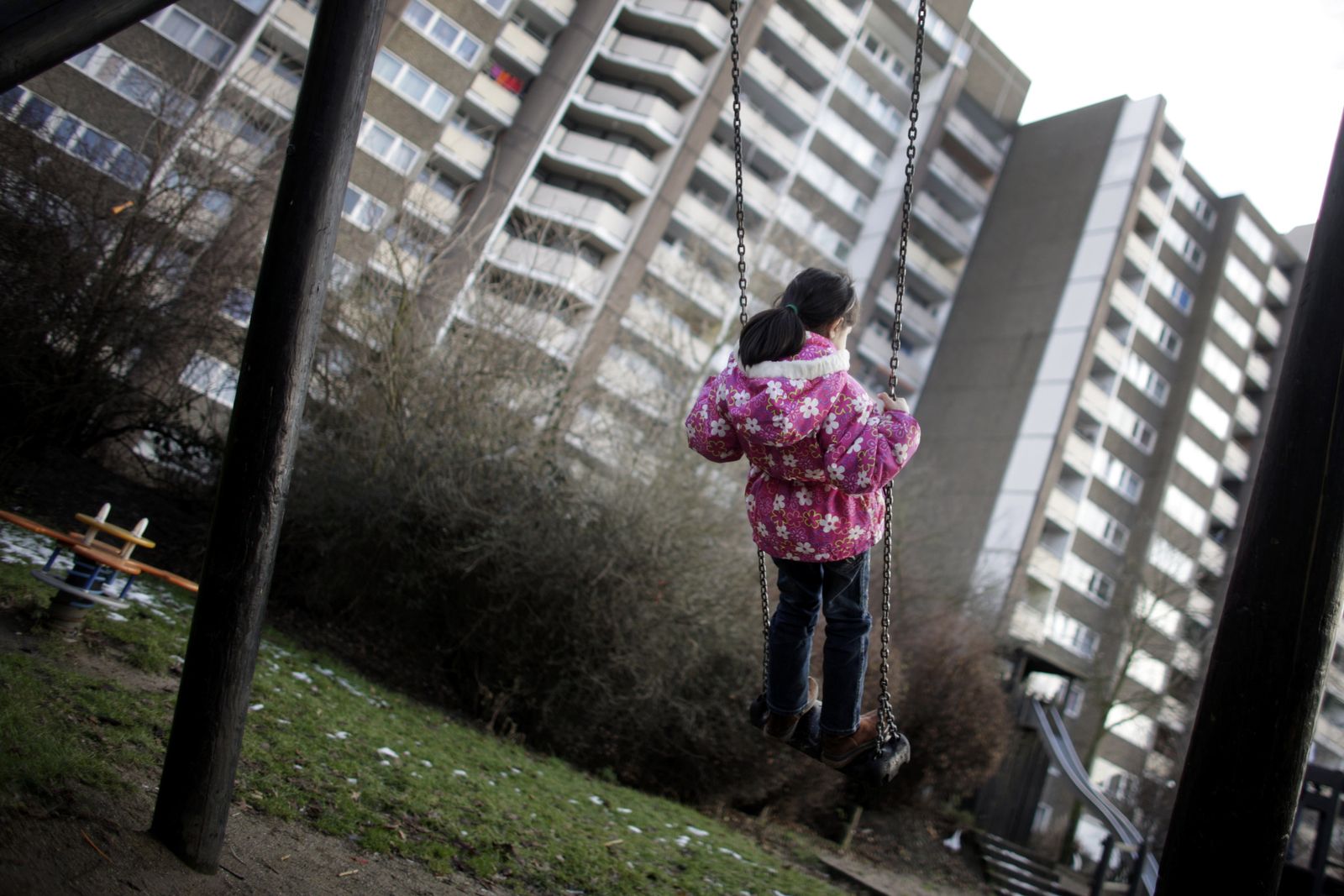 Chancellor Merkel's government has been criticized for its mini-welfare reform.