Chancellor Angela Merkel, a master tactician when it comes to the politics of power, has been outmaneuvered for once, and could get into serious trouble as a result. The sudden resignation of the country's largely ceremonial president and head of state, Horst Köhler, last Monday was the latest in a series of blows that have dented her reputation with voters and her authority in government this year.

To avoid further damage and to demonstrate that she still has a firm grip on the reins in Berlin, Merkel needs to find a suitable replacement for Köhler and to ensure that he gets the necessary backing from her center-right majority in the Federal Assembly, the special parliamentary body which will convene on June 30 to elect the president. This has turned into an important test of her leadership, and so far, it isn't going well.

Her chosen candidate for president, Christian Wulff, the governor of the northern state of Lower Saxony, initially seemed like a safe and easy choice. Wulff, a deputy leader of Merkel's conservative Christian Democrats (CDU), is a bland, inoffensive career politician who has honed his Mr. Clean image with soapy soundbites such as this one: "What gives me strength is the hearty warmth of ordinary people." Merkel, confident of her parliamentary majority, rejected an offer from the opposition parties to agree on a compromise candidate for the presidency.

Strongly in Favor of Gauck

Wulff would have been a shoo-in for the job if the Social Democrats and Greens hadn't landed a coup by nominating a rival who most observers and even many of Merkel's followers believe would make a far better president -- Joachim Gauck, 70, a Protestant pastor from eastern Germany who opposed the communist regime, someone whom Merkel herself has showered with praise in the past. After unification, Gauck spent 10 years heading the authority that manages the archives of East Germany's secret police, the Stasi, thereby making a major contribution to shedding light on the crimes of East Germany.

Unfortunately for Merkel, large parts of the German media, including SPIEGEL magazine and mass-circulation Bild am Sonntag, have come out strongly in favor of Gauck, and some eastern German members of the pro-business Free Democratic Party (FDP), the junior partner in Merkel's center-right coalition, have raised the prospect that they might vote for Gauck rather than Wulff on June 30.

Newspapers have been comparing the biographies of the two contenders and many have concluded that Gauck has much more to offer the nation. SPIEGEL writes that Wulff hasn't come up with a memorable initiative or piece of legislation in over 30 years in politics, while Gauck struck a blow for freedom and democracy by helping to bring down the East German regime.

Media are calculating that it would only take 22 rebels in Merkel's coalition to deprive Wulff of the required absolute majority in the first two rounds of voting in the Federal Assembly, the body made up of the 622 members of the Bundestag, Germany's lower house of parliament, and the same number of delegates appointed by the country's 16 states. That alone would hugely damage Merkel's authority as CDU leader and chancellor. After the first two rounds, candidates need merely a simple majority. Were Gauck to ultimately win, it could spell the end of Merkel's government, German media commentators write on Monday.

"Chancellor Merkel has once again been unmasked as a power politician who has been guided by internal party considerations in her choice of the man meant to represent all German citizens."

"The reaction in parts of the media as well as among the conservatives and the FDP to the nomination of Lower Saxony Governor Wulff make clear: on June 30, Merkel's chancellorship will be in real danger for the first time. If Wulff isn't elected in the first or second round of voting in which the absolute majority is necessary, there would be a massive resurgence of the leadership debate. Not to mention what would happen if Wulff loses against his challenger Joachim Gauck in the third round."

"Wulff -- centrist politics impersonated, the personification of German normality -- wouldn't have had such poor chances of cutting a good figure. There's something paternal about him, as well as something youthful and -- this is a particularly valued asset -- he knows his way around the political system thanks to decades of party political and government work. Things could have gone smoothly if Joachim Gauck hadn't suddenly emerged. But Wulff looks bad compared with Gauck. That's not his fault, it's to Gauck's credit. The ruling parties seem to be reacting by digging in their heels. The ranks are being closed, dissent is being portrayed as betrayal of the government. But what, apart from vain pride, should prevent a rethink given the new circumstances?"

Left-wing Die Tageszeitung devotes its entire front page to reprinting verbatim a speech Merkel gave on Jan. 22 in Berlin on the occasion of Gauck's 70th birthday in which she showers him with praise, calling him an "outstanding speaker," an "exciting personality," a "true teacher of democracy," a tireless advocate of "freedom, democracy and justice." The newspaper's headline is "Merkel's Ideal President."

"Gauck could turn into a disaster for Merkel. Her style of politics is backfiring now -- taking decisions on her own, alienating allies and weakening strong political figures.... Merkel stands to lose more than the sympathy of a wing of her party or the backing of infuriated regional governors. She can withstand 21 rebels in her own ranks. One more and Wulff will have failed, at least in the first round of voting."

The paper quotes an unnamed Merkel ally as saying that a defeat of Wulff would be a "disastrous scenario" for Merkel and would herald ther end of her center-right coalition.

"If Gauck wins, it will be the knock-out blow for the center-right coalition. It will be the end of the government, then the dream duo Merkel-Westerwelle would have no option but to bid their sad farewells. One might find it regrettable that the presidential election is once again getting sucked into the maelstrom of party politics. But it's a simple fact: this isn't just about Gauck or Wulff -- this is also about Gauck or Merkel." 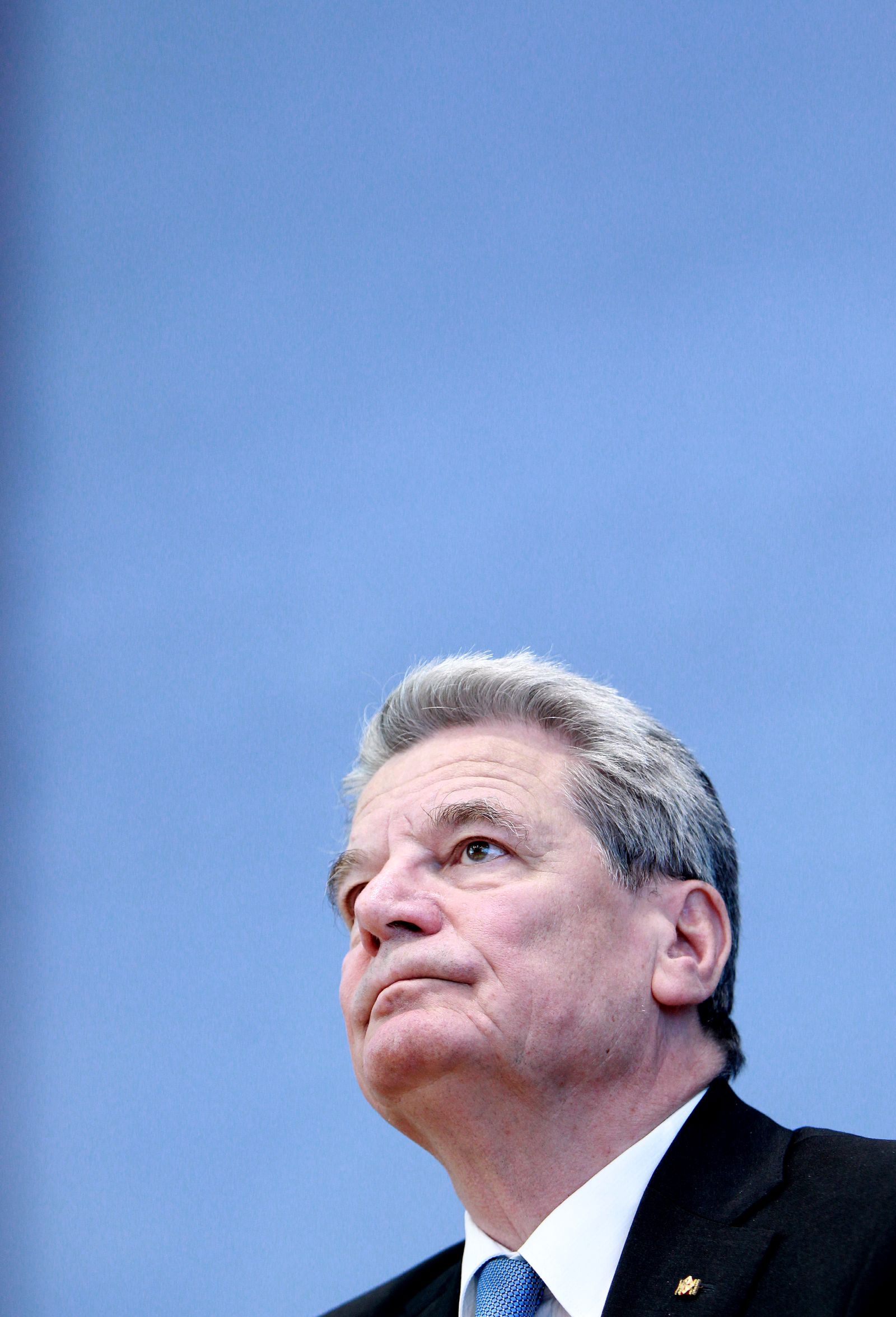 Joachim Gauck helped bring down the East German communist regime. Will he bring down Merkel?