When German President Christian Wulff said that "Islam also belongs in Germany" during his speech to mark the 20th anniversary of German reunification on Sunday, he was initially showered with praise for recognizing the reality that around 4 million Muslims now live in Germany. Yet just a few days later, it is clear than many on the conservative side of German politics and society are still deeply uncomfortable with such a statement.

The ongoing unease in some quarters about the country's Muslim population was revealed by a poll published by the influential mass circulation newspaper Bild on Tuesday which showed that 66 percent of those polled disagreed with Wulff's assertion and only 24 percent agreed with it.

That gave the green light to conservative politicians to line up to attack Wulff, a member of Chancellor Angela Merkel's center-right Christian Democratic Union (CDU). Wolfgang Bosbach, CDU member and chair of the German parliament's domestic affairs committee, told Bild that, "while Islam is a part of daily reality in Germany, ours is a Judeo-Christian tradition."

Norbert Geis, of the Christian Social Union, the CDU's Bavarian sister party, told Bild that: "If the president wants to put Islam in Germany on an equal footing with Christianity and Judaism, then I think that is wrong." And Christine Haderthauer, a CSU member who is social affairs minister in Bavaria, warned in the Leipziger Volkszeitung that: "Such a statement can be misunderstood. Religious freedom cannot be allowed to become religious equality."

By Tuesday, Merkel was rushing to point out that, while Wulff had indeed said that Islam belonged in Germany, he had also said that the country's roots were Judeo-Christian. "Now we obviously have Muslims in Germany. But it's important in regard to Islam that the values represented by Islam must correspond with our constitution," she said, adding: "What applies here is the constitution, not Shariah law."

And on Thursday, Interior Minister Thomas de Maizière rejected calls from some center-left Social Democrats and Greens for Islam to be recognized as a state religion along with Christianity and Judaism. Speaking on Deutschlandradio Kultur, he said: "If you now ask: Will Islam be put on the same level as the Judeo-Christian understanding of religion and culture that we have, then my answer is: not for the foreseeable future."

The conservative backlash may be surprising, considering four years ago a similar statement to Wulff's was made by then-Interior Minister Wolfgang Schäuble. Ahead of the 2006 integration conference which he had convened, Schäuble, who is now finance minister, said: "Islam is a part of Germany and a part of Europe, a part of our present and a part of our future. Muslims are welcome in Germany."

Yet Wulff's speech should also be seen in the context of the heated debate in Germany in recent weeks following the publication of a controversial book by Thilo Sarrazin, then a member of Germany's Central Bank, in which he accused Muslims of sponging off welfare, refusing to integrate and not attaining high enough levels of education.

On Friday, commentators in Germany's main newspapers take a look at the issue.

"With every day that has passed since his words to mark the unification anniversary, the German president has gained in stature and his speech has become more historic."

"Under Angela Merkel, the Christian Democrats have turned their backs on the lie that Germany is not a 'country of immigration.' Instead they use mottos like 'country of integration' and that the immigrants have to be 'challenged and encouraged.' Some people in Germany are overwhelmed by this development. And even among the CDU grassroots there is grumbling about the fact that Merkel dismissed Thilo Sarrazin's book as 'not helpful.' At the core of this debate is the question of whether Muslims and their religion are treated on an equal footing in this country -- or whether they are kept at bay and basically denied integration."

"Wulff's critics are splitting hairs when they claim that Muslims may belong in Germany, but not 'Islam.' Can there be Muslims without Islam? ... In this debate it would be better to ask the question that Wulff could not or would not answer: How can an Islam that is still marked by authoritarianism become a thoroughly welcome part of an open, pluralistic society?"

"It doesn't help to treat the problem of living together with Muslims as a religious conflict. It is not religious belief but secular values that mark the Germany of today."

"In the end, our relationship with Islam will not be decided by the domestic immigration debates. If we surrender Afghanistan to the Islamist butchers, allow the Iranians to have nuclear weapons and accept Turkey's anti-Israel path, then the well-meaning integration attempts won't prevent the acceleration of political Islam here too."

"For (Wulff), democracy is the shaping of the future by everyone who lives in this country, including Muslims."

"Wulff is building on what former Interior Minister Wolfang Schäuble said in 2006 ahead of the integration conference. Schäuble described the Muslims in Germany as a 'part of the German present and future.' Sadly the unfortunate debate about whether Germany is a 'country of immigration' teaches us that one can still have a heated discussion for an unbelievably long time about a fact that is self-evident."

"The denial of reality meant that it took decades after the arrival of the first 'guest workers' for an immigration and integration law to be drafted. It is the task of the president to prevent this kind of blindness."

"Did the president just state a banality, as his defenders claim? That would be an insult to the German head of state. Others have gone further in their interpretation of his speech. The SPD and the Greens are already going ahead to the next level by suggesting that Islam should be recognized as a state religion. The conservative CDU/CSU are still a bit all over the place, shouting Leitkultur ("leading culture," a controversial political term used in the German debate on immigration), which they are allowed to do ever since the SPD leadership used the word to rid itself of Sarrazin."

"But insisting on the Judeo-Christian fundamentals is not without risk. The general secretary of the Central Council of Jews sees this as an attempt to use Judaism against Islam. What did the president want to achieve with his speech again? Oh yes, foster solidarity." 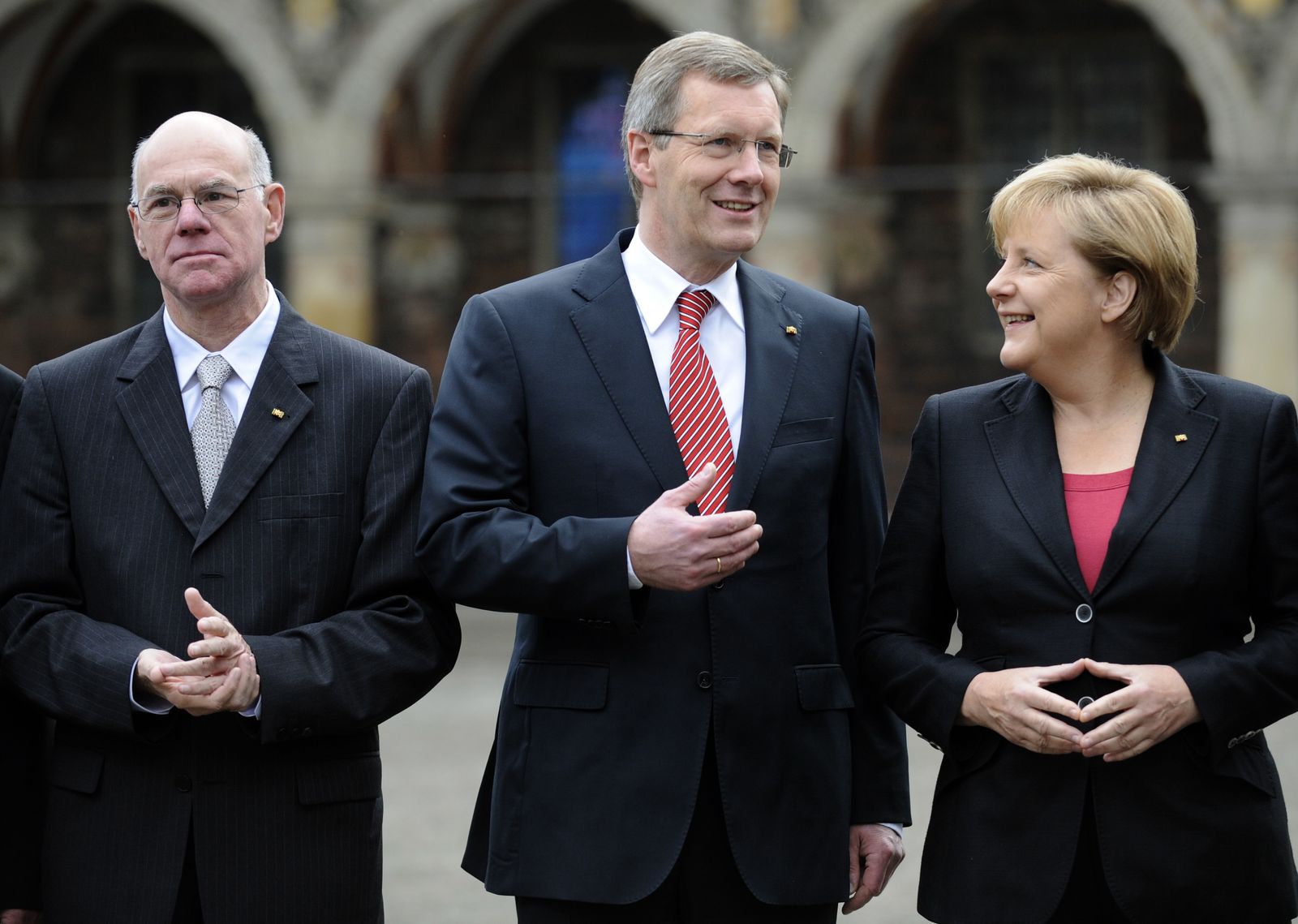