Germany's Environment Minister Norbert Röttgen announced Thursday that he wants to revise the country's renewable energy law to help contain the costs of solar subsidies. The move comes as the future of solar subsidies has been called into question by members on both sides of the country's ruling center-right coalition of conservative Christian Democrats (CDU) and business-friendly Free Democrats (FDP).

After meeting with representatives of the solar industry in Berlin Thursday, Röttgen, a member of the CDU, said that the law (known as the EEG) will be amended, and he is in favor of doing so quickly. The law itself, though, will remain on the books. "There will be no systemic change to the EEG," Röttgen said.

Solar farm operators and homeowners with solar panels received more than €8 billion ($10.2 billion) in subsidies in 2011, but contributed only three percent of the country's total energy supply. The future of renewable energy is a major issue in Germany, where the government announced earlier this year that it would be phasing out its nuclear energy program.

Under Germany's renewable energy law, each new energy system qualifies for 20 years of subsidies. A flood of new solar farm operators and private users have pushed up the costs of those subsidies, opponents argue, passing the costs of the government support on to all electricity consumers nationwide.

Michael Fuchs, the deputy parliamentary floor leader for Chancellor Angela Merkel's CDU, criticized Röttgen in this week's edition of SPIEGEL for not reducing subsidies sooner. "The environment minister complete misjudged the situation," he said. "It was a mistake that we did not set an upper limit for the subsidization of solar energy systems."

The parliamentary leaders of the CDU and the FDP sent Röttgen a letter asking him to outline a subsidy concept by Jan. 25. The situation has pitted Philipp Rösler, the Economy Minister and the FDP party chair, against Röttgen. Rösler favors abandoning the current system of subsidies altogether.

"The debate over the support for renewable energy has turned into an undignified spectacle. On the one side of the stage is the Environment Minister Norbert Röttgen, and on the other side is the Economy Minister Philipp Rösler. If they continue to keep up this act in the future, then the planned energy transition will break down. A joint effort from both sides is desperately needed."

"[Röttgen] is doing everything he can to give the companies prospects for growth. At the same time, he is trying to give the impression that he wants to put pressure on the solar industry so that costs don't explode. Presumably, with these goals in mind, he met with representatives of the solar industry yesterday. In doing so, he wants to look for solutions by studying the driving costs of the past few years."

"No one seems interested right now in the decisive question of how much solar power actually makes sense for the energy demands from 2020 to 2030. That is troublesome. Upcoming debates over the expansion of networks and the new construction of power plants and storage facilities is not promising for the tug-of-war over renewable energy. It would be better if the energy transition as an issue were not used simply for political gain."

"The Environment Ministry plans at first to change the payment terms. The solar subsidies should in the future not be lowered in six-month intervals, but in monthly steps. This measure is intended to prevent a rush to buy panels shortly before the date a subsidy reduction is expected."

"It is unlikely that the solar expansion will really be slowed down in this way. Because the record expansion in December had little to do with eleventh hour purchases. The majority of new solar modules that were installed in open land had been planned for months. And everything suggests that investors in the current low-interest phase will still overwhelmingly invest in solar panels that, for more than 20 years pass the state-guaranteed returns of seven to eight percent on in costs to the consumers. The swelling avalanche of costs won't be stopped with half-hearted readjustments. Only a solid cap on spending for solar subsidies can really protect the consumer."

"It is thanks to Jürgen Grossmann that the debate over the energy revolution has become so amusing in the past few weeks. Grossmann, the CEO of the energy giant RWE said the subsidization of solar energy in Germany was as useful as 'growing pineapples in Alaska.'"

"These days, solar bashing is especially well-loved by those who last year had to take possibly the biggest setback of their careers: the phase-out of nuclear energy from the center-right coalition, namely their own parties. Add to that the energy transition. My God, the environmentalists have won…"

"Maybe it's worth the effort to refute the popular arguments against solar energy. Solar energy is expensive, but is it as ridiculous as growing pineapples in Alaska? Already this year, the kilowatt hour of Germany-produced solar energy will be remunerated, depending on the size of the installation, with 15 to 21 cents. Under current proposals, that amount will be 10 to 15 cents by 2015. It would be so cheap, that it would no longer be worth using state subsidies. New installations could then theoretically manage without support. Those then, who would buy from Grossmann, instead of producing their own energy, would pay twice as much. Solar subsidies were put in place to make solar energy competitive, and it has worked."

"An Economy Minister (Philipp Rösler) who only adds up the costs, and not the uses, of solar energy is stuck to the old model of energy supply, with individual companies, the energy giants, ruling the market as a monopoly." 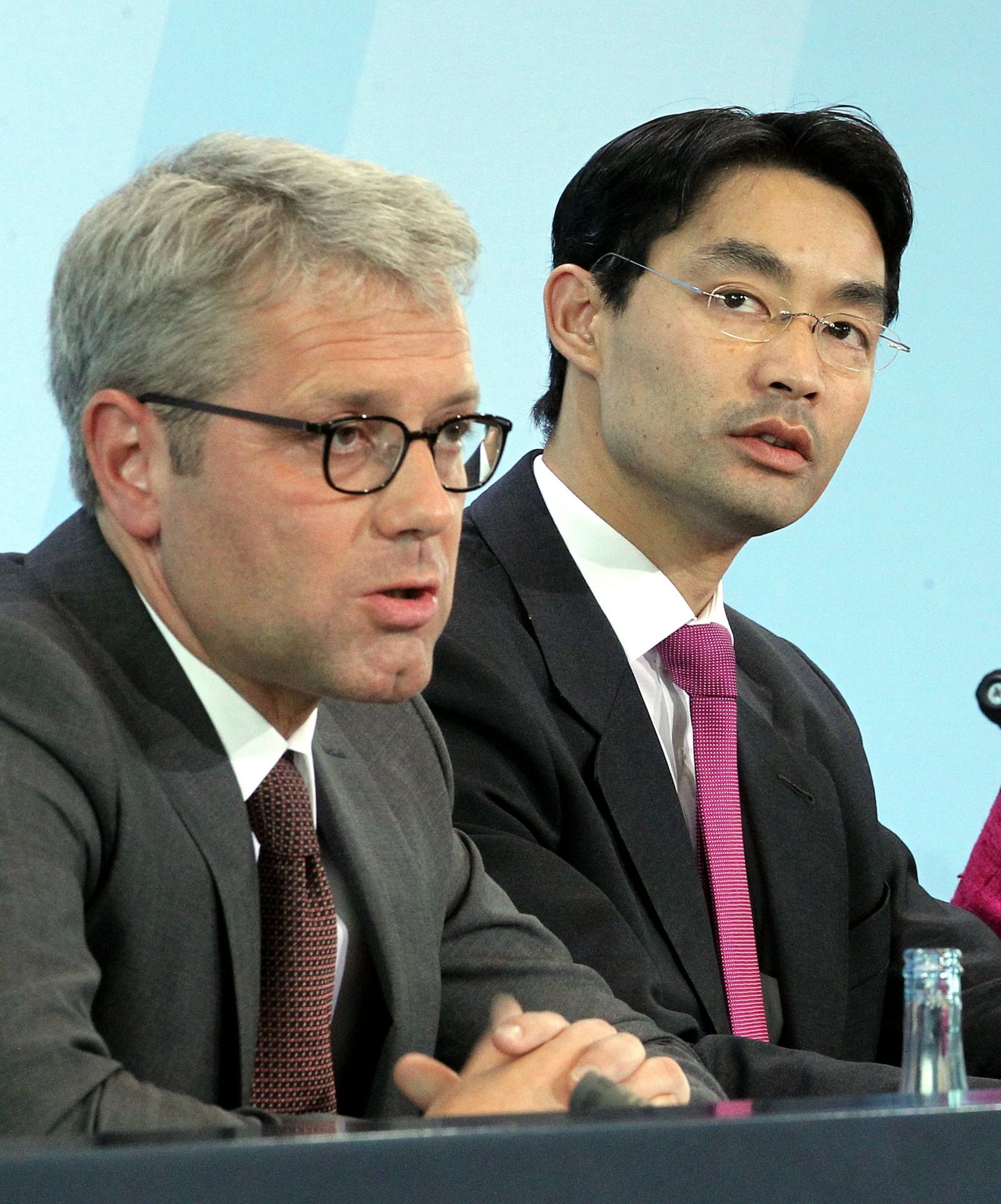